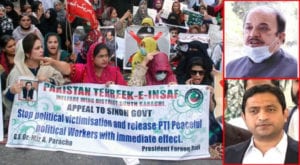 KARACHI: The Pakistan Tehreek-e-Insaf’s (PTI) Karachi chapter staged a protest outside the Karachi Press Club, demanding the release of Opposition Leader in Sindh Assembly Haleem Adil Shaikh and against alleged fake cases registered against their party leaders and workers. PTI 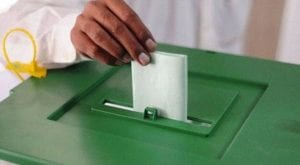 KARACHI: The by-elections are being held on two provincial assembly seats of Sindh including Karachi’s PS-88 and Sanghar’s PS-43 as well as Pishin’s PB-20 in Balochistan. The Election Commission of Pakistan (ECP) has organised by-elections on two vacant seats of 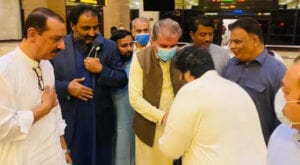 KARACHI: The Pakistan Tehreek-e-Insaf (PTI) is facing a severe rift after the nomination of Federal Minister Faisal Vawda and wealthy constructor Saifullah Abro for the Senate elections from Sindh. Foreign Minister Shah Mehmood Qureshi has reached Karachi on Monday morning 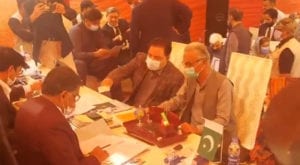 KARACHI: The candidates of the Pakistan People’s Party (PPP) from Sindh have submitted their nomination papers for the upcoming Senate elections. Chief Minister of Sindh Syed Murad Ali Shah visited the provincial election commission office on Saturday for the submission 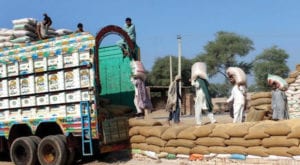 KARACHI: The Sindh Cabinet has decided to fix the wheat procurement target for crop 2020-21 at 1.4 MMT at a rate of Rs 2000 per 40 kilograms. Sindh Chief Minister Syed Murad Ali Shah chaired the meeting of the provincial

The education system in our country, particularly in the province of Sindh, lies in dire straits marred by official apathy and negligence. A recent report has revealed that only 4.5 million children are enrolled in schools across Sindh while more 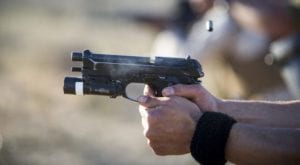 KARAHI: As soon as the ban on issuing arms licenses was lifted in Sindh, various unscrupulous elements have started demanding heavy amounts to issue non-prohibited and prohibited-bore licenses, it has been revealed. The fee for arms licenses in Sindh ranges 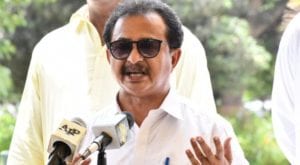 KARACHI: An anti-encroachment operation commenced in Malir district during which more than 500 acres of government land has been retrieved. The operation started on the directives of Deputy Commissioner Malir against cancelled lands who lease was cancelled three decades ago. 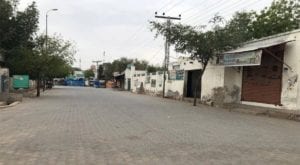 KARACHI: Smart lockdown has been implemented in Sindh including the provincial capital from today under the new government order. According to details, the Sindh government has issued a new order for coronavirus SOPs. From today until 28th February, new guidelines 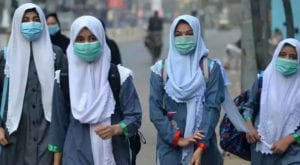 KARACHI: Sindh Minister for Education Saeed Ghani has confirmed that the schools across the province will reopen from Monday i.e. 1st February. As per the Sindh government, the examination for the matriculation and intermediate students will be held as scheduled 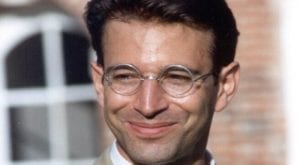 KARACHI: The Sindh government moved a petition in the Supreme Court seeking review of its decision upholding the acquittal and ordering the release of the prime suspect Ahmed Omar Saeed Sheikh in the murder case of American journalist Daniel Pearl. 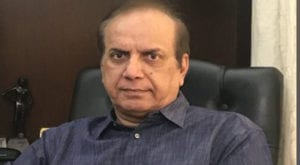 KARACHI: Sindh energy minister Imtiaz Ahmad Shaikh has declined the increase in gas tariffs and demanded more representation of provinces in Oil and Gas Regulatory Authority (OGRA). The minister termed gas tariff hike a consequence of monopoly in the regulatory, 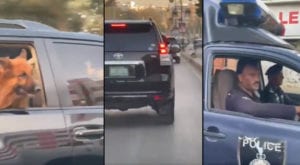 KARACHI: Governor Sindh Imran Ismail has denied that a dog was given protocol in an official vehicle after a video of the incident went viral on social media. In a video statement, the governor clarified said incident is ‘false and 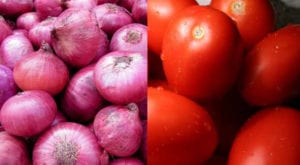 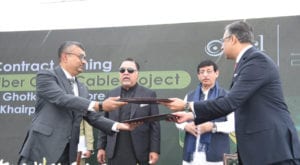 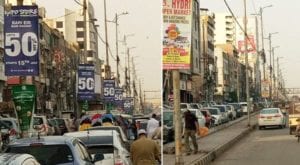 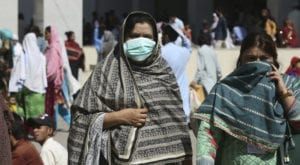 KARACHI: Around 22 more patients died of coronavirus in Sindh, taking the total number of deaths due to the virus across the province to 3582. According to the latest figures released by Chief Minister Murad Ali Shah, 953 new cases 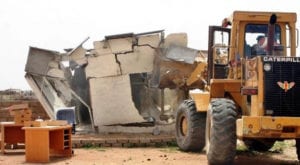 KARACHI: A petition has been filed in the Sindh High Court (SHC) on Friday against a wide-scale anti-encroachment operation in Karachi. The owners of shops located in Korangi Sector 44-A have filed a petition against demolition notices issued for 312 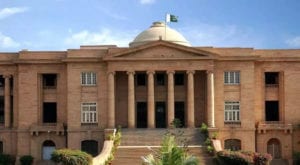 KARACHI: Sindh High Court (SHC) has ordered the provincial government to remove all officials facing corruption and criminal cases from their posts and return their ill-gotten wealth. The SHC’s division bench, headed by Justice Nadeem Akhtar, heard the plea filed 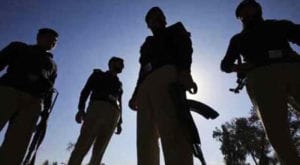 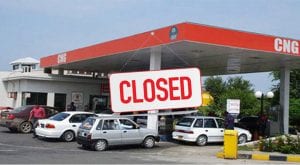 KARACHI: The Sui Southern Gas Company (SSGC) announced on Wednesday that CNG stations in Sindh and Balochistan will be closed for three days. The stations will reopen at 8 am on Saturday, January 2. SSGC has cited low gas pressure 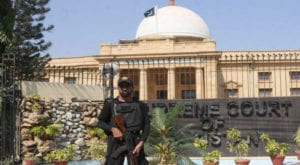 KARACHI: Supreme Court on Tuesday summoned Sindh Chief Minister Syed Murad Ali Shah on Tuesday and instructed him to ensure the removal of all encroachments in the city and submit a report within one month. Chief Justice of Pakistan (CJP) 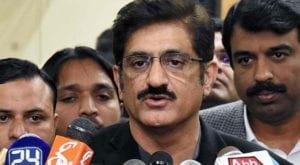 KARACHI: Chief Minister Sindh Murad Ali Shah has said the Pakistan People Party (PPP) will participate in the Senate elections and upcoming by-election. The chief minister was speaking to reporters after arriving at Garhi Khuda Buksh to attend the 13th 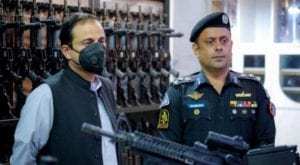 KARACHI: Spokesperson of Sindh Government Murtaza Wahab has said that Sindh Police personnel have restored peace in our province especially in Karachi by sacrificing their lives. He expressed these views while visiting the Special Security Unit and talking to the 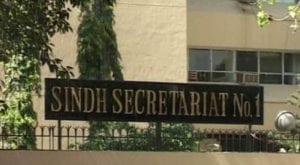 KARACHI: Sindh bureaucracy on Saturday witnessed a massive reshuffle after several officials including Karachi Commissioner and Administrator Karachi Iftikhar Shallwani. According to the notifications of changes issued by the provincial authority, Iftikhar Shallwani was directed to report to the Services 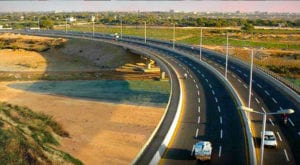 KARACHI: The Sindh Government is set to commence the construction work of the Malir Expressway in Karachi this month. The 39.4 kilometers long expressway will begin from Jan Sadiq Bridge Zero Point and end at Kathore Bridge. The construction will 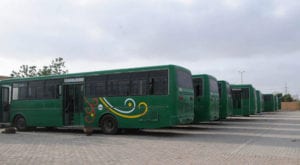 KARACHI: The Sindh cabinet on Wednesday approved the resumption of 66 CNG buses of Karachi Metropolitan Corporation (KMC) for transportation in the metropolis. The buses will be handed over to the private sector for five years to provide transportation facilities 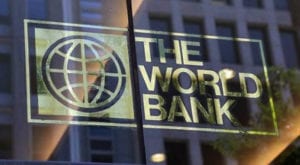 ISLAMABAD: The World Bank has approved $300 million in financing for two projects in Pakistan, the Sindh Resilience Project and the Solid Waste Emergency and Efficiency Project. The investments will bolster Pakistan’s efforts to build resilience to natural hazards such 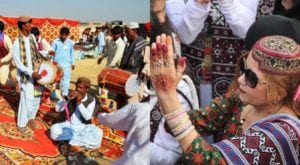 Sindh Cultural Day is widely celebrated with traditional enthusiasm to highlight the centuries-old rich culture, language and traditions of Sindh. The day is marked every year on the first Sunday of December since 2009. The day is celebrated all over 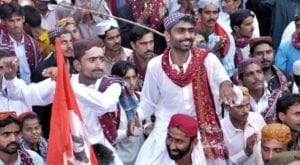 KARACHI: Sindh Cultural Day is being across the country with traditional enthusiasm and fervour to highlight the ancient civilization and rich culture of the province. The day is marked every year on the first Sunday of December all over Sindh