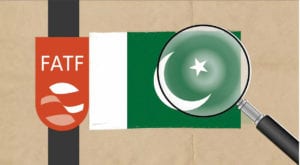 The three-day virtual meeting of the Financial Action Task Force (FATF) has ended in Paris.   According to the sources, the decision on retaining or removing Pakistan’s name from the grey list will be announced today at 9:30 pm. The president 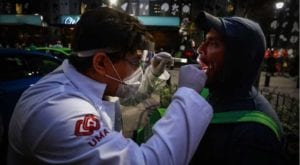 WASHINGTON: The coronavirus has infected more than 90,693,444 million people worldwide and killed 1,943,171 people. More than 64,813,702 million patients of coronavirus have been cured in the world and more than 23,936,571 million are undergoing treatment. Coronavirus’ situation is the 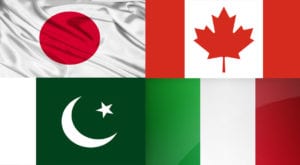 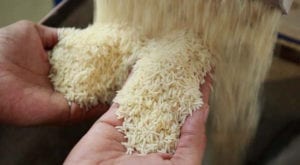 ISLAMABAD: Pakistan’s basmati exports which were slightly lower last year, have increased in 2020. According to the statistics agency, rice exports in 2020 were 16 percent lower than in 2019. In the year 2020, 47,75,445 tons of rice were exported. 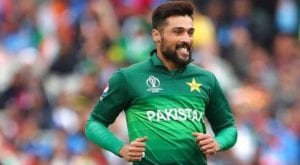 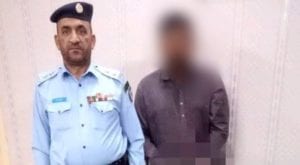 ISLAMABAD: Police have arrested a suspect involved in snatching money from riders of the food delivery service in Islamabad. The Shalimar police station conducted a raid and arrested Shoaib, the leader of a gang allegedly involved in the looting delivery

ISLAMABAD: A five-day nationwide polio eradication campaign will commence on Monday during which over 39 million children below five years of age will be administered anti-polio vaccine across the country. This is the first nationwide campaign in the country after its 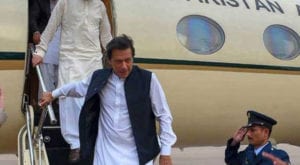 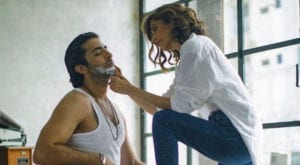 A recent photoshoot of actress Syra Yousuf and actor Sheheryar Munawar has become the main talk of the town. The “Project Ghazi” co-stars got up close and personal for a shoot for a local magazine. The pictures went viral on 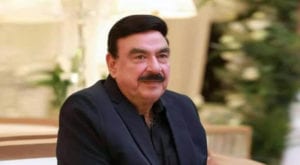 LAHORE: Railways Minister Sheikh Rashid Ahmad has said that the axis of Nawaz Sharif’s politics is only his caste. Talking to media, Federal Minister for Railways said that former premier Nawaz Sharif has taken over the command of the party 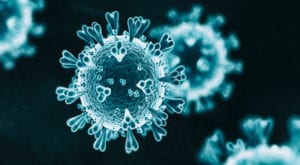 BEIJING: A bacteria outbreak named brucellosis has invaded China after the coronavirus. Several thousand people in northwest China have contracted a bacteria disease. Sources said that the outbreak has been caused by a leak at a biopharmaceutical company last year. 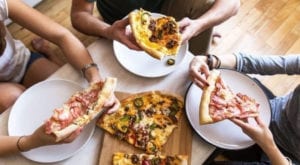 PARIS: A research has shown that people who consume processed foods such as oily foods, sweets and desserts, and soft drinks are at high risk of deadly diseases like cancer. A medical study conducted at Sorbonne University, France stated that 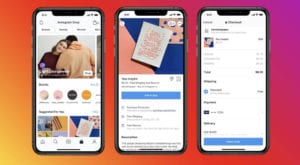 NEW YORK: Facebook has launched a shop products tab similar to Instagram that will users to shop within the social media application. The feature will let the users chat with the seller via messenger and pay via a secure payment 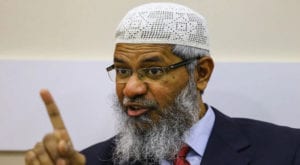 KUALA LUMPUR: Islamic preacher Zakir Naik has advised the Indian Muslims to form their own political party and move to Kerala. The Islamic preacher who left India and moved to Malaysia in 2016, uploaded a video on the Facebook channel, 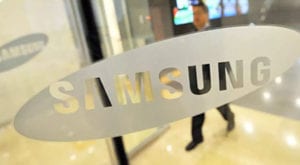 ISLAMABAD: Samsung, the South Korean smartphone manufacturer is planning to set up its assembly plant in Pakistan. Federal Minister for Economic Affairs Hammad Azhar announced the news through a tweet that the production of a smartphone is multiplying in Pakistan 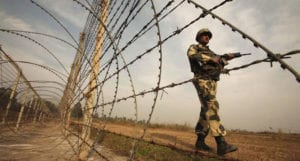 RAWALPINDI: A teenage girl was martyred and six others injured after Indian Army troops resorted to unprovoked firing along the Line of Control (LoC) Tatta Pani Sector. According to Inter-Services Public Relations (ISPR), the Indian Army targeted the civilian population 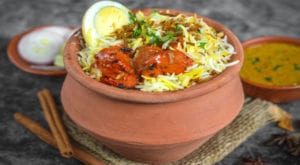 Pulao continues to rule the heart of thousands. It was once even more popular than biryani but still remains an all-time favourite dish. And why not? The scent of zeera (fennel), coriander seeds, and onions cooking in mutton yakhni (broth) 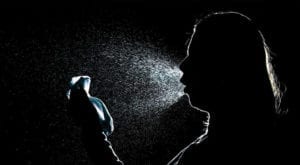 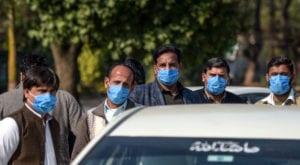 LAHORE: The number of confirmed coronavirus cases in Pakistan has surged to 160,118, while the death toll stands has reached 3,093. According to the National Command and Control Center (NCOC), more than 5,358 cases of coronavirus were reported in the 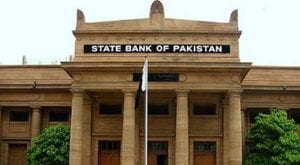 KARACHI: State Bank of Pakistan (SBP) has taken notice of the banks that are unwilling to facilitate prize bonds holders. In a statement, the SBP stated, “It has been observed that commercial banks have not been extending the desired level 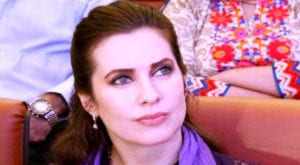 ISLAMABAD: A court in Islamabad has directed the Federal Investigation Agency (FIA) to register a case against US columnist Cynthia Ritchie for imposing false accusations against Pakistan Peoples Party (PPP). Last week, the Islamabad police refused to lodge a case 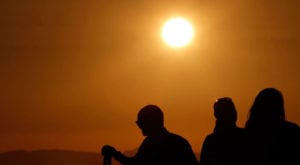 A heatwave is a period of excessively hot weather that is mostly accompanied by high humidity. It is considered extreme weather that can be a natural disaster, and a danger because heat and sunlight may overheat the human body. In Pakistan, especially in Karachi, 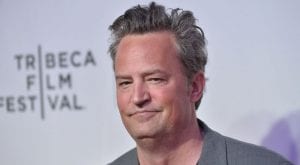 LOS ANGELES: Actor Matthew Perry who essayed the role of Chandler Bing in US sitcom ‘Friends’ has posted a reminder that novel coronavirus is still very much with us. While sharing a refreshing picture of the beach, Matthew Perry took 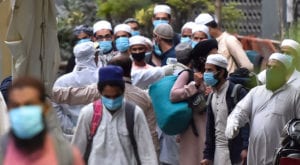 GENEVA: The World Health Organisation (WHO) has suggested that Pakistan should observe a complete lockdown every two weeks for fourteen days due to surging COVID-19 cases. The WHO has listed Pakistan among the top ten countries in the world in 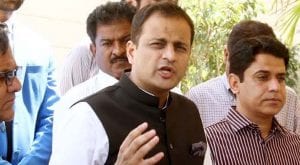 KARACHI: Sindh government spokesperson Barrister Murtaza Wahab has demanded that the job quota in Sindh should belong to the people of the province. During a press conference in Karachi, Murtaza Wahab said that he will not let anyone take away 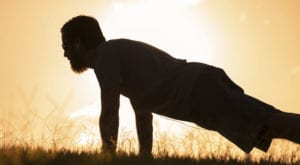 LONDON: A recent study has found that men who are unable to complete ten push-ups are at a higher risk of developing cardiovascular diseases. A team at Harvard University has revealed that the middle-aged men who are being able to 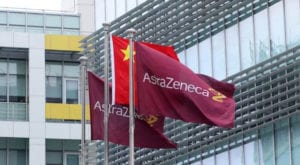 LONDON: British pharmaceuticals group AstraZeneca is partnering with the University of Oxford to develop and distribute a vaccine being trialled in the United Kingdom. AstraZeneca confirmed it by stating that it has secured more than $1.0 billion from the United 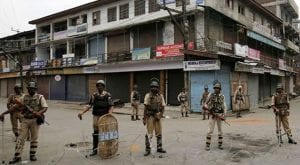 SRINAGAR: The curfew and communications blockage in Indian occupied Kashmir (IoK) continues to cut off the region from the rest of the world for the 291st consecutive day on Thursday. Indian soldiers last week on Wednesday shot a young man 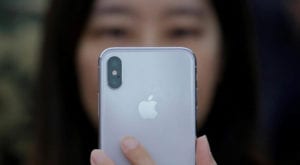 BEIJING: Chinese tech company Huami is working on a face mask that will allow mobile users to unlock their phones while wearing a face mask due to the coronavirus outbreak. Huami, best known for its Amazfit wearable devices, is working 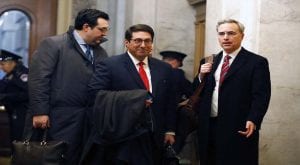 WASHINGTON: White House attorneys started presenting their defense of Donald Trump at his landmark Senate impeachment hearing on Saturday, arguing that the president has done nothing wrong with his relations with Ukraine and accusing Democrats of trying to reverse the