An increase in electricity prices has a direct effect on the cost of living. A major chunk of our income goes to major household expenses and paying electricity bills. This rise in power tariffs also increases the cost of production

The education system in our country, particularly in the province of Sindh, lies in dire straits marred by official apathy and negligence. A recent report has revealed that only 4.5 million children are enrolled in schools across Sindh while more

I started my journey from Karachi to Qila Abdullah, a small town in Balochistan with two friends in an eccentric car. As we passed the toll plaza and ordered tea, my friend showed his admiration for the car. The driver

Psyched by TV anchor Arnab Goswami’s disclosures about Modi’s sinister designs on Pakistan, Indian media too has begun behaving like “his master’s voice”, if correctly called, and is now suffering from an Islamabad phobia and showing scant respect for journalistic

The more Pakistan remains a peaceful country in the region, the more terrorism is imposed on it. India is the world’s most fascist and fanatic country involved in egregious human rights violations. Yet the global community does not impose any

The rift continues with the PDM as it has still failed to come with a coherent strategy to oust the government. With the PPP backing out from mass resignations, it seems that the PML-N could also flip leaving JUI-F chief 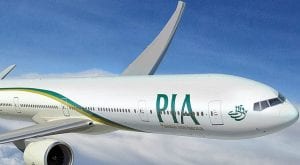 Aviation Minister Ghulam Sarwar has expressed hope that the ban on the Pakistan International Airlines (PIA) to operate flights to and from the European countries would be lifted soon. The ban on flight operations have not only tarnished Pakistani’s image

I was with my friends at a hotel near Al-Asif Plaza discussing politics as usual. Some of us blamed the government for the ongoing scenario in the country, while others were critical of the opposition. It was certain that people

Pakistan has been facing an adverse economic and financial situation and is struggling to increase exports and production. But uncompetitive business practices by top organizations are one of the obstacles in economic growth and development. Recently, the Competition Commission of

Dec 13 came by and went. PDM was supposed to hold a jalsa, and it happened. The event was supposed to be held at 5PM but some ministers had already declared it a ‘failure’ by noon. What could be an

The darkest day in Pakistan’s history – December 16 – returns every year reminding us of the innocent children who went to school to receive an education, not realizing that their books and bodies would be drenched in blood. I

Today is December 13. The day when after kicking Aristotle’s grave in Multan, it was announced that we will not stop the Lahore rally but will not allow it. If you think about it, this dual policy was already known

The coronavirus pandemic is the biggest crisis since the end of the Second World War which has caused immense human suffering and the deepest economic contraction since the Great Depression. Thus, the world particularly the rich countries need to allocate

During the 2013 general elections, Imran Khan’s main target was Punjab and Khyber Pakhtunkhwa. Apart from Nawaz Sharif, he also continued to target Maulana Fazlur Rehman as his party was seen as a more viable option than the JUI-F and

The city of Larkana was considered the fortress for the PPP but now the stronghold has been slipping away from their hands. JUI-F’s young leader and activist Rashid Mehmood Soomro is active in their own bastion and is gradually posing

The saffron wave continues to spread across India. Its next target is the Muslim-majority historical city of Hyderabad where municipal elections have been held. The BJP is spreading its hate-filled Hindutva ideology and is making inroads further south in the

Foreign Minister Shah Mahmood Qureshi has returned from a visit to the African nation of Niger to attend the OIC Council of Foreign Minister’s meeting. After two days of deliberations, the 57-member bloc came up with a declaration calling on

“The people of Pakistan have given their verdict and not the selected government has to resign,” said Aseefa Bhutto Zardari as she kicked off her political career at Pakistan Democratic Movement’s (PDM) Multan power show. PPP Chairman Bilawal Bhutto didn’t

The UAE has imposed an undeclared ban on issuing visas to countries of 13 Muslim-majority countries including Pakistan. The move is reminiscent of US President Trump’s Muslim ban but has not attracted the attention it requires as it concerns a

The clinical trial results of several potential COVID-19 vaccines have shown promising results and are effective against the disease. This has given hope to countries around the world that it may finally be heading towards normalcy. Pharmaceutical companies including Moderna

After the Karachi Transformation Plan, the government has now announced a massive Rs600 billion package for South Balochistan. This raises questions once again whether the project will ever be implemented and see the light of day or is an attempt

Prime Minister Imran Khan will be making his first visit to Afghanistan ever since assuming office. The expectations for the visit would be high as both countries are seeking to improve fraternal ties as Afghanistan prepares for a new future.

The people of Pakistan from businessmen, industrialists, labourers, government and private employees, farmers and students are apparently not satisfied with the performance of Pakistan Tehreek-e-Insaaf (PTI) government. As a journalist, wherever I have visited, I haven’t heard good words about

Democrat challenger Joe Biden has been elected as the 46th President of the United States of America. After an excruciating delay of over four days, the results of the last few states were announced handing Biden the eventual victory. Biden

A wise person should understand another’s feelings and respect their sentiments irrespective of their religious belief. It is unacceptable to mock religion and esteemed personalities and then take an aggressive stance on the pretext of defending freedom of speech and

Patriotism is important for the development of a country. It is the hallmark of a developed nation that its citizens are patriotic, law-abiding citizens. They are proud of their county and try to make a better place by educating and

Every human being in the world wants to be successful in any area of life but does not know how to succeed. Everyone wants success, but they do not bring such qualities that make them successful. Once a black child

The Muslim world is furious and has expressed outrage over the blasphemous remarks by the French President against our beloved Prophet Muhammad (Peace Be Upon Him) and for expressing support towards those who published offensive caricatures and displayed them. A

India has signed a military agreement with the United States for the sharing of sensitive satellite data and held dialogue aimed at countering the growing Chinese power in the region. The pact prompted quick reaction from Pakistan, warning of serious