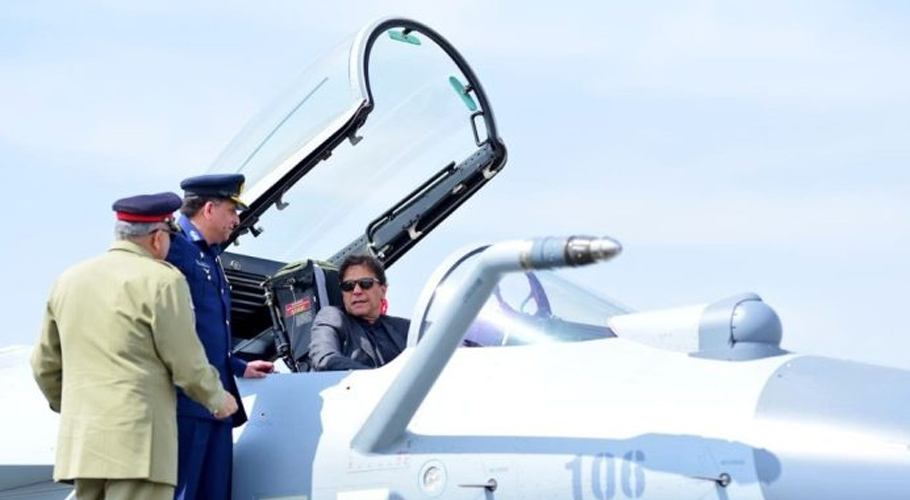 KAMRA KALAN: Prime Minister Imran Khan has said that J-10C will further strengthen the defense system and due to the armed forces, no external force can put pressure on us today.

Addressing the inauguration ceremony of the single-engine J10-C fighter aircraft to Pakistan Air Force (PAF)in Kamra, PM Imran Khan said that he would like to congratulate the nation. “We are confident that if anyone makes an aggressive move against Pakistan, it would be retaliated by the armed forces with full force,” he said.

The prime minister said that we are confident that our Armed Forces can defend the country. “The strength of the armed forces is formed when the nation stands together and when the nation stands together, the morale of the armed forces increases further,” the prime minister said by adding, “Pakistan’s response in Balakot sent a message to the whole world.”

PM Imran Khan thanked China to deliver the fighter jets to Pakistan in a short period of eight months. He expressed satisfaction that PAF was fully equipping itself on lines of modern and indigenous technology. He said Pakistan was heading in the right direction towards development and prosperity.

“The direction of the country is right, the economy is improving, no one can look down on Pakistan, no external force can put pressure on us today because of the armed forces, the government has taken steps for the lower class.”

Chief of Air Staff while welcoming the distinguished guests said that we are living in a challenging period, Pak-China cooperation is ideal for peace in the region, Pakistan Air Force is committed to defending the homeland, he maintained.

The prime minister reviewed the guard of honour as the contingent of Pakistan Air Force presented a salute to him. He witnessed a thrilling flypast of various formations of aircraft, including the newly inducted J10-C, F-16s, JF-17s and Mirage that showcased a sophisticated array of avionics and weaponry.

After the flypast, the prime minister witnessed the landing of five J10C aircraft that have been inducted in the 15 Squadron. The J10-C can be equipped with a bigger active electronically scanned array (AESA) radar than the one used by the JF-17 Block 3.  The aircraft can carry more advanced, fourth-generation air-to-air missiles including the short-range PL-10 and the beyond-visual-range PL-15. 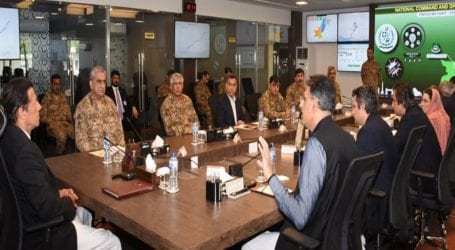 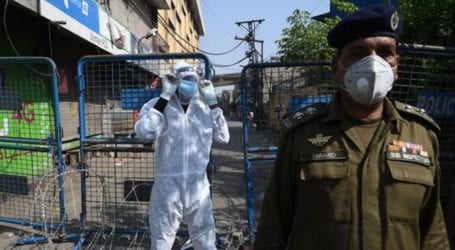