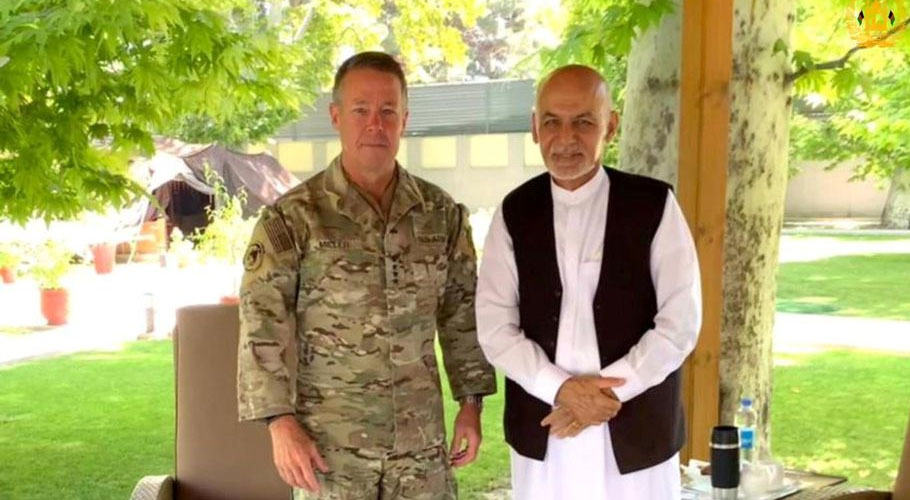 KABUL: The US general leading the war in Afghanistan, Austin Miller, relinquished command at a ceremony on Monday and quietly left the country, a symbolic end to America’s longest conflict while Taliban insurgents gain momentum.

Miller, America’s last four-star commander to serve on the ground in Afghanistan, climbed aboard a helicopter and lifted off from the military base in Kabul that long had been the nerve center for the two-decade-old war effort.

Addressing a small group of US and Afghan officials, Miller vowed to remember lives lost in the fighting and called on the Taliban to halt attacks that have given them control of more territory than at any time since the conflict began. “What I tell the Taliban is they’re responsible too. The violence that’s going on is against the will of the Afghan people, and it needs to stop,” Miller said.

US Marine General Kenneth McKenzie, whose Florida-based Central Command oversees US forces in hot spots including Afghanistan, Iraq and Syria, flew into Kabul to underscore America’s future assistance to Afghan security forces, albeit mostly from overseas. “You can count on our support in the dangerous and difficult days ahead. We will be with you,” McKenzie said in his address.

Speaking separately to a small group of reporters, McKenzie cautioned that the Taliban, in his view, were seeking “a military solution” to a war that the United States has unsuccessfully tried to end with a peace agreement between the Taliban and Afghan President Ashraf Ghani’s government.

“We need to see some gesture from the Taliban here that they’re not just completely intent on winning the military victory,” McKenzie said. “We’re at a crossroads period right now in the history of Afghanistan.”

He said provincial capitals were at risk and added the Taliban appeared interested in taking Kandahar, Afghanistan’s second-largest city and the Taliban birthplace. While voicing confidence in Afghan forces, he also warned of the consequences a Taliban victory could have for the people of Afghanistan.

“If this government is overthrown, if the Taliban prevail, I think we’re going to expect a return to medieval standards here in Afghanistan, particularly in the domain of women’s rights, human rights, education and so many other things,” he said.

Afghan national security adviser Hamdullah Mohib acknowledged problems resupplying over-stretched Afghan troops but told reporters that planning was underway to focus the war effort on “where we needed to defend the most.”

McKenzie will be able to authorise US airstrikes against the Taliban through August 31 in support of Ghani’s government. But after that, the Marine general said that when it comes to US strikes in Afghanistan, his focus will shift squarely to counter-terrorism operations against al Qaeda and Islamic State.

Since taking command nearly three years ago, Miller, 60, spent more time on the ground than any of the previous generals to command the war. He had a close call in 2018 when a rogue Afghan bodyguard in Kandahar province opened fire and killed a powerful Afghan police chief standing near him. A US brigadier general was wounded, as were other Americans, but Miller emerged unscathed.

Following Miller’s departure for the United States, the Pentagon has engineered a transition that will allow a series of generals to carry on with supporting Afghan security forces, albeit mostly from overseas.

Beyond McKenzie’s overwatch from Florida, a Qatar-based brigadier general, Curtis Buzzard, will focus on administering funding support for the Afghan security forces, including aircraft maintenance support.

In Kabul, Navy Rear Admiral Peter Vasely will lead a newly created US Forces Afghanistan-Forward, focusing on protecting the US embassy and the airport. Still, what happens next in Afghanistan appears to be increasingly out of America’s control.

Biden on Thursday said the time had come for the Afghan people to decide their own fate. “I will not send another generation of Americans to war in Afghanistan with no reasonable expectation of achieving a different outcome,” he said. 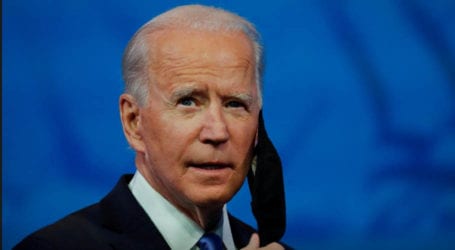 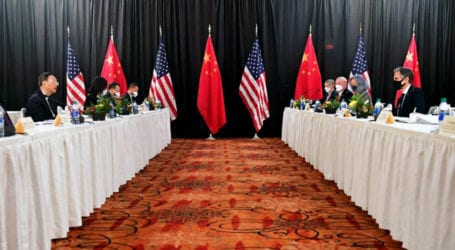 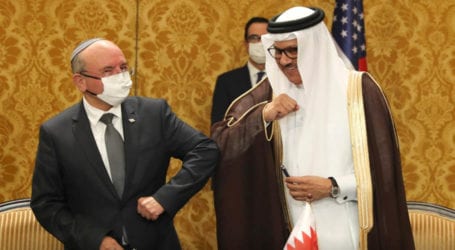