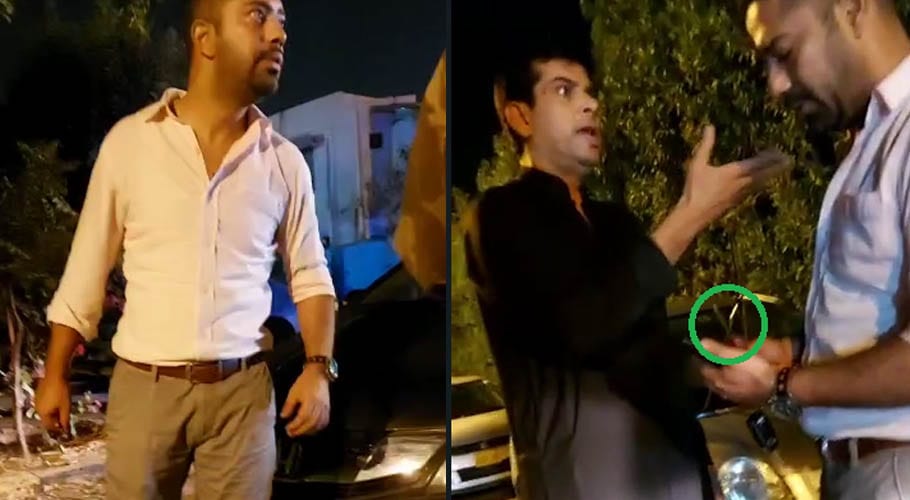 KARACHI: Fashion designer Mohammad Moazzam Khan and his two sons were stabbed with a sharp knife attack over a parking dispute with a neighbor in Pakistan Air Force Falcon Complex housing society, according to police.

According to reports, the suspect Ibrahim Durrani is said to be the son of Pakistan Air Force Air Commodore K.H. Durrani. He is said to be a supervisor at a multinational firm.

A first information report (FIR) had been registered under Sections 324, 337-H (II) and 34 of the Pakistan Penal Code. Station House Officer (SHO) Iftikhar Ahmed said the incident had resulted from a parking issue with a car being parked on the street and objection being raised over it.

“After a verbal spat, Ibrahim Durrani violently attacked with a small Swiss Army knife attached to his car keys, injuring two people,” the FIR stated. The plaintiff, Moazzam, said Ibrahim Durrani used abusive language against him and attacked him with a knife.

His sons came out to try and save him but were also stabbed by Durrani, the FIR added. Fahad suffered a wound on his ear, while Atta was injured on his back and fell down. The video of the incident has also gone viral on social media.

“The suspect’s father, Khalid Durrani, also arrived at the scene and further instigated his son to attack them more,” Moazzam stated. The injured were rushed to a nearby hospital where they are under treatment. The suspect’s father was summoned by the police to record his statement.