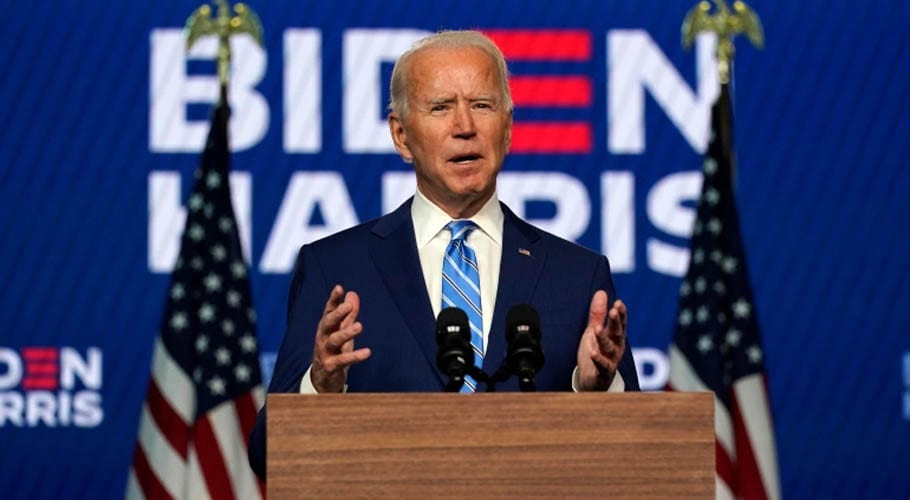 WILMINGTON: Democrat Joe Biden moved closer to winning the White House as he expanded his lead over President Donald Trump in battleground states, but television networks held off from declaring him the victor as officials continued to count votes.

Trump remained defiant, vowing to press unfounded claims of fraud as the nation waited for clarity in the election. Republicans sought to raise $60 million to fund lawsuits challenging the results.

On the fourth day of vote counting, former Vice President Biden had a 253 to 214 lead in the state-by-state Electoral College vote that determines the winner, according to Edison Research. Securing Pennsylvania’s 20 electoral votes would put Biden over the 270 he needs to win the presidency.

Biden would also win if he prevails in two of the three other key states where he was narrowly ahead – Georgia, Arizona and Nevada. Like Pennsylvania, all three were still processing ballots. Biden had planned a victory speech anticipating that the race would be called in his favour.

Nationwide, Biden led Trump by 4.1 million votes out of a record 147 million cast. However, his lead was much smaller in those four contested states, just 83,937 votes out of more than 16 million cast. In Georgia, he led by a mere 3,962 votes.

As Biden’s lead grew in Pennsylvania, hundreds of Democrats gathered outside Philadelphia’s downtown vote-counting site, wearing yellow shirts reading “Count Every Vote.” Two men were charged with gun offenses after being arrested near the centre which has become a focal point for protests.

Meanwhile, Trump showed no sign he was ready to concede, as his campaign pursued a series of lawsuits that legal experts said were unlikely to alter the election outcome. “Joe Biden should not wrongfully claim the office of the President. I could make that claim also. Legal proceedings are just now beginning!” he wrote on Twitter.

The Trump campaign has sent out email and text solicitations seeking donations to fund Trump’s legal challenges, although more than half the money raised would go to paying down the campaign’s debts.

In both Pennsylvania and Georgia, Biden overtook Trump as officials processed thousands of mail-in ballots that were cast in urban Democratic strongholds including Philadelphia and Atlanta.

The number of Americans voting early and by mail this year surged due to the coronavirus as people tried to avoid large groups of voters on Election Day. The counting process has left Americans waiting longer than they have since the 2000 election to learn the winner of a presidential contest.

The campaign’s general counsel, Matt Morgan, asserted in a statement that the elections in Georgia, Nevada and Pennsylvania all suffered from improprieties and that Trump would eventually prevail in Arizona.

He also said the campaign expected to pursue a recount in Georgia, and in Wisconsin where Biden won by more than 20,000 votes. A margin that wide has never been overturned by a recount. Georgia officials said on Friday they expect a recount, which can be requested by a candidate if the final margin is less than 0.5%. Biden led by 0.1% as of Friday evening. 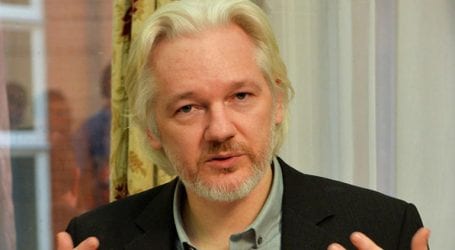 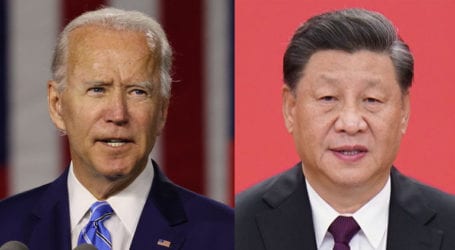 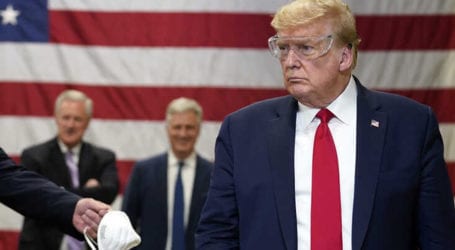