The federal incumbent government has announced that it will be amending laws to allow for the sale of shares of listed state-owned entities (SOEs) with a buyback option to friendly countries on a government-to-government (G2G) basis.
The need for this move was felt as friendly countries have reportedly denied giving financial assistance to Pakistan on assurance only and has sought shares in the state-owned entities against the assistance.

This will essentially help bridge a part of the $4 billion financing gap that has been estimated by the IMF for the current fiscal year. To make this possible, the federal cabinet has approved the Inter-Government Commercial Transaction Act 2022 because the existing privatisation law did not allow for such commercial transactions on a G2G basis.

This is an innovative approach to deal with the ongoing crisis, but it has understandably raised questions regarding the contours of such an agreement. Finance Minister Miftah Ismail is convinced that the introduction of this law will give confidence to foreign investors and also increase foreign investment on a G2G basis in developmental agreements. Additionally, this is also the first time that practical steps are being taken to safeguard G2G agreements and make them transparent.

Of course, there has been a persistent issue with the performance of SOEs that have been burning a hole through our budget and this is an idea that could help generate some revenue. The priority should perhaps be to focus on loss-making entities such as PIA and power distribution companies that have not been performing that well.

However, this idea has received criticism and has also been politicised by opponents. The main questions being raised revolve around the details of such agreements. What will be the pricing of shares and what would the buyback clause entail? When can the buyback option be activated and how much would the premium be? There are also concerns about the extent to which we will be relinquishing management control.

Based on the statements put forward by FM Ismail, it should not really be a concern if the share price is not reflective of its actual worth because according to the G2G agreement, Pakistan will be able to buy back the shares at a minimal premium of around five percent. Moreover, it has been clarified that management control will be retained and that the government will not be selling majority or ownership shares.

Selling the state-owned entities’ shares to friendly countries against financial assistance is not an option and it is the adhoc solution only but what will we do in the future if the same situation arises again, the one Pakistan is currently passing through? Is selling the assets only the option? No… one should make the policies on the long term so that country can be financially sovereign. 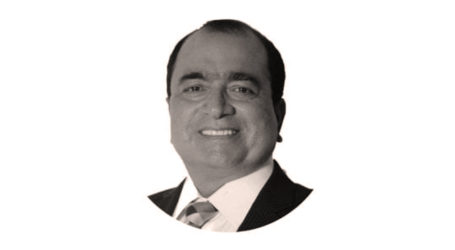