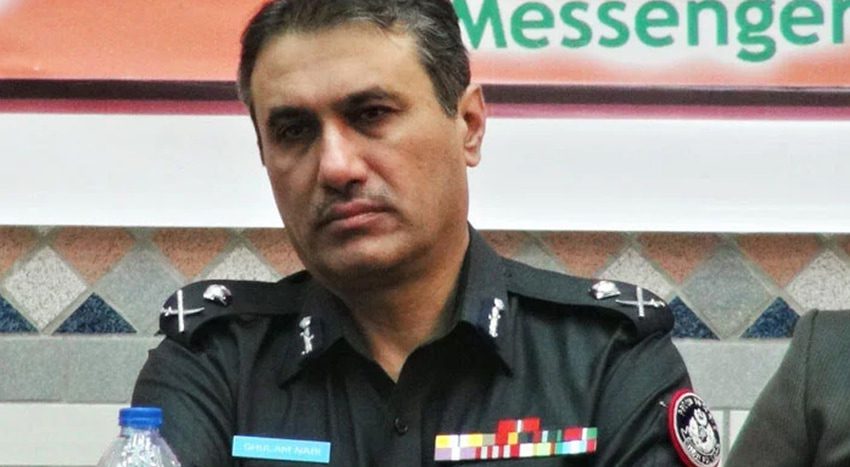 As Chief of Police, Ghulam Nabi Memon says that unless the people of Karachi support us, we cannot succeed. (Photo: The News International)
February 12, 2022

Street crimes are on the rise in Karachi, with citizens being robbed at home, on the streets, and while traveling on a motorbike or car. If anyone resists, the robbers shoot and turn off the light of life, which is a very serious situation.

Yesterday, Ghulam Nabi Memon was once again made the Chief of Karachi Police, whose reputation and reputation as a police officer are not hidden from anyone. In an interview in October 2019, Memon had said that unless the citizens support him, the police will not be able to control crime.

During the October 2019 interview, he, as the Chief of Police, said that it was decided in 2002 under the police order to keep the investigation branch separate from operations. “I am saying with great satisfaction that there has been a decrease in street crimes this year (2019) as compared to last year (2018),” he said.

Regarding the lack of communication between the people and the police and the presence of fear, Police Chief Ghulam Nabi Memon said, “I believe that not all officers and personnel in the police are good. The people should trust us and support us.” 95 percent of people are afraid of filing an FIR which is wrong, they must file a report.

What are street crimes?

What is meant by street crime is that some criminals reach out to citizens on motorcycles or cars or on foot and rob them at gunpoint. Snatching incidents, women’s purses, and citizens’ mobile phones are looted.

These same street crimes take a serious turn when armed criminals shoot or injure or kill civilians for resisting a robbery, and with the passage of time, the number of shootings and killings of civilians in Karachi has increased.

Who are the looters?

Over time, the strategy of street criminals has become more aggressive. An accused arrested in November last year said during interrogation that it was easy for the Tuck Tuckers to return. We robbed more than 25 TikTokers who have expensive mobile phones and do not resist.

The accused said that those who come to the parks to make videos are easily robbed. Similarly, food delivery boys, online car service people were also robbed. They were called to a deserted place and returned. Ordered food was snatched from the delivery boy.

In the first 10 days of this month, 11 people were killed during the looting. During the first month of January this year, robbers killed 10 people and shot and wounded more than 60 for resisting a robbery.

Residents of Karachi lost millions of rupees in cash, mobile phones, gold, and other equipment earlier this year. In January 1972 citizens lost their mobile phones. 3115 motorcycles were stolen while 336 were snatched.

In January, 141 vehicles were stolen and 11 snatched. Among those injured in the robbery were three policemen. Unidentified gunmen shot dead two people and injured two others. One person was killed and 10 others were injured in an accidental shooting.

It was reported yesterday that the Sindh government has appointed Ghulam Nabi Memon as Additional IG (Karachi Police Chief) in place of Imran Yaqoob Minhas, for which a formal notification was also issued. Some time ago, a Grade 21 seat was created and an AIG rank officer was posted.

Later, the CTD seat was abolished and Grade 20 officer Omar Shahid was given charge, however, Grade 21 officer Ghulam Nabi Memon was appointed as police chief yesterday. As Karachi Police Chief, he sought to bring about a number of reforms in the police force.

Fortunately, the era of Ghulam Nabi Memon has seen a decline in street crimes in Karachi. Only time will tell how active the new police chiefs will be and how successful they will be in catching criminals since their deployment yesterday.