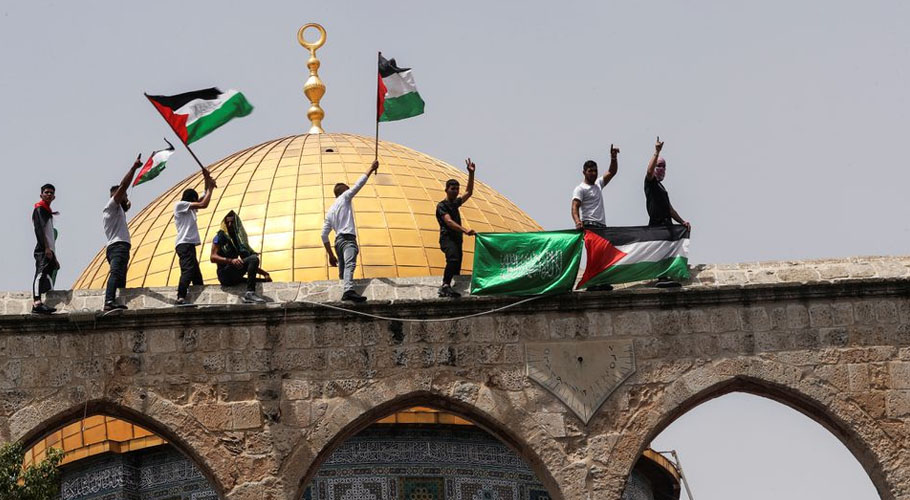 Palestinians hold flags as they stand at the compound that houses Al-Aqsa Mosque. Source: Reuters
May 22, 2021

JERUSALEM: Israel and Hamas both claimed victory after their forces ended 11 days of fighting, but humanitarian officials warned that the damage to Gaza would take years to rebuild.

After working behind the scenes for days to reach a truce, the White House said Washington had received assurances from the relevant parties that they were committed to the ceasefire.

Palestinian officials put the reconstruction costs at tens of millions of dollars, while economists said the fighting could curb Israel’s economic recovery from the COVID-19 pandemic.

Five more bodies were pulled from Gaza’s rubble, taking the death toll to 248, including 66 children, with more than 1,900 wounded. The Israeli military said an Israeli soldier had been killed as well as 12 civilians.

World Health Organisation (WHO) spokeswoman Margaret Harris said Gaza’s health facilities were in danger of being overwhelmed by the thousands of injuries.

She called for immediate access into the Gaza Strip for health supplies and personnel. “The real challenges are the closures,” she told a virtual UN briefing.

Gaza has for years been subjected to an Israeli blockade that restricts the passage of people and goods, as well as restrictions by Egypt.

Fabrizio Carboni, regional director of the International Committee of the Red Cross, echoed WHO’s call for urgent medical supplies, adding: “It will take years to rebuild – and even more to rebuild the fractured lives.”

US President Joe Biden said on Thursday that aid would be sent quickly to Gaza, but coordinated with the Palestinian Authority – Hamas’s Western-backed rival in the occupied West Bank – “in a manner that does not permit Hamas to simply restock its military arsenal”.

The focus now must be on support for reconstruction and recovery. The damage inflicted in almost two weeks will take years, if not decades, to rebuild.

After each round of violence, people never have a possibility to fully recover and heal. It’s time to break this cycle. https://t.co/TDnX8AZFPD

Israeli Prime Minister Benjamin Netanyahu made a televised address to Israelis, saying the operation had damaged Hamas’s ability to launch missiles at Israel.

“We eliminated an important part of Hamas’s and Islamic Jihad’s command echelon. And whoever was not killed knows today that our long arm can reach him anywhere, above ground or underground.”

Iran, who supports Hamas, said they had won a “historic victory” over Israel. The Iranian Revolutionary Guards warned Israel to expect “deadly blows”.

“We will rebuild what the occupation (Israel) destroyed and restore our capabilities,” he said, “and we will not abandon our obligations and duties to the families of martyrs, the wounded and those whose homes were destroyed.”

Haniyeh expressed gratitude to Egyptian, Qatari and U.N. mediators, and to Iran, “which has not given up on providing the resistance with money, weapons and technology”.

The truce, mediated by Egypt, appeared to be part of a two-stage deal, with Cairo sending security delegations to Tel Aviv and the Palestinian territories to agree on measures to maintain stability. 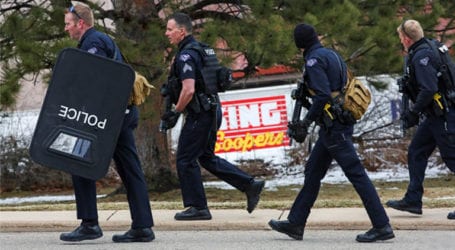 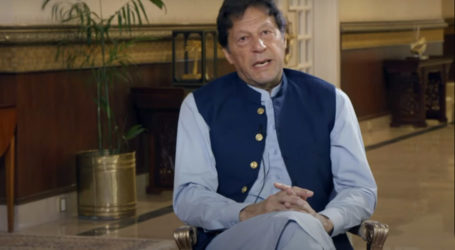 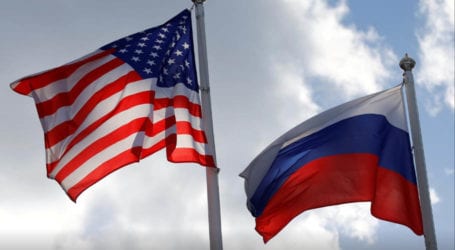