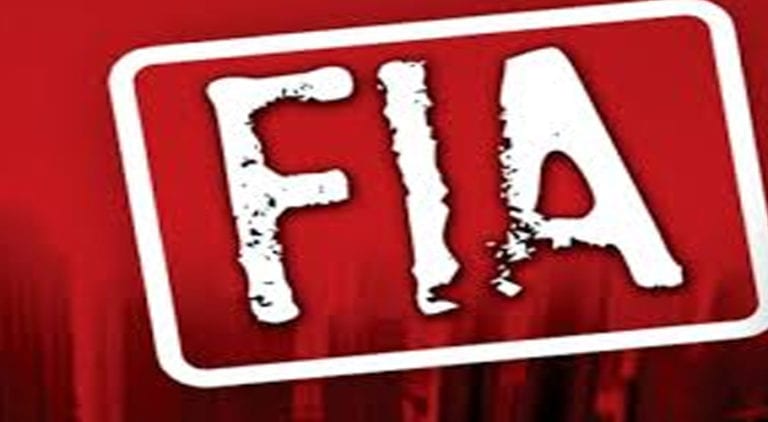 The FIA has started a probe against tax evasion in fuel supply to NATO.
July 14, 2021

KARACHI: Federal Investigation Agency (FIA) has initiated an enquiry against oil companies, including one owned by former Senator Taj Muhammad Afridi, for misusing oil intended for NATO supplies and causing massive losses to the national exchequer.

Taj Muhammad Afridi, a Karachi-based business tycoon, was the main contractor transporting NATO fuel from Karachi to bases in Afghanistan. He is also the CEO of Al-Haj Group. His brother and former MNA Shahjee Gul Afridi is also part of the enquiry.

FIA Corporate Crime Circle Additional Director, Dr Muhammad Farooq, has written a letter to the Managing Director, Pakistan State Oil (PSO) stating an enquiry is being conducted regarding the “import of jet fuel on behalf of NATO support and procurement agency and misuse of Customs General Orders by various companies.”

The letter asked whether the oil companies – Al-Haj Energy and Trade DMCC, Al-Haj General Trading LLC, New Pak Trading and the fourth Al-Haj Enterprises Pvt. Ltd – are registered as contractors in Pakistan State Oil (PSO) and to provide certified copies of their registration and agreement of the total fuel transported by them.

It is learned that oil contractors had formed two companies which also worked as clearing and border agent. This including Pak Trading and New Pak Trading which were formed in an elaborate scam by these companies. Surprisingly, the FIA ​​officials have only asked PSO for the details of Pak Trading and not New Pak Trading, without which a transparent and thorough investigation will not be possible.

In order to conduct a transparent inquiry against oil supply companies, it is also necessary to get details from the customs authorities. Customs intelligence had investigated 35 consignments (ships) that were suppressed. It was revealed that the consignment imported Jet Fuel One which was converted into Jet Fuel 8 by adding chemicals.

Additional Director, Customs Intelligence, Ali Zaman Gardezi, had raided the stores at Al-Noor and Al-Raheem terminals after receiving complaints. The inquiry revealed that fuel conversion was being done in the storage facilities of these companies.

A case was made against Al-Noor Group of Companies and Al-Hajj Group of Companies but the officer was transferred before reaching the important facts to suppress the inquiry. Sources said that the issuance of PSO letter by FIA ​​officials while ignoring the customs would not reveal the facts.

It must be noted that these companies have evaded an estimated Rs12 billion through 35 consignments (ships). The FIA ​​will unable to reach any conclusion without asking the record from custom intelligence.

In this regard, former Senator Taj Muhammad Afridi when contacted said that propaganda is being spread against me and an unknown person has lodged a complaint again him to spread and damaged his reputation. He said legal action will be taken against them and he has also written to law enforcement agencies for action. 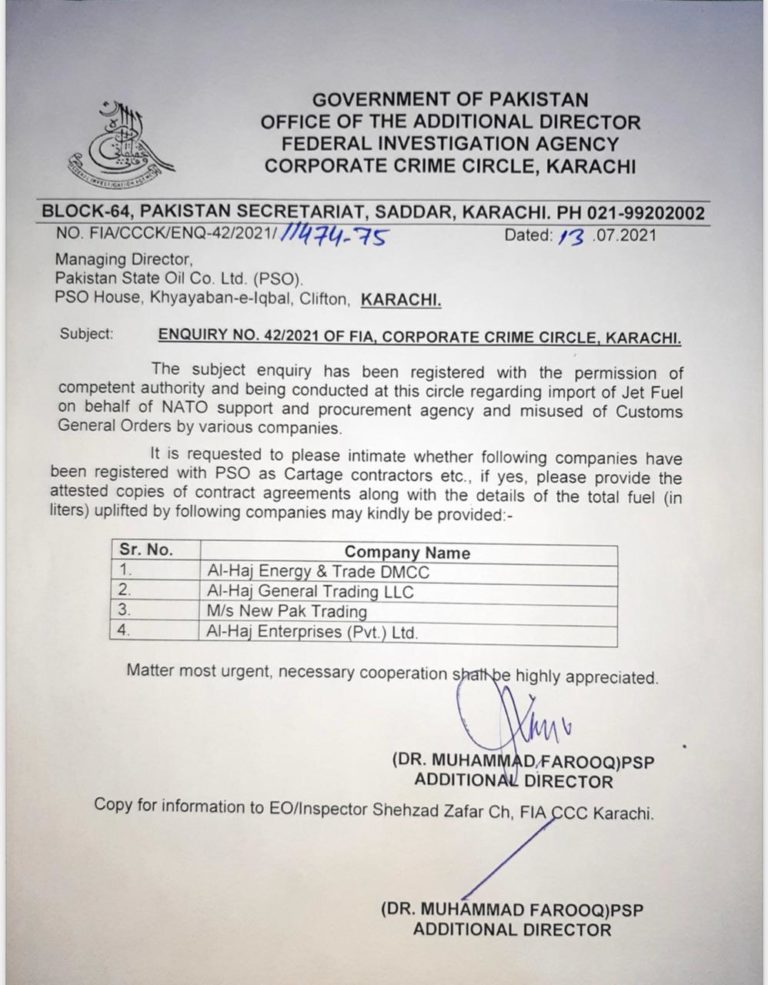 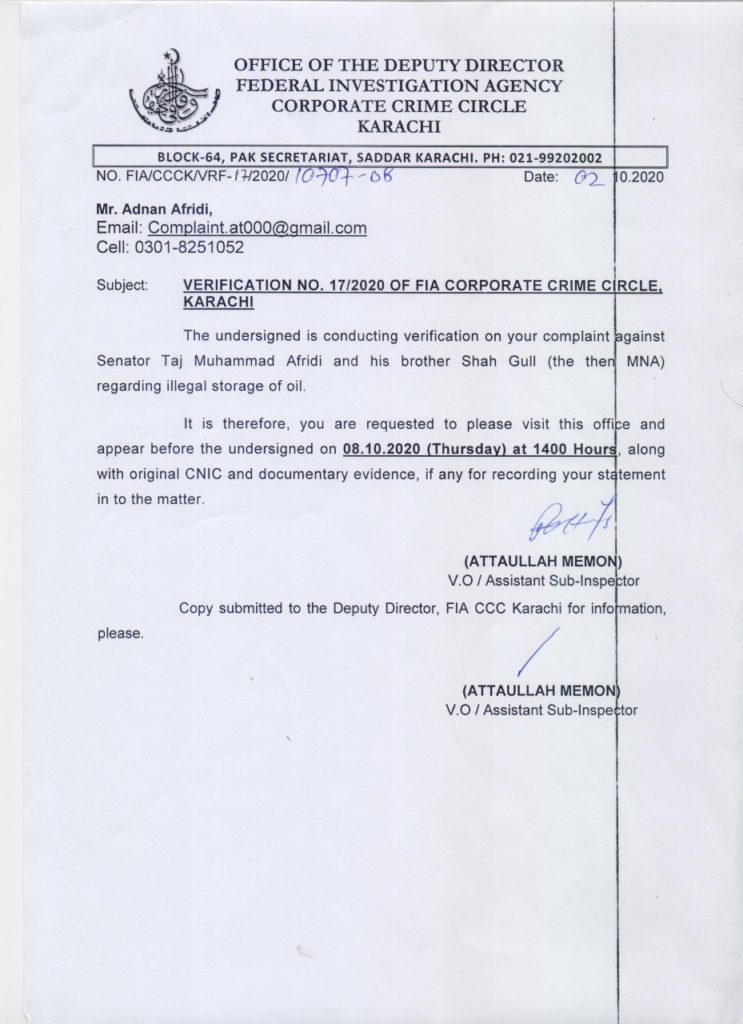