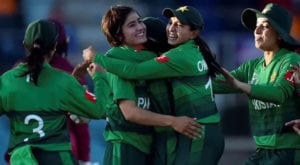 DURBAN: Pakistan women’s national cricket team will face South Africa in a three-match T20I series, which will be played at Kingsmead Cricket Stadium in Durban from Friday. This will be the national side’s first international T20I format assignment since the 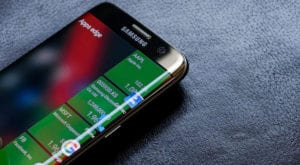 SEOUL: Samsung, the South Korean smartphone manufacturer is planning to launch smartphones of the ‘Samsung Galaxy S’ series. The announcement of three smartphones would be made by the giant during a Livestream for the Galaxy S21 series including S21, S21+, 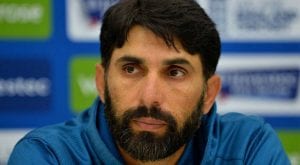 LAHORE: Former cricketer Misbah-ul-Haq has expressed disappointment over losing the series to New Zealand. Misbah-ul-Haq said that no matter how hard you try in cricket, the process of luck also interferes. “It is important to understand and talk about cricket 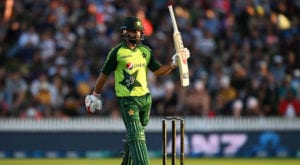 NAPIER: Pakistan beat New Zealand by four wickets in the third and final Twenty20 International at McLean Park and avoid a whitewash. Wicketkeeper-batsman Mohammad Rizwan batted with great composure and guided Pakistan to a comfortable four-wicket win. The 28-year-old scored

Despite the rising coronavirus fears, the national cricket team has departed for New Zealand for their T20I and ODI series. PSL hero Babar Azam is leading the Pakistani side to face the Kiwis. Prior to departure, he said there is 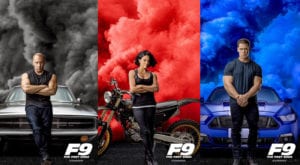 LOS ANGELES: The highly-acclaimed “Fast and Furious” action film franchise will come to a conclusion after the 10th and 11th film. According to an entertainment daily, Justin Lin, who directed the third, fourth, fifth, sixth and ninth films, will return 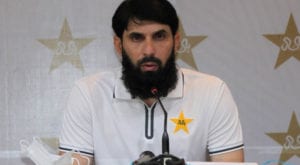 LAHORE: Head coach and chief selector Misbah-ul-Haq named 22 probables for the ODI and T20 series against Zimbabwe, insisting he has opted for experience in the 50-over matches and provided extended run to the youngsters in the T20I format. Pakistan 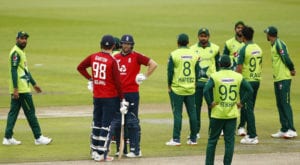 LAHORE: The Pakistan Cricket Board has invited England for a three-match T20 international series in January next year. England has not played in Pakistan since the 2005 season when the team toured for a Test and one-day series. The 15-year 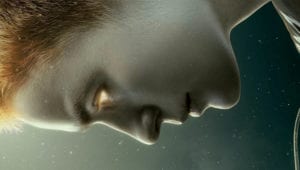 LOS ANGELES: The trailer for the upcoming HBO Max science-fiction series ‘Raised by Wolves’ directed by Ridley Scott is out. The series revolves around an android, called the Mother, who was designed to nurture human children on a new, desolate-looking 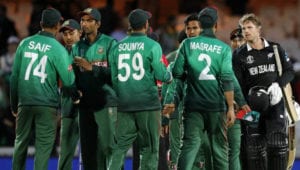 DHAKA: Bangladesh and New Zealand have announced to postpone the Test series which was due to be played between the two sides in August and September this year. The two-match series, which will form part of the ICC World Test 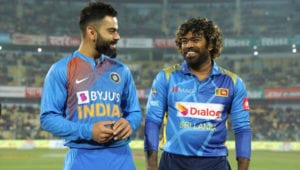 COLOMBO: Sri Lanka cricket board (SLC) has requested BCCI to seriously consider touring the island nation for their scheduled series in July. India are scheduled to visit Sri Lanka for three one-dayers and as many T20 internationals in June-July, which

It is not the first time Esra Bilgic, who plays Halima Sultan in Ertugrul, has won heart and minds of Pakistani fans after airing the popular Turkish series ‘Resurrection Ertugrul’ on state-owned PTV. She triumphed our hearts two years back 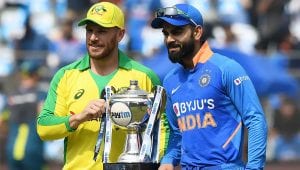 MELBOURNE Cricket Australia (CA) CEO Kevin Roberts on Tuesday hinted at the board’s willingness to conduct the five-Test series against India later this year behind closed doors. Roberts also revealed that the Indian team led by Virat Kohli could be 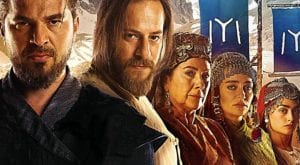 ISLAMABAD: State-run Pakistan Television has announced that it will air the action-packed and popular Turkish drama series ‘Resurrection: Ertugrul’ during the month of Ramazan. Special Assistant to the Prime Minister on Information and Broadcasting Dr Firdous Ashiq Awan also confirmed 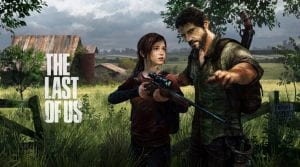 HBO is developing a TV series based on the popular survival horror video game ‘The Last of Us’, according to The Hollywood Reporter. The network is again collaborating with Craig Mazin, who created the highly acclaimed miniseries Chernobyl. Neil Druckmann, 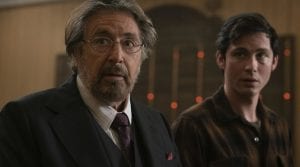 The Auschwitz Memorial has criticised Amazon Prime for fictitious depictions of the Holocaust in its series Hunters and for selling books of Nazi propaganda. Hunters starring Al Pacino features a team of Nazi hunters in 1970s New York who discover

Al Pacino is appearing in Amazon’s new series Hunters where the actor plays a wealthy Holocaust survivor leading a covert gang of assassins, tracking and killing hundreds of former high-ranking Nazi officials that are living in secret in 1970s New 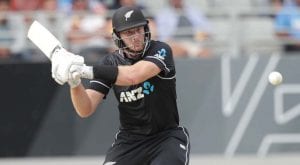 WELLINGTON: New Zealand cricket on Tuesday chased down India’s 296/7 with five wickets to spare in the third ODI at the Bay Oval to sweep the three-match series and hand India their first series whitewash loss in a bilateral ODI 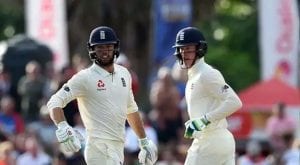 LONDON: England announced their squad for the two-Test series in Sri Lanka next month and have recalled opening batsman Keaton Jennings and wicketkeeper Ben Foakes. Jonny Bairstow and James Anderson both miss out on spots in the squad, while Moeen 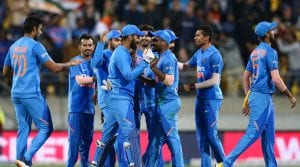 DUBAI: India have been fined 40 percent of their match fee for maintaining a slow over-rate against New Zealand in the fourth Twenty20 match in Wellington, the International Cricket Council (ICC) announced on Saturday. Match referee Chris Broad imposed the 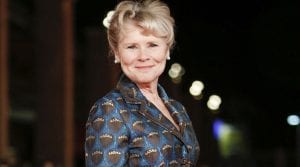 Netflix’s hit drama series “The Crown” about the British royal family will end earlier than expected and has revealed its next and last queen. The show’s creator and show-runner Peter Morgan had said he expected to create six seasons, but 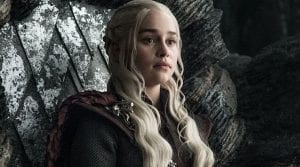 George RR Martin has spoken out once again about his intentions for the final two books – The Winds of Winter, and A Dream of Spring – in his “Song of Ice and Fire” series. The author, who has addressed 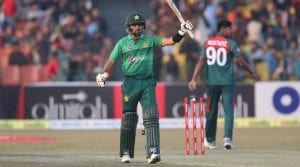 LAHORE: Pakistan have already taken an unassailable lead of 2-0 in the three-match series against Bangladesh, but will be eyeing a complete sweep with a win in the third T20I in Lahore on Monday, 27 January. Pakistan fielded the same 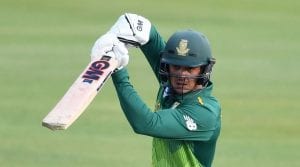 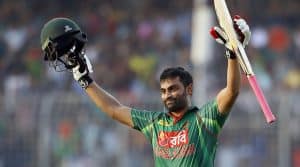 DHAKA: Bangladesh Cricket Board (BCB) has announced the team for the three-match T20 International series against Pakistan beginning on 24th January in Lahore. Veteran Bangladesh opener Tamim Iqbal has been named in his side’s 15-member squad for the upcoming T20I 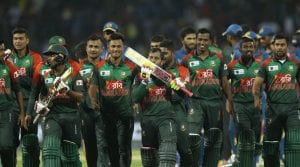 LAHORE: Bangladesh cricket team has agreed to visit Pakistan and play Test matches in a split tour later this month and return back in April. Pakistan Cricket Board Chairman Ehsan Mani has reached consensus with the Bangladesh Cricket Board on 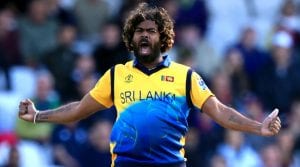 COLOMBO: Lasith Malinga said on Sunday he was ready to stand down as Sri Lanka’s Twenty20 skipper after the team´s humiliating 2-0 loss to India. Speaking to reporters after returning from the series, the 36-year-old said Sri Lanka was just 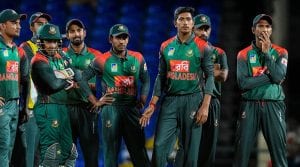 DHAKA: Bangladesh Cricket Board (BCB) has refused to play Test series in Pakistan due but would play three T20 matches on security advice of the government. At a media briefing in Dhaka, BCB President Nazmul Hassan said the government had 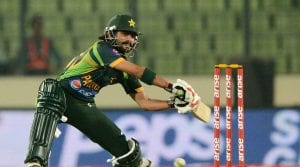 KARACHI: Pakistan batsman Fawad Alam has expressed his happiness at being selected for the Pakistan side after being sidelined for more than a decade. The middle-order batsman had been ignored by a number of selectors over the years despite continuous

Cricket fans were left in tears after hearing that discarded Fawad Alam was recalled to the national squad after more than a decade on the sidelines. The left-handed middle order batsman was selected for the upcoming Test series against Sri