Diseases that are usually mild and preventable in countries with updated healthcare systems often prove to be lethal for children in Pakistan. We are already aware about the health facilities available in Sindh. The recent deaths of at least 17 children in Sindh’s district of Dadu from gastroenteritis, a preventable and treatable infection, underscores this grim reality.

The victims, belonging to the flooded areas of Kachho and Manchhar Lake in Dad, died due to lack of timely medical intervention. It is a tragedy that the children lost their lives because their parents had no access to rehydration salts or medicine. Though the Sindh government has, belatedly, issued instructions for the setting up of medical camps in Dadu’s flooded areas, the move is pure eyewash as the authorities have for decades neglected the state of primary healthcare in the province’s remote areas. A similar story has been unfolding in Balochistan for several weeks, ever since the province came in the grip of very heavy rains in July. Cases of acute diarrhoeal infections, including cholera, are being reported in children, while scores of deaths have also occurred in several areas where access to clean potable water is severely limited.

The lack of proper sanitation and sewerage disposal systems across the country — the main cause of the spread of diarrhoea and related infections — results in over 50,000 deaths among children annually, according to the Aga Khan University. However, the prevalence of infection increases after every monsoon season when stagnant rainwater and overflowing sewerage lines are a regular feature, especially in bigger cities.

Considering that the abnormally high monsoon rainfall this year has broken records in Sindh and Balochistan, and given the dilapidated state of the urban areas, cases of diarrhoea have risen across the country. Some media reports say that, between Sunday and Monday, around 6,200 cases of diarrhoea and related infections were reported in the country.

With more rainfall predicted, cases will rise further. Unless there is a national effort to improve and strengthen the primary healthcare infrastructure, preventable health conditions will keep threatening the future of Pakistan. 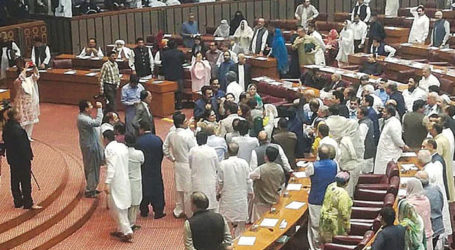