The planet is warming, from North Pole to South Pole. Since 1906, the global average surface temperature has increased by more than 1.6 degrees Fahrenheit (0.9 degrees Celsius)—even more in sensitive polar regions. And the impacts of rising temperatures aren’t waiting for some far-flung future–the effects of global warming are appearing right now. The heat is melting glaciers and sea ice, shifting precipitation patterns, and setting animals on the move.

The effects of global warming can be felt in Pakistan too as the winter season has shrunk and the recent heavy monsoon rains and the looming threat of flood. The heatwave especially in April from June for last three to four years in Karachi is another sign that how much the problem of global warming is becoming a serious threat.

Many people think of global warming and climate change as synonyms, but scientists prefer to use “climate change” when describing the complex shifts now affecting our planet’s weather and climate systems. Climate change encompasses not only rising average temperatures but also extreme weather events, shifting wildlife populations and habitats, rising seas, and a range of other impacts. All of these changes are emerging as humans continue to add heat-trapping greenhouse gases to the atmosphere.

Scientists already have documented these impacts of climate change:

Ice is melting worldwide, especially at the Earth’s poles. This includes mountain glaciers, ice sheets covering West Antarctica and Greenland, and Arctic sea ice. In Montana’s Glacier National Park the number of glaciers has declined to fewer than 30 from more than 150 in 1910.

Much of this melting ice contributes to sea-level rise. Global sea levels are rising 0.13 inches (3.2 millimeters) a year. The rise is occurring at a faster rate in recent years and is predicted to accelerate in the coming decades.

Rising temperatures are affecting wildlife and their habitats. Vanishing ice has challenged species such as the Adélie penguin in Antarctica, where some populations on the western peninsula have collapsed by 90 percent or more.

As temperatures change, many species are on the move. Some butterflies, foxes, and alpine plants have migrated farther north or to higher, cooler areas.

Precipitation (rain and snowfall) has increased across the globe, on average. Yet some regions are experiencing more severe drought, increasing the risk of wildfires, lost crops, and drinking water shortages.

The world especially Pakistan should act on war footings to control the increasing threat of global warming. 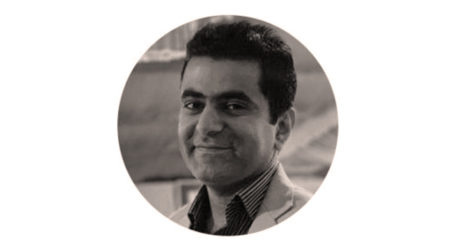