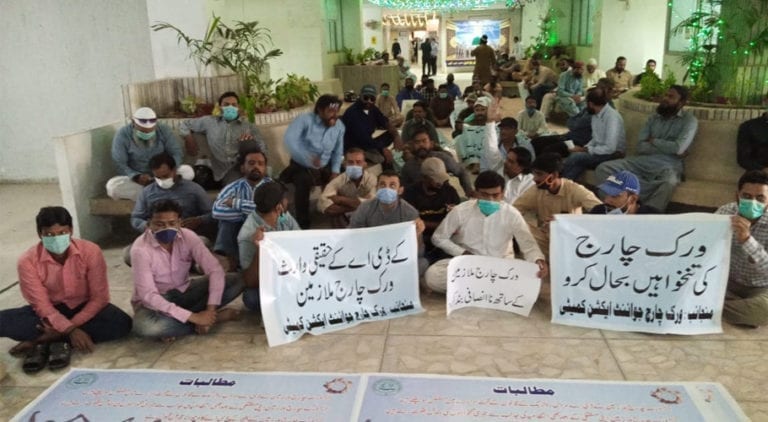 KARACHI: Over 300 workers of the Karachi Development Authority (KDA) have started protest demanding the payment of salaries due since the past three years.

After contractual workers,  work charge employees have geared up for a show of strength to protest for their rights. They have decided to write a letter to Chief Justice of Pakistan and Chief of Army Staff to take notice.

The KDA has not paid contract and work charge employees for the past three years and has claimed that scrutiny of funds is ongoing. Several committees have been formed on several occasions which failed to reach any consensus.

A protest was held at Civic Centre by the KDA Work Charge Joint Action Committee. A faction of the employees was led by Waqas while another was led by Munir. They claimed that workers were regularized under the KDA service rules book but have been deprived of salaries since two and half years. The participants including workers and officeholders said they remain united and will continue the protest for their rights until their demands are not fulfilled.

A meeting of the KDA Work Charge Joint Action Committee has been convened on Monday 23rd November during which they will seek the reasons for the slow-paced work of the scrutiny committee and will decide their future course of action. 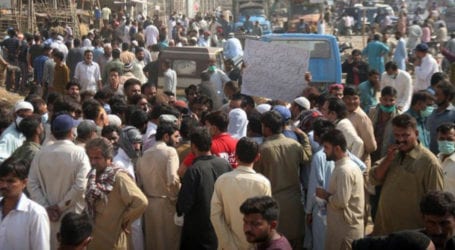 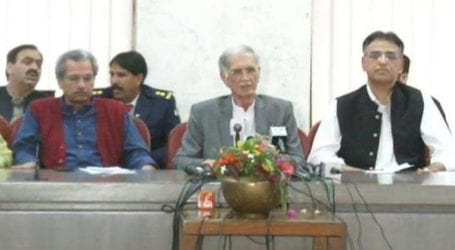 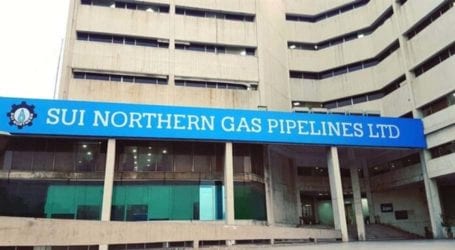