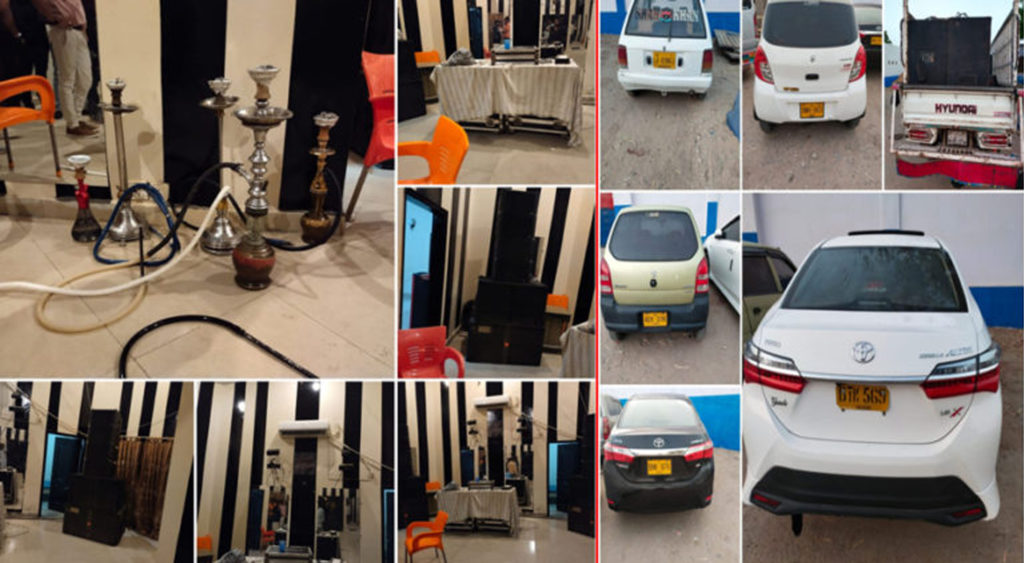 KARACHI: Gadap Town police busted a night party being held in violation of Covid-19 restrictions at a farmhouse in the metropolis on Saturday night.

Acting on a tip-off, a police team raided the at a farmhouse in Gadap Town at 02.45 am, where a dance party was found to be taking place, police said. Several people were found at the spot, including at least seven women, police added.

During the raid, police arrested 19 people, including the farmhouse manager and organizers of the party. According to SSP Malir Irfan Bahadur, the arrested persons include seven women. Police have seized liquor,  sheesha and other contraband items from the farmhouse.