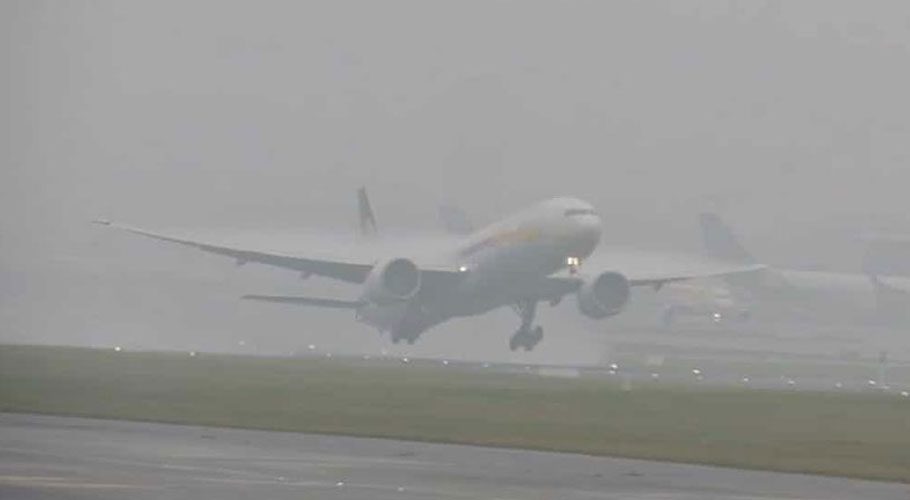 The sight limit around Lahore Airport was reduced to 50 meters. Passengers are facing difficulties due to suspension of flight operations. (Photo: Daily Times)
December 26, 2021

LAHORE: Flight operations at Lahore International airport have been affected due to foggy weather as visibility turned poor.

“Flight operations will be brought to the normal routine after improvement in the visibility level,” he added.

“There is a forecast for rain in the area, if rain begins the fog will dissipate,” the official added.

Read more: Motorway and Lahore airport shut down due to fog

Punjab’s capital city is used to experiencing fog in early winter but for some years smog and pollution has badly affected the region. Persistent smog and air pollution restrict the visibility range which also results in hygiene issues.

Lahore continues to remain on top of the list of the most polluted cities in the world today having the worst air quality.

According to the Air Quality Index, Lahore has been ranked first in the list with 453 readings, while Indian capital city New Delhi remained second and Kolkata ranked third in the AQI list.