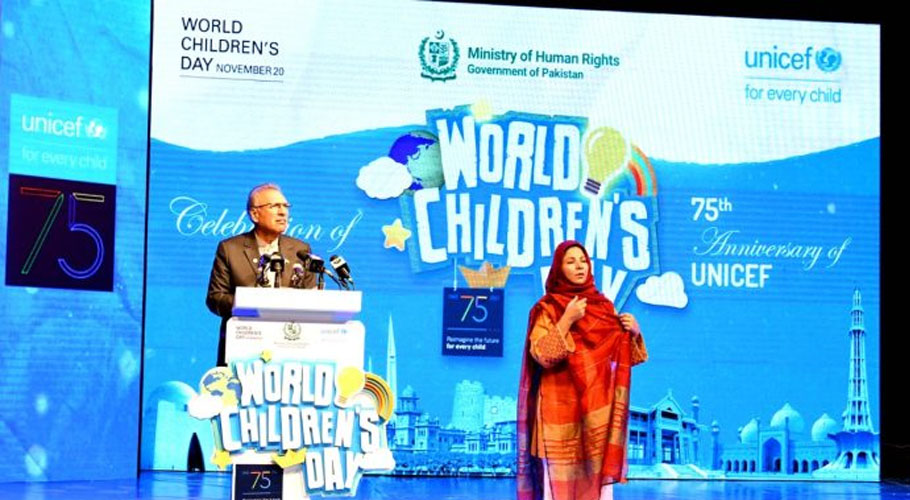 ISLAMABAD: President Dr Arif Alvi urged society to be compassionate to children and respect their rights and also called on the world to live in peace and stop wars creating havoc for children.

He was addressing an event held in connection with World Children’s Day held by the Human Rights Ministry. Minister for Human Rights Dr Shireen Mazari, UNICEF Country Director Aida Girma-Melaku and diplomats from various countries were in attendance besides children from different parts of the country.

The president said in case the humanitarian aid fell short or got late in Afghanistan, the children and women would be the major sufferer. “So, let’s get out of this hypocrisy and be frank what is needed for mankind,” he said and urged the world to cooperate on important issues like global warming. He said the international community should make joint efforts for the protection of children’s rights and provide them a peaceful atmosphere to grow.

He said the children usually brought smiles on faces but whenever they were in trouble, they brought tears to eyes, recalling the terrorist attack at Peshawar’s Army Public School and the plight of Palestinian children.

He said after two world wars, Europe agreed for no more war but the rest of the world was looking like a battlefield featuring oppression and cruelties like in the Middle East and Libya and the irresponsible attitude towards refugees. He said the world has a close eye on what was happening in Afghanistan but it had turned a blind eye to the use of pellet guns by Indian forces in Indian Illegally Occupied Jammu and Kashmir.

The president also quoted numerous Ahadith asking the parents not to tell a lie with the children, show compassion and love to them for their better upbringing. He said mere legislation would not suffice the protection of children’s rights until society shared the burden and took a responsibility to provide a safe atmosphere to the children.

Referring to the common practice of domestic child labour, the president said those doing it on the pretext of supporting a poor child should give them care and love, equaling their own kids. He also called for strict implementation of laws against child pornography and repeatedly advised parents to be vigilant on their children’s whereabouts to protect them against sexual exploitation besides encouraging the children to be expressive of any bad touch.

Reiterating the incumbent government’s commitment to addressing malnutrition and stunting through Ehsaas and other initiatives, the president also referred to Quranic verses calling two-year mother feeding of babies as the biggest source of nutrition which was now being strongly advocated by WHO and health experts.

President Alvi called for society to be more inclusive towards children with disabilities by ensuring their access to infrastructure and education in schools as they were equally intelligent. He said by showing compassion and ensuring welfare, disabled persons should be made functional members of society instead of making them dependent on others.

In her address, Human Rights Minister Dr Shireen Mazari said Pakistan had ratified seven core UN conventions on children’s rights to manifest its commitment for fulfilling the obligation of a better atmosphere and education and health facilities to them.

Citing legislation to prohibit domestic child labor, the establishment of Zainab Alert Authority and Zainab Alert Response and Recovery facility, she said the PTI government was focused on improving the children’s lives through multiple initiatives. She said through Ehsaas, the government was giving incentives to parents for sending their kids to schools and extending health facility under Sehat Card.

In her address, Unicef Country Director Aida Girma said they would continue to support the Government of Pakistan to generate evidence and develop child-centered, targeted interventions to reach the most marginalized children.  “This will help ensure that every child is given equal opportunity to reach her or his full potential in the face of social and economic challenges, rising poverty and inequality, and climate change,” she said.

World Children’s Day – celebrated every year on 20th November – marks the adoption of the Convention on the Rights of the Child (CRC) at the UN General Assembly 32 years ago on 20 November 1989. The event, which also marked UNICEF’s 75th anniversary, also featured the performance of the children on national anthem in sign language, besides documentaries on children’s rights in Pakistan. 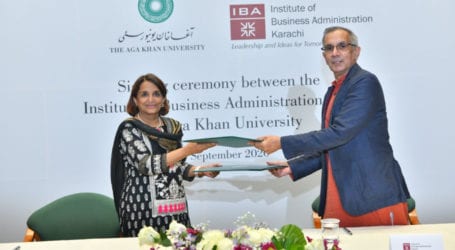 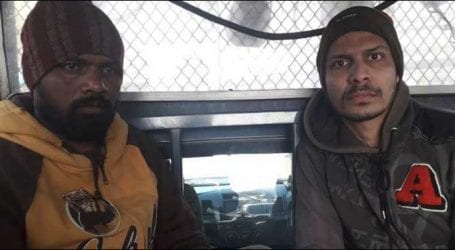 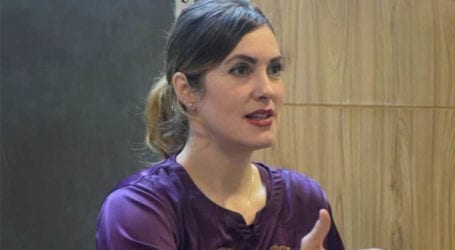