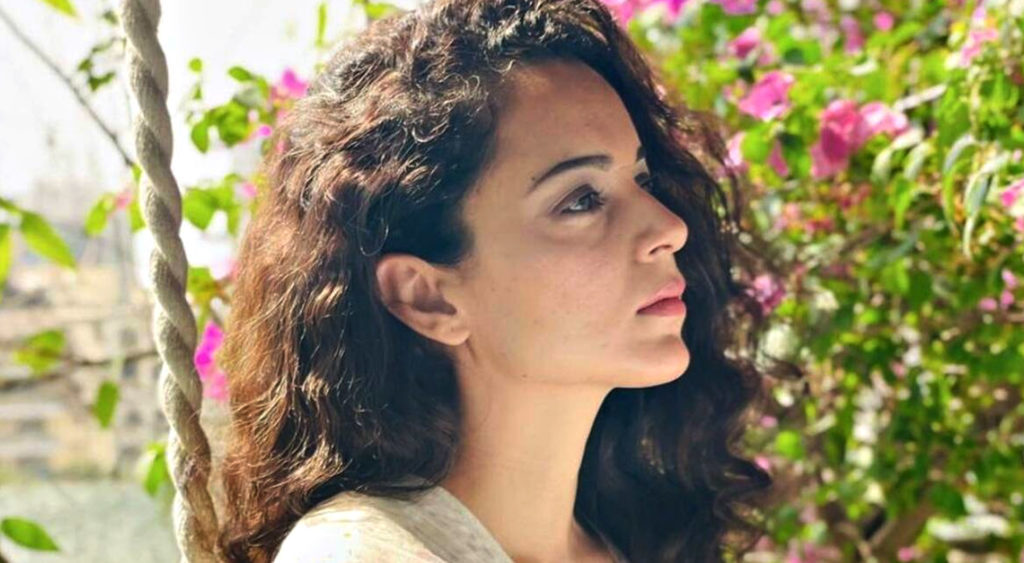 Bollywood actress Kangana Ranaut just shared a new post on Instagram titled ‘Bharat’ in which she has demanded to change the name of India.
May 10, 2021

The Queen star, who recently tested positive for COVID-19,  has now deleted her post on the grounds of misinformation after the actor caught flak for her words.

“I have quarantined myself, I had no idea this virus is having a party in my body, now that I know I will demolish it, people please don’t give anything any power over you, if you are scared it will scare you more, come let’s destroy this Covid -19 it is nothing but a small-time flu which got too much press and now psyching few people. Har Har Mahadev,” she wrote in the post which has now been taken down. 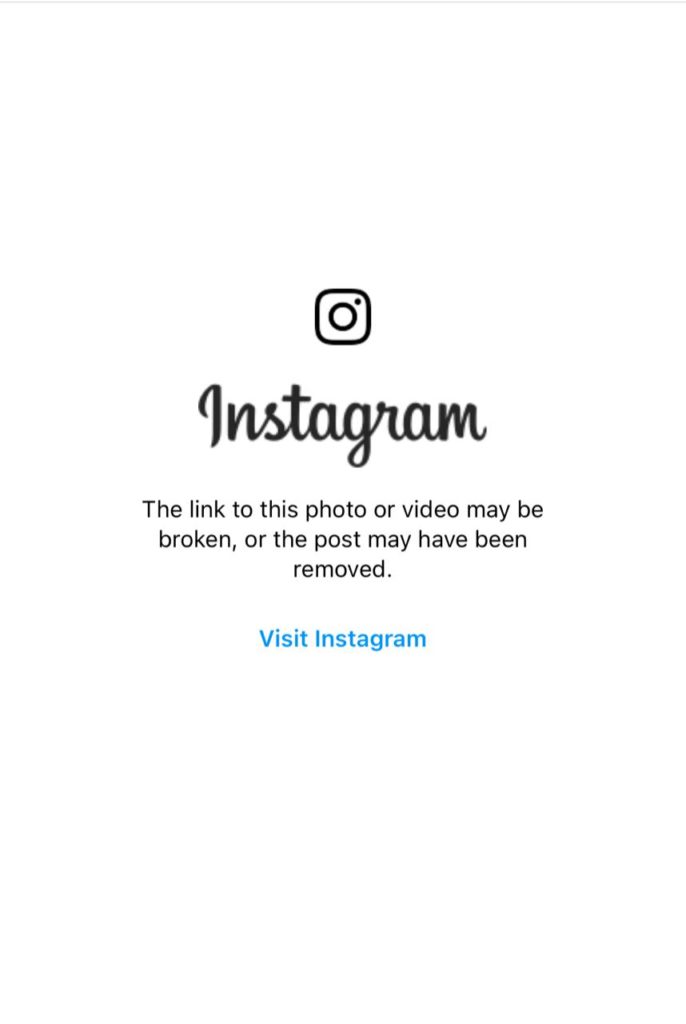 After the post was deleted by Instagram, she took to her stories and hit back, writing: “Instagram has deleted my post where I threatened to demolish Covid because some were hurt. Matlab terrorists and communists sympathisers suna tha twitter pe lekin (I had heard of terrorist and communist sympathisers on Twitter but) Covid fan club awesome… It’s been two days here on insta but don’t think will last here more than a week.” 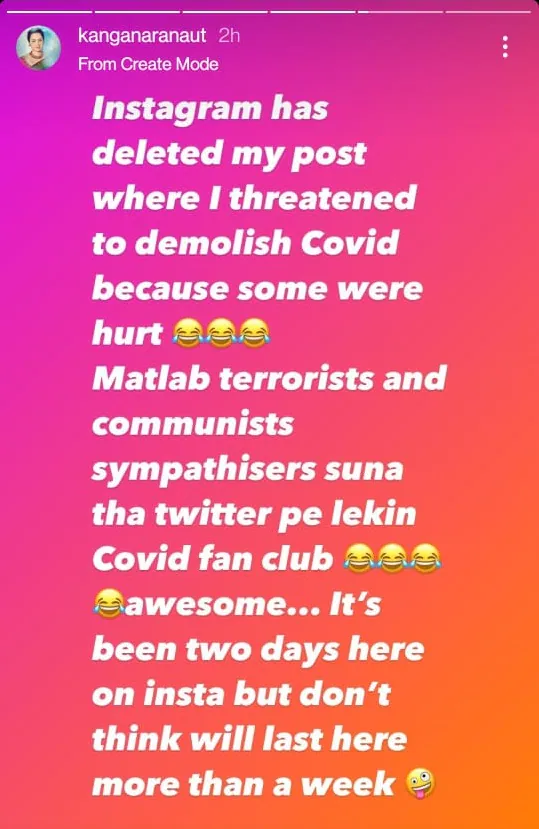 It was last week that after sharing a series of controversial tweets, Kangana Ranaut’s Twitter account was suspended. The actor’s Twitter page is blacked out for violating rules. The actor had shared tweets about the West Bengal violence and demanded a presidential rule in the state. Kangana even tweeted to Prime Minister Narendra Modi to take ‘Virat roop’ and tame Bengal CM Mamta Banerjee.

On Kangana’s account suspension, Twitter Spokesperson told WION, “We’ve been clear that we will take strong enforcement action on behaviour that has the potential to lead to offline harm. The referenced account has been permanently suspended for repeated violations of Twitter Rules specifically our Hateful Conduct policy and Abusive Behaviour policy. We enforce the Twitter Rules judiciously and impartially for everyone on our service.” 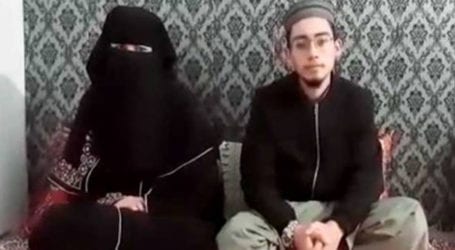 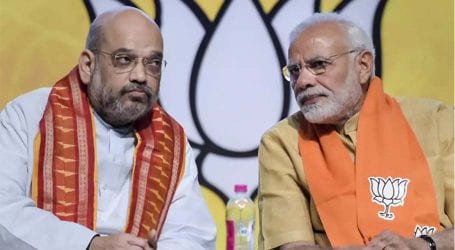 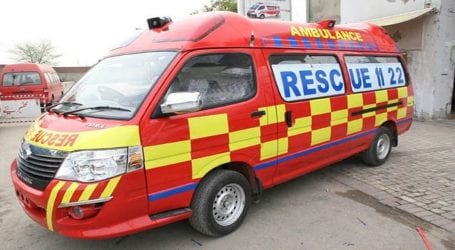