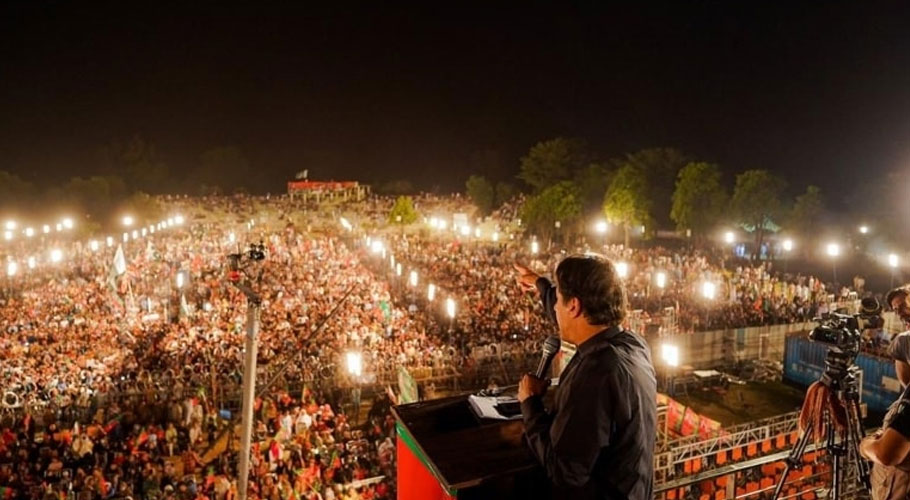 JHELUM: Former prime minister and PTI Chairman Imran Khan on Tuesday has clarified his anti-state speech allegations, saying that when he speaks of Mir Jafar, he refers to Prime Minister Shehbaz Sharif and not any head of state institution.

The former premier has been accused of targeting the military, albeit in a subtle manner. Imran, while addressing a public gathering in Abbottabad on Sunday, had narrated the stories of Mir Jafar and Mir Sadiq.

Imran Khan had said Sirajud Daula was a governor of the Mughal emperor whose commander-in-chief, Mir Jafar, joined hands with the English to topple the government. He had linked the historical tale of treason with the way he lost his own government last month.

The remarks prompted a response from Prime Minister Shehbaz Sharif, saying that Imran’s speech was “a grand conspiracy against Pakistan” and its institutions.

Imran, in a fresh PTI power show in Jhelum tonight, responded to PM Shehbaz’s warning. “Shehbaz Sharif is real Mir Jaffar and Mir Sadiq who is installed as the prime minister through a foreign conspiracy,” he said while addressing a public gathering in Jhelum on Tuesday night as a part of his party’s drive to mobilise the public against a US-backed ‘foreign conspiracy’.

Imran also claimed that the Pakistan Army and his party were the only two entities keeping the country from “breaking apart” in the face of alleged propaganda campaigns being run by India.

He alleged that India had established “600 media houses”, which he said were being used to wage propaganda against Pakistan, particularly against the army and himself.

“Why did India target the army and Imran Khan? Because they are the only two forces that will keep the country united today,” Imran said, adding that it was the effort of the country’s enemies to break it apart into “three fragments”.

Imran explained that the PTI, in particular, was targeted because it was the only “federal party” in the country which had representation from all over. He claimed that the PTI was the only party with the strength to hold “historic rallies” in Karachi, Lahore and Peshawar within 10 days.

Imran also lashed out at PPP leaders, saying that he will soon visit Sindh and rid the province of former president Asif Zardari.

“Zardari have looted the nation and sent money abroad! I told you when I have been ousted I will become more dangerous for you. I was waiting to be amongst my nation. I thank God for my nation’s support!” he added.

Coming to his planned march towards Islamabad, the PTI chairman said he wanted the elderly, youth, women, children and families to participate in it. He revised his estimates for the march’s strength, saying it had now gone up to 2.5 million from 2m following his interactions with the public.

He said the nation had “awakened” and there would only be one demand after his march, which would be of fresh elections. Imran later thanked his supporters, for what he said was a “record turnout” for the Jhelum power show. 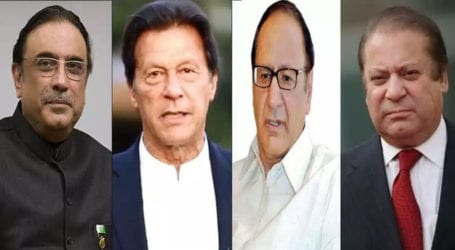 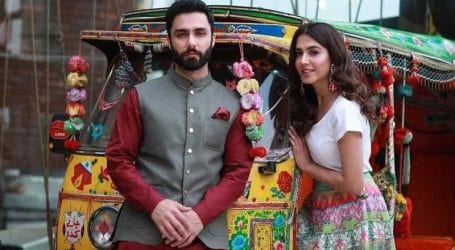 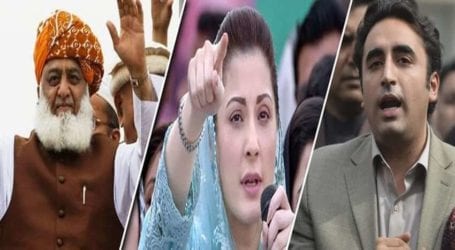