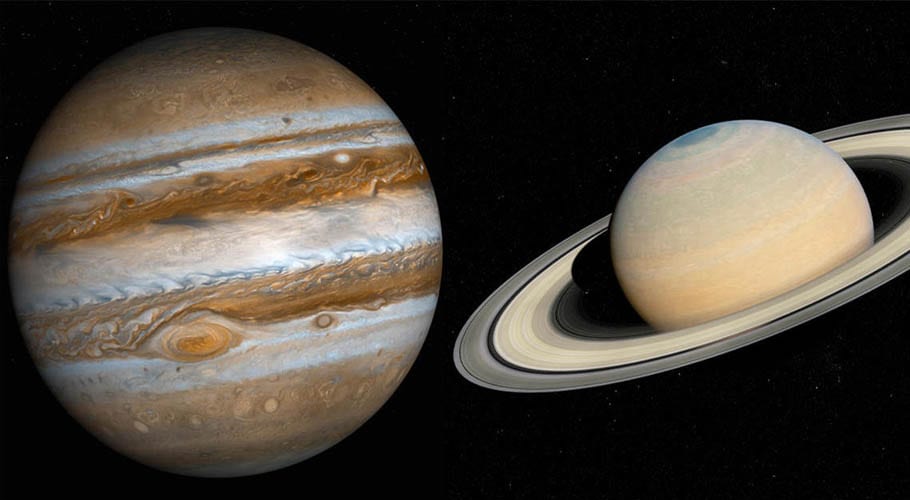 Astronomers are gearing up for a heavenly spectacle when Jupiter and Saturn huddle closer together in the evening sky than they have for nearly 400 years.

The celestial event will play out on Monday when the solar system’s two largest planets appear side by side in a ‘great conjunction’ above the horizon soon after sunset.

In the distant past, such alignments of the planets were seen as portents of things to come, from great fires and floods to the birth of Christ and the ultimate collapse of civilisation.

The orbital paths of the two huge planets ensure great conjunctions every 20 years, but many are impossible to see with the naked eye because they happen during the daytime.

Others are less impressive events, as the planets do not come very close together. This year’s will be the closest conjunction since 1623, the year Shakespeare’s collected works were first published. The planets will get so close together that they may look like one very bright star. It will be 2080 before the planets align so closely again.

Great conjunctions happen when Jupiter, which laps the sun in a shade under 12 years, and Saturn, which orbits every 29.5 years, come into near alignment with the Earth.

This year, the planets will appear in the sky one-fifth of the width of a full moon apart. The event coincides with the winter solstice, when the tilt of the northern hemisphere away from the sun produces the shortest day and the longest night.

This year’s event has particular significance, because there is no record of anyone viewing such a close a great conjunction through a telescope ever before.

There are at least two good reasons for this. First, during the 1623 conjunction, Jupiter and Saturn were close to the sun, so may have set by the time it was dark or it was dangerous to point a telescope near the sun.

Historical records trace an interest in conjunctions at least as far back as 8th-century Baghdad. But the cosmic couplings captivated scientists for many centuries more.

German astronomer Johannes Kepler observed a great conjunction in 1603, and a supernova the year after. It outshone the brightest stars in the sky. Kepler calculated that another great conjunction must have happened in 7BC. That too, he speculated, may have preceded a supernova, one that is now known as the Christmas star. 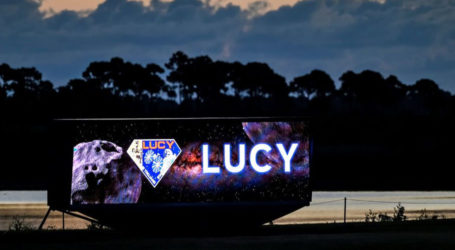