ISLAMABAD: Punjab Governor Omar Sarfraz Cheema has sent a report to President Arif Alvi about Hamza Shehbaz’s election as Chief Minister Punjab and has asked him to declare this election void, a private TV channel reported on Sunday.

As per the report, in his six-page report, received by President on Sunday, Cheema has highlighted “constitutional violations” in the election of the Punjab chief minister held earlier this month.

The report came to light a day after the Lahore High Court (LHC) asked President Alvi to appoint someone else instead of Cheema for the oath-taking of PML-N’s Hamza Shehbaz who emerged victorious in the election of the CM on April 16.

According to the TV report, the Punjab governor alleged that the voting record of the election was “tampered with” with along with the violation of the Rules of Business.

In his report, Cheema said the CM election violated the Constitution. He added the police entered the Punjab Assembly in violation of the assembly rules and members were allegedly stopped from voting in the election.

The report further said that the voting procedure contradicted the Second Schedule of the Constitution. As per Rule 21 of the Rules of the Business of the Punjab Assembly, the speaker is supposed to intimate the governor about the outcome of the election, and the governor needed to be satisfied with the election of the leader of the house, Cheema wrote in his report.

The report also raised questions over former chief minister Usman Buzdar’s resignation which “violated Sub-Section 8 of Article 130”. The governor’s office never received the resignation of Buzdar so how could it have accepted it, the report claimed.

Cheema urged the president to declare the election void in the light of information shared by him. He asked the president for constitutional advice over the issue in the wake of the circumstances in Punjab. 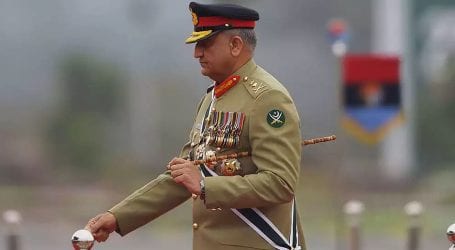