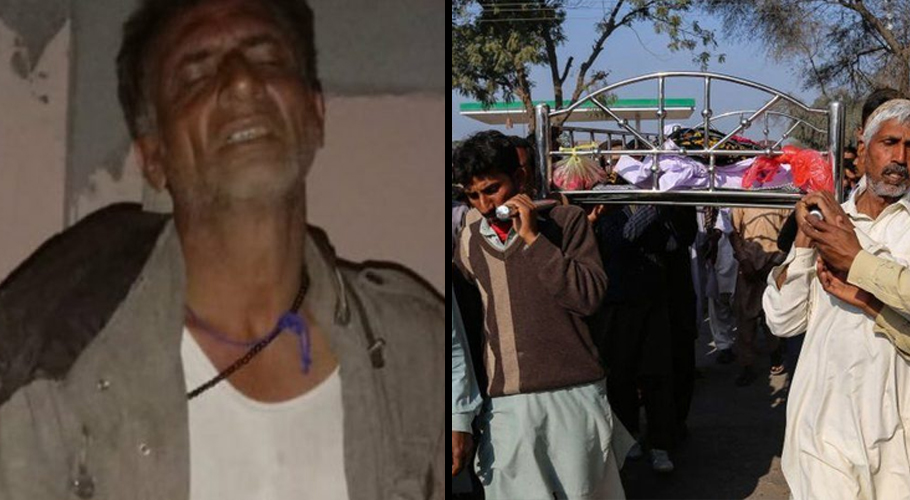 In another incident, a mob has lynched a man in the rural area of Mian Channu in Khanewal district of Punjab province over blasphemy allegations.

The middle-aged man identified as Mushtaq Ahmed, aged 41, was seen allegedly desecrating the Holy Quran inside a mosque. Hundreds of people gathered in Jungle Dera village after Maghrib prayers. A mob of about 300 people eventually got hold of Mushtaq and started beating him and eventually stoned him to death over allegations of blasphemy.

According to media reports, the custodian of the village mosque told police he saw smoke inside the mosque, which is adjacent to his home, and rushed over to investigate. He found one copy of the Quran burned and saw a man attempting to burn another. He said people were starting to arrive for evening prayers as he shouted for the man to stop.

The mentally-ill victim reportedly claimed innocence but the villagers first tied him up to a tree and then hit him with bricks until he died. Eyewitnesses said a police team reached the village well before the stoning and even took the victim in custody but the mob snatched him from the station house officer’s custody.

The crowd began throwing stones at the man and the officers, according to the local police. The mob then hanged his body from a tree. Videos shared on social media showed a large crowd gathered at the site.

Police said three officers were injured during the attack after they attempted to disperse the mob. More officers and constables arrived at the scene later and took control, allowing for the body to be transported to a hospital for an autopsy.

What will happen now?

Police have arrested 82 people after identifying them from video footage. This includes six prime suspects in the incident. Police said investigators were scanning available videos to try to identify the assailants.

“The ill-fated man has been mentally unstable for the last 15 years and according to his family often went missing from home for days begging and eating whatever he could find,” area police chief Munawar Gujjar told a media outlet.

In an initial report, IGP Rao Sardar said police had registered a terrorism case against 300 unknown suspects, including 33 nominated accused. He said the police conducted 120 raids and detained suspects. He added police would conduct forensic analysis of available footage to identify more suspects.

Prime Minister Imran Khan took notice of a mob lynching incident, saying “zero tolerance” would be shown to the perpetrators, and has sought a report from the police chief. “We have zero tolerance for anyone taking the law into their own hands and mob lynching will be dealt with the full severity of the law,” he said in a tweet.

Special Representative to Prime Minister on Religious Harmony Tahir Ashrafi said that the victim was not mentally sound and had been suffering from a mental illness for around 15 years.

He said the culture of being “judge, jury and executioner” could no longer continue. He informed that PM Imran was monitoring the case, adding that no one should think of “running the country as per their own desires”.

The PM’s aide said that ulema would meet the heirs of the deceased, adding that all Islamic scholars were of the view that no person possessed the right to kill another. He also called on the chief justice to expedite the hearing of blasphemy cases.

Blasphemy is a hugely sensitive issue in Pakistan and laws carry a potential death sentence. Up to 80 people are known to be in jail on blasphemy charges. Mob attacks on people accused of blasphemy are common and those accused can become the targets of extremist vigilante groups.

Last month, a woman was sentenced to death after being convicted of sending a blasphemous text message via WhatsApp. In December, a mob lynched the Sri Lankan manager of a sporting goods factory in Sialkot in Punjab, who was accused by workers of blasphemy. 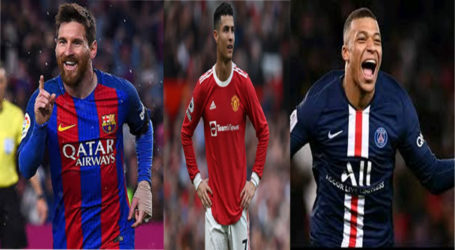 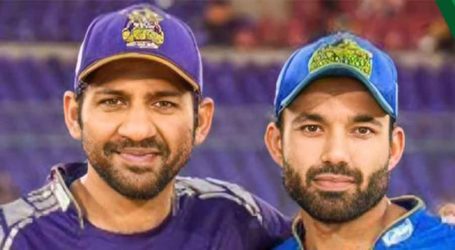 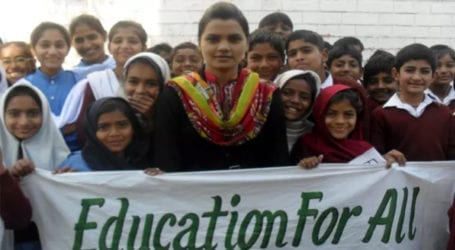