`Actress Ushna Shah has shamed 'Dawn imagines' for misleading her story on Instagram in which she has called Canadian vlogger Rosie Gabrielle a 'white saviour'. (Instagram)
June 19, 2021

Actress Ushna Shah has shamed ‘Dawn images’ for misleading her story on Instagram in which she has called Canadian vlogger Rosie Gabrielle a ‘white saviour’.

Ushna Shah recently bashed the Canadian vlogger after she called out ‘local tourists’ for destroying Hunza’s culture with drugs, partying, vulgarity, and leaving a lot of trash. The actress while referring the vlogger said, “You know what we don’t appreciate? Judgmental, condescending, “white saviour” wanna-be’s. We don’t need YOU to ‘fix us’,” the Balaa star penned. “Government of Pakistan needs to stop handing out YouTube visas.” 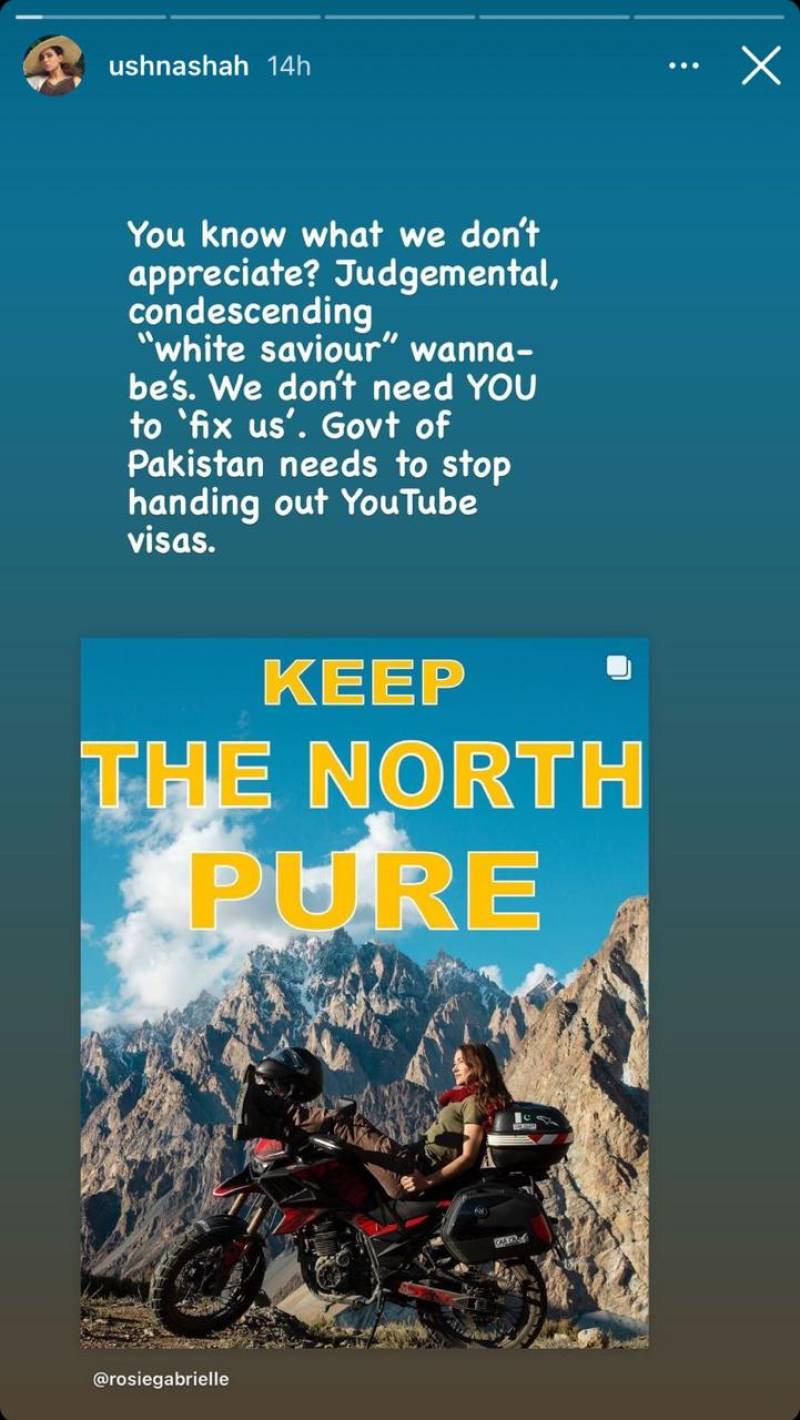 Soon, Ushna’s Instagram story was turned into proper news by many websites including ‘Dawn Images’ which according to Ushna posted news based on her story in quite a misleading way. The upset actress then commented on ‘Dawn Images’ and later took a screenshot of her comment and posted it on her story in which she can be seen ranting, “Another example of a misconstructed headline.”

In another post, Ushna while defending her stance against the vlogger, shared another post which stated, Post from February, people from Hunza referring to this person as having ‘white saviour’ mentality.

According to the Canadian logger in her post,  she almost had a nervous breakdown from the amount of disturbance she received from local tourists. “Feeling privileged and entitled to destroy the land, bringing toxic habits to innocent communities is not okay,” she maintained.