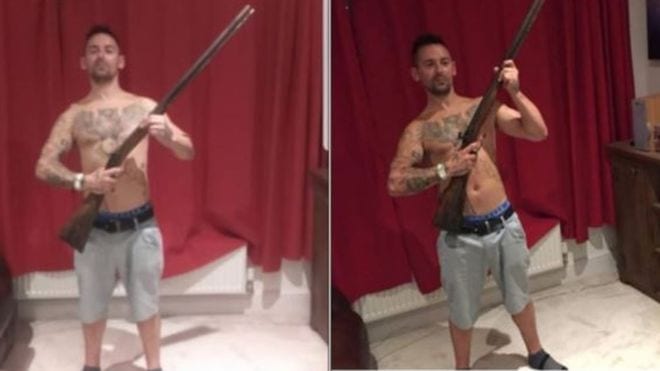 CARDIFF: A court in the United Kingdom convicted a man to four years imprisonment for sharing pictures of himself carrying a shotgun and spreading anti-Muslims content on the Internet, reported by BBC.

Cardiff’s thirty-nine-year-old Jay Davidson posted an “extremely offensive” messages in August 2018, on Monday, the Cardiff Crown Court was told that Davidson encouraged the viewers in Instagram and Whatsapp posts to “stand up.”

He was found guilty by a jury of stirring up religious and racial hatred. However, last month in a court session, the same accused was cleared of two counts of inciting religious hatred.

Sentencing Davison, Judge Tracey-Lloyd Clarke said, “The manner and way you behaved reveals something of your inner thoughts and for you then to take a photo of yourself holding a firearm makes this a matter so serious only an immediate custodial sentence is appropriate.”

Jenny Hopkins, from the Crown Prosecution Service, added: “This is a warning to people that posting material online can have damaging consequences for them. The images showed him bare-chested holding a shotgun. He then left comments below those images. He was using language that you normally associate with white supremacists.”

Davidson had rejected the charges during the trial and said that the pictures were taken after a drinking night at a friend’s house. He added that he had no racist opinions and definitely did not have the intention of inciting ethnic hatred.

“It was terrible judgement on my behalf and I should not have posted it,” he said. “It was drunken stupidity. When I am sober I am a completely different person.” 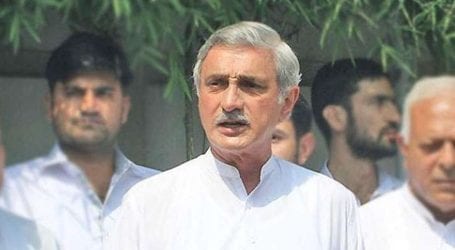 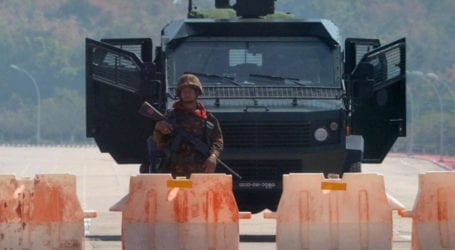