Recently, Sajal Aly revealed that she was once offered a role in Hollywood which she turned down because of a few bold scenes. She further said that those scenes could be done by using body double but she still didn’t find it appropriate.

Now, Aadi took a sarcastic jibe at the actress on his Instagram by connecting her statement to Humayun Saeed’s selection in the Netflix series ‘The Crown’.

He wrote that the makers offered him to play Diana in The Crown but there was a bold scene with Humayun Saeed so he said ‘no’. “I have my values and I can’t compromise on them just for the sake of Netflix, I am sorry.” 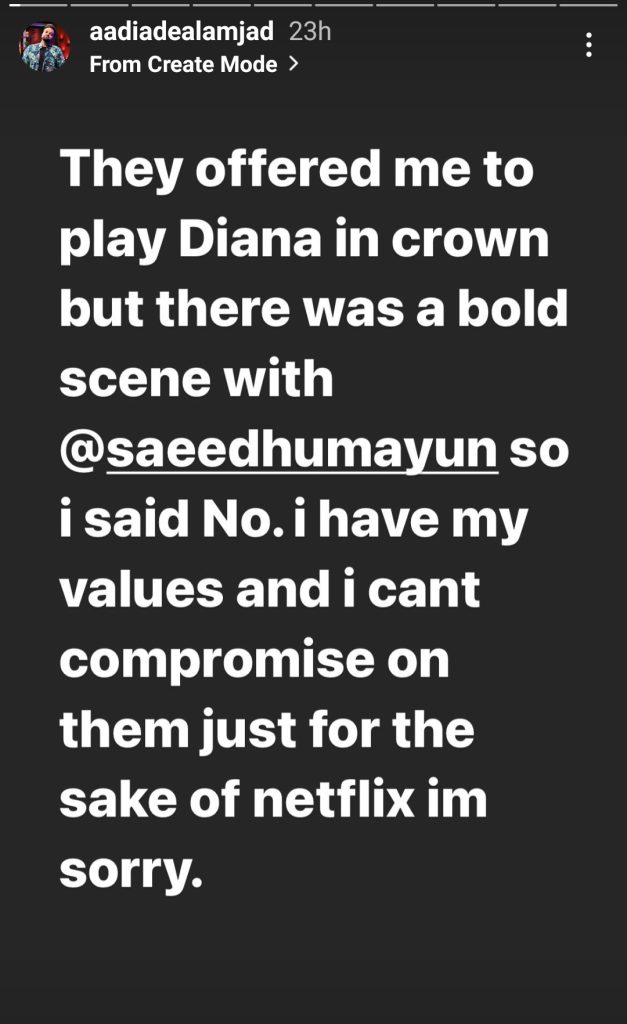 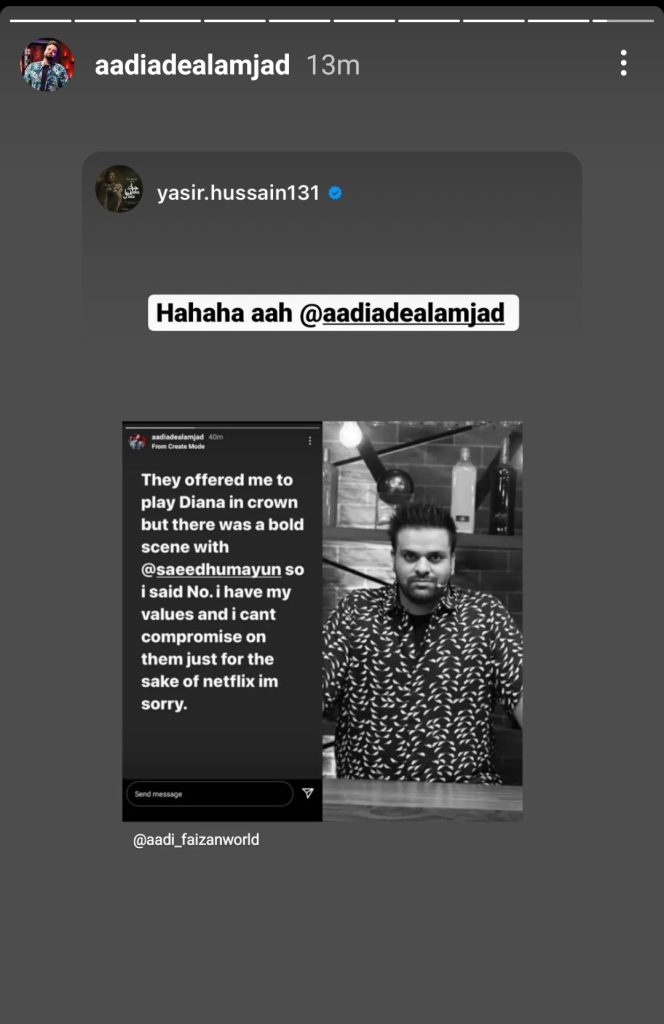 The statement came after Humayun Saeed said to be casted as Dr Hasnat Khan, who was in a relationship with Princess Diana, on the upcoming fifth season of the acclaimed Netflix series “The Crown”.

On the hit royal drama, Saeed will play Khan, a British-Pakistani heart surgeon who practiced at London’s Royal Brompton Hospital. According to Variety, Khan’s 2004 statement to the Metropolitan Police, which was submitted in 2008 to an inquest into Diana’s death, stated that he was in a relationship with her from 1995-1997 and that she broke up with him after she met Dodi Fayed at a holiday with Mohammed Al Fayed and his family.