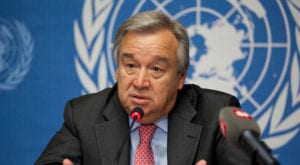 NEW YORK: United Nations Secretary-General Antonio Guterres will run for a second five-year term as the organization’s chief, his spokesman said. Guterres informed the president of the General Assembly and Security Council that “he is available to serve a second 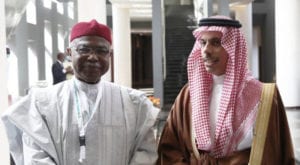 ISLAMABAD: Pakistan has extended its warm felicitations to Hussein Ibrahim Taha, from the Republic of Chad, on his election as the new Organisation of Islamic Cooperation (OIC) Secretary General . The Ministry of Foreign Affairs issued a statement in the 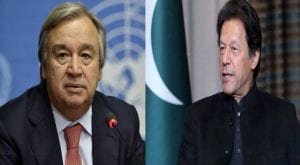 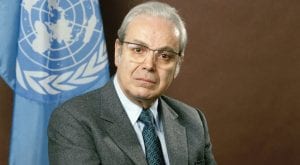 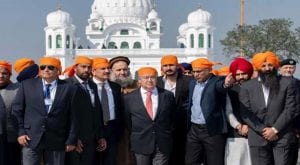 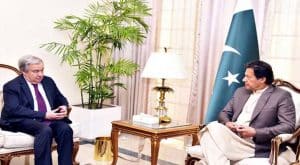 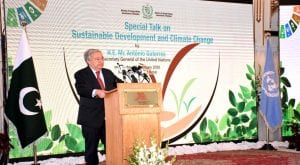 ISLAMABAD: Responding to a question regarding Kashmir, United Nations Secretary-General Antonio Guterres reiterated his call for dialogue between Pakistan and India over Kashmir dispute. Addressing a conference about Climate Change today (Sunday), he responded to a journalist question about atrocities 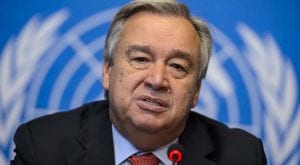 ISLAMABAD: United Nations Secretary-General (UNSG) Antonio Guterres will be visiting Pakistan from 16-19 February 2020 to participate in a conference being held on Afghan refugees. The secretary-general will participate in the “International Conference on 40 Years of Hosting Afghan Refugees 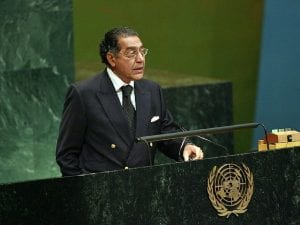 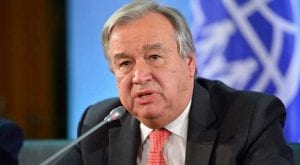 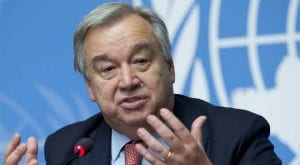 UNITED NATIONS: The United Nations (UN) Secretary-General Antonio Guterres has said that he has been monitoring the worsening situation in Indian occupied Kashmir (IoK), especially escalating restrictions and mass arrests. A spokesman to UN Secretary-General, Stephane Dujarric said in a