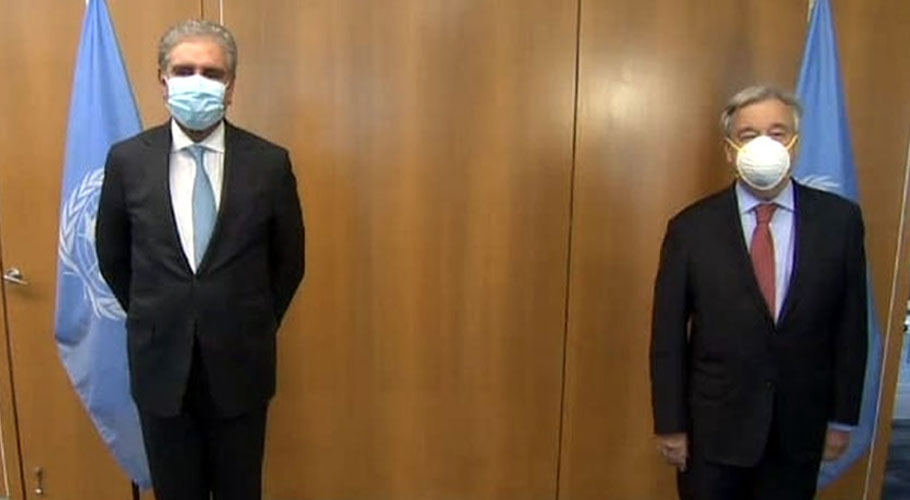 The foreign minister underscored that his visit to New York to attend the General Assembly session on Palestine was an expression of Pakistan’s firm and unwavering support to the legitimate cause of the Palestinian people for their right to self-determination.

Qureshi also briefed the UN Secretary General on the serious human rights and humanitarian situation in the Indian Illegally Occupied Jammu and Kashmir, including continued illegal incarceration of the Kashmiri political leaders and extrajudicial killings.

He said Pakistan desired normal relations with India. However, the onus was on India to take steps to create an enabling environment for a meaningful engagement.

Qureshi urged the UN Secretary General to use his good offices to resolve the Jammu and Kashmir dispute in line with the UN Charter and the relevant Security Council resolutions.

He highlighted Pakistan’s constructive efforts to facilitate the Afghan peace process, and expressed the hope that the Afghan parties would seize the opportunity and reach an inclusive, politically negotiated settlement, resulting in lasting peace and security in Afghanistan.

While expressing deep concern at the rising tide of intolerance, discrimination, violence and Islamophobia against Muslims, the minister urged relevant UN bodies to address this challenge.

A day earlier, Foreign Minister Shah Mahmood Qureshi held a meeting with the President of the UN General Assembly Volkan Bozkir at the UN headquarters in New York.

He thanked the president for his proactive leadership in convening the UNGA session to discuss the situation in Palestine. He hoped that the session will send a strong message to other organs of the UN, particularly the UN Security Council, to fulfill its primary responsibility towards maintenance of international peace and security.

He said that the entire Pakistani nation was outraged over Israel’s use of indiscriminate and disproportionate force against innocent Palestinians. He reiterated Pakistan calls for an immediate ceasefire and ensure Israel’s full compliance with international humanitarian and human rights laws.

He also briefed Bozkir on the deteriorating human rights and humanitarian situation in the Indian Illegally Occupied Jammu & Kashmir, including continued extra-judicial killings and incarceration of Kashmiri political leaders.

He called for a strong international response to COVID-19 based on solidarity and cooperation. He recalled Prime Minister Imran Khan’s proposed plan of action for recovery from  the pandemic. 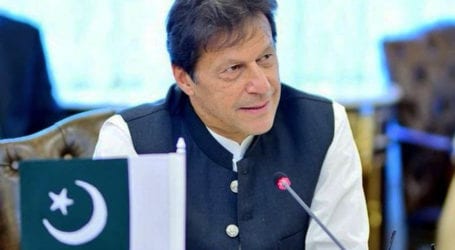 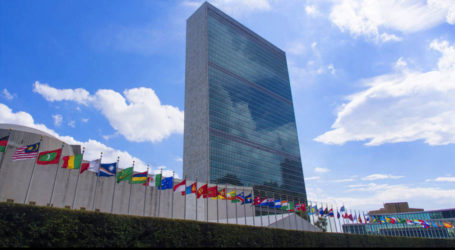