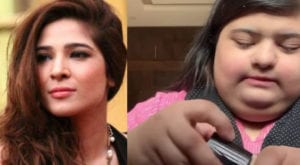 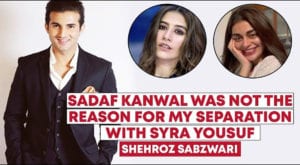 KARACHI: Actor Shehroz Sabzwari has opened up after marrying model Sadaf Kanwal in which he claimed that his second wife was not the reason behind his separation from his first wife, Syra Yousuf. In a video statement, the actor claimed 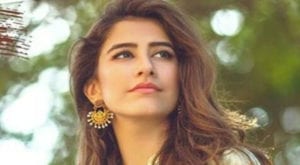 KARACHI: The news of actor Shehroz Sabzwari and model Sadaf Kanwal’s marriage has confirmed all rumours about their relationship widespread on social media. The news of the relationship between the two began to surface in December last year when the 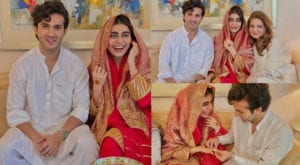 KARACHI: Famous actor Shehroz Sabzwari and model Sadaf Kanwal have finally tied the knot in a simple ‘Nikkah’ ceremony. Photos of the couple’s nikkah ceremony had been circulating on social media, and the news was confirmed after the model changed