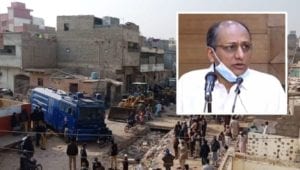 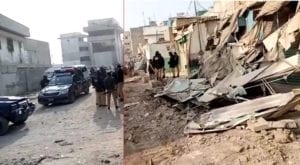 KARACHI: The Karachi Municipal Corporation (KMC) has started a grand operation to remove encroachments from the stormwater drain in Mehmoodabad. A large of KMC teams have arrived on the location along with a heavy contingent of police and Rangers who 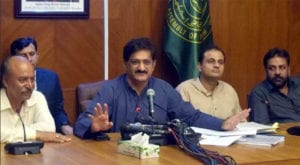 KARACHI: The Sindh government has decided to widen the stormwater drain in Mehmoodabad locality of Karachi apart from the anti-encroachment drive. Chief Minister Sindh Murad Ali Shah convened a meeting on the cleanliness of stormwater and sewerage drains. Sindh for 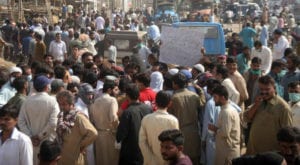 KARACHI: Police registered a case against nearly 1,000 residents of Manzoor Colony and Mehmoodabad for staging a violent protest during an anti-encroachment drive along a stormwater drain. The FIR was registered at the Baloch Colony police station under Section 147

KARACHI: Mehmoodabad Police conducted two separate operations and arrested four criminals involved in drugs peddling and gambling. Drug peddler Hafeezullah alias I.P was arrested during an operation in Chanesar Goth. He was responsible for selling in various areas of the 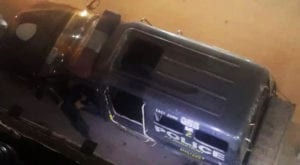 KARACHI: Police foiled a robbery attempt in Mehmoodabad area and arrested one suspect. Baloch Colony police station conducted a raid in Ashraf Colony of Mehmoodabad No. 6 after receiving a tip-off that four gangsters have entered the area to conduct 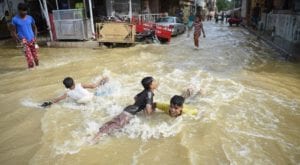 KARACHI: A breach in the dyke in Malir River near Mehmoodabad inundated several areas on Tuesday night as residents remained stranded in their homes. The streets in Dadabhoy Town near Baloch Colony remain inundated after water overflowed from Malir stream.