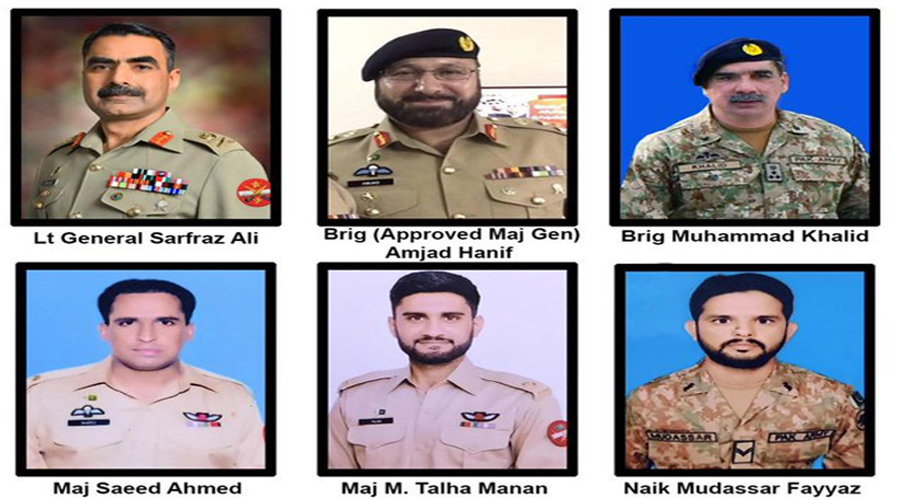 RAWALPINDI: The Inter-Services Public Relations (ISPR) said on Tuesday that the debris of the Pakistan Army’s aviation helicopter that went missing a day earlier has been found at Moosa Goth near the Sassi Punnu Shrine in Balochistan. All officers and soldiers including Corp Commander Quetta Lieutenant General Sarfraz Ali embraced martyrdom.

Yesterday, the army chopper that was en-route to Karachi from Quetta, went missing nearly at 5:30pm, with important personalities aboard.

The Inter-Services Public Relations (ISPR) said that the aviation helicopter was on a flood relief operation in Lasbela, Balochistan when it lost contact with air traffic control (ATC).

Corp Commander Quetta Lieutenant General Sarfraz Ali, who was supervising the flood relief operations in the province, was among six people on board.

The Lasbela senior superintendent of police said at around 12:25pm, police recovered the crashed helicopter at Haji Moosa Goth on the top of a mountain, which was seven to eight kilometers away from Abbas Police Post, Sakran.

“The heli[copter] is completely destroyed. Police are further searching the area,” he said in a statement.

“Accident occurred due to bad weather as per initial investigations,” ISPR said. 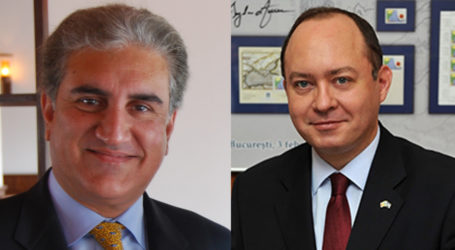 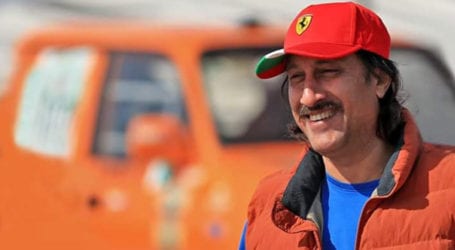 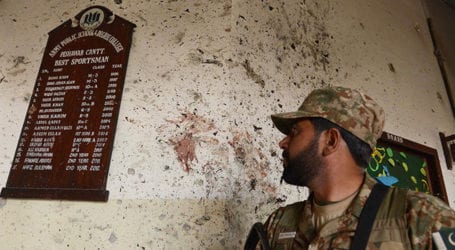