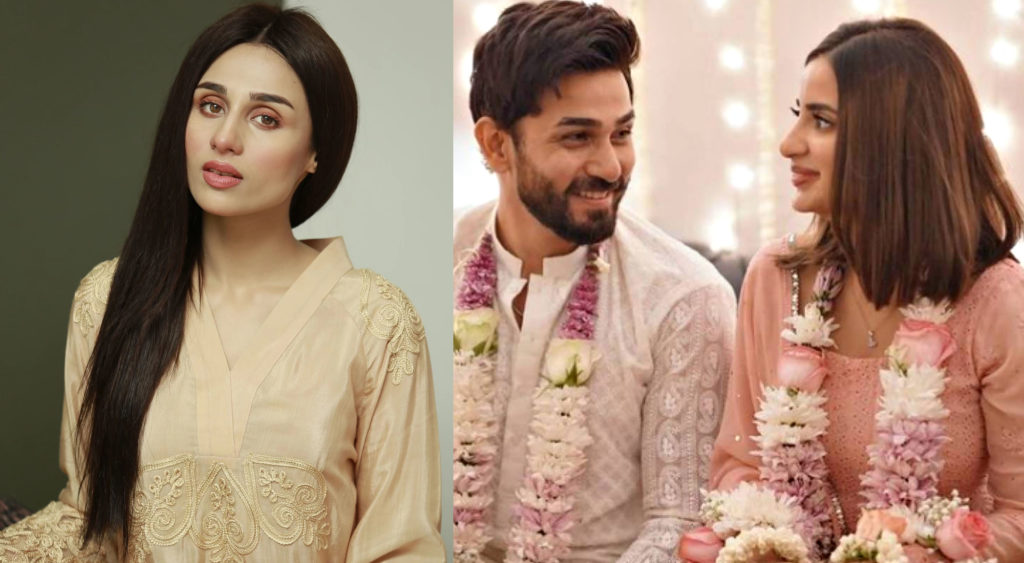 It is to be noted that Mashal Khan was previously dating actor Ali Ansari. Khan in a statement has taken to social media and called out everyone who involved her in Ansari and Aly’s relationship. 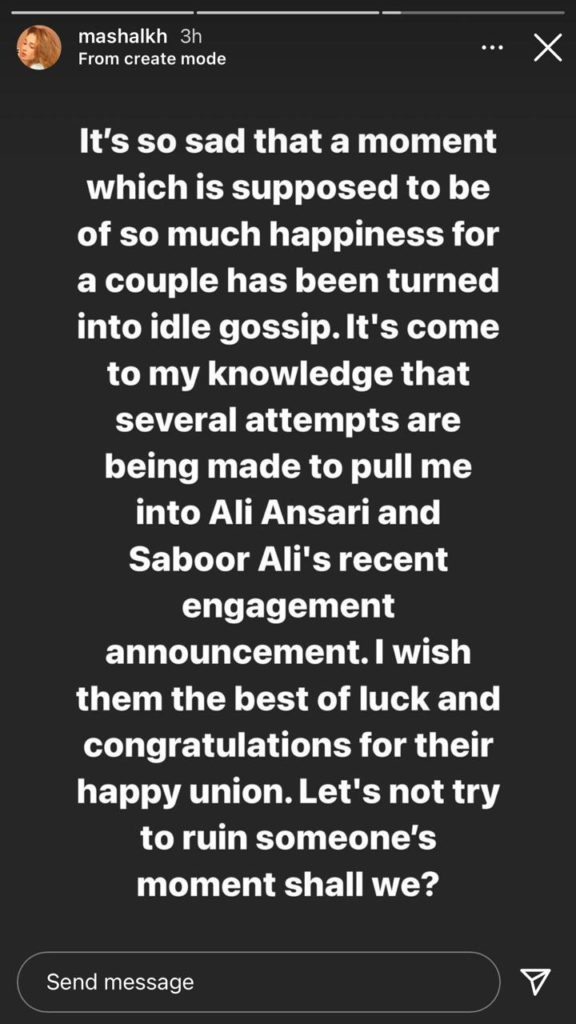 “It is so sad that a moment which is supposed to be of so much happiness for a couple has been turned into idle gossip. It has come to my knowledge that several attempts are being made to pull me into Ali Ansari and Saboor Aly’s engagement announcement. Let’s not try to ruin someone’s moment, shall we?” the actress shared on her Instagram story.

Ali Ansari and Mashal Khan had last year. She also had addressed in a live Instagram session about her breakup. While talking about her relationship status, she said, “People follow celebrity couples and get really invested but when they break up they don’t tell you so you are like I have invested myself and now I need to know. But obviously, these things are so personal and something people can’t understand. Breakups are not always violent and aggressive.”

She apologized publicly for not tlking about her breakup and said, “I feel bad about not talking about breakup with my fans. I just want to say sorry and if was up to me and if it was not about peoples’ heart I would have surely spoken about it. I hope they understand.” 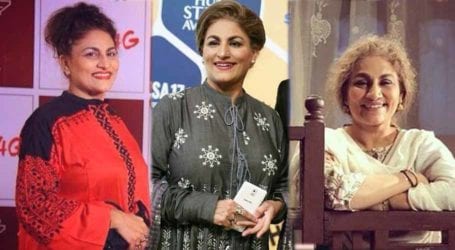 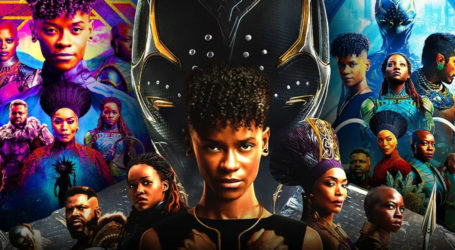 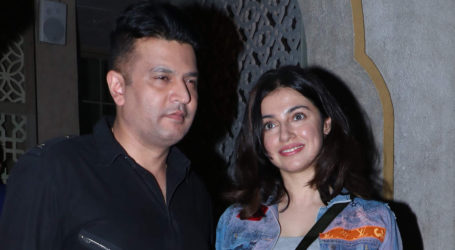