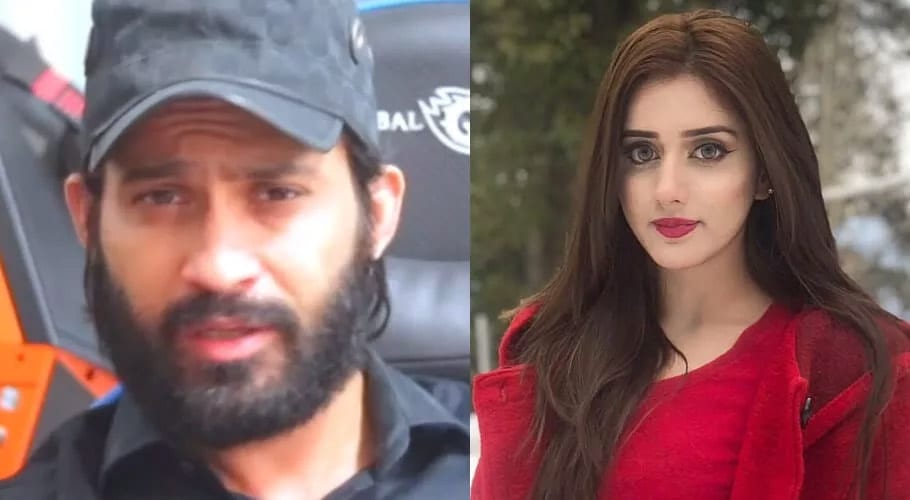 Pakistan’s top social media celebrity, Waqar Zaka and TikTok star Jannat Mirza have become the new point of contention for social media trolls after they crossed the moral ethics by criticizing each other on social media.

In fact, social media has had a brutal onslaught on human morals or ethics, leading to a culture where a Facebook status, a tweet or an Instagram selfie is more important than real-life issues.

We see people dying, drowning, burning and brutally treated, and we sadistically capture their sufferings through the lens of our camera, only to upload it the next moment on social media. What we want is more ‘likes’, ‘comments’, ‘views’, or ‘hits’ on the picture/video.

There was a time when social values were studied for the purpose of determining the mental position of a human being but today that is not needed. By observing its social media it can now determine where society stands intellectually.

The main reasons for the unstoppable immorality on social media are not the result of any external cognitive conspiracy but our own internal moral haze that is coming out after we have intellectual freedom.

The intellectual freedom that we could not even imagine collectively has become one-click today. Anything can be written and shared.

After the availability of such perfect and ultimate freedom, the reality of a human comes out. A mere ban never leads to any positive results. No ban on social media today has any significance.

Social media is a virtual society in which every human being has the opportunity to utilize his or her abilities. The process of learning and teaching one another can be continued without having to set the geographical distance.

The most important point for us right now is to moralize intellectual freedom on social media. A proper set of ethics for moral enrichment should be developed to analyze and calculate the unhealthy activities on social media. It is the state’s duty to formulate moral values through which to balance human behavior.

Popular Chinese video app ‘TikTok’ had been banned in Pakistan over ‘obscene’ and ‘indecent’ content. The Pakistan Telecommunication Authority on October 9 banned the TikTok in view of complaints.

As per the statement issued by the authority, the app was given significant time to respond and comply with instructions to effectively moderate “unlawful online content”.

“However, the application failed to fully comply with the instructions, therefore, directions were issued for blocking of TikTok application in the country,” the statement said.

Waqar Zaka has hit back at TikTok star Jannat Mirza for calling him a hypocrite.

Jannat Mirza earlier called Waqar Zaka an uncle and called him a hypocrite for mocking TikTokers as he himself makes videos for fame and followers, according to her.

In a recent short clip, Waqar Zaka mocked Jannat that she is a real hypocrite. Jannat Mirza was happy over the ban placed on TikTok, the social video app; she earlier raised her fame from, Waqar notified.

He also said that compete him for his positive deeds. “I say you (Jannat) contest election from the area I choose and I would do the same and let’s see who wins,” he added.

Waqar Zaka while making a reaction video on Tiktok clips made some offensive remarks about Jannat Mirza. She, in an Instagram post, called Zaka a hypocrite.

She also referred to Zaka as uncle and criticized him for being a hypocrite. According to Mirza, Waqar Zaka does the same things TikTokers do for rating and publicity so he has no right to rebuke the TikTokers, according to Jannat Mirza.

Aggressive marketing has no place

It is very important to remember that whenever you connect with a social media network, you are joining a community. In any community, you need to be sure to treat the people in your community with respect and kindness.

It is of the utmost importance to respect the boundaries of others. Aggressive targeted marketing has no place in social media.

Your motivation for being a part of the community is to give others the benefit of your experience and to build relationships with other members of your community. Waqar Zaka and Jannat Mirza should bring their attitudes in the realm of morality and civilization.