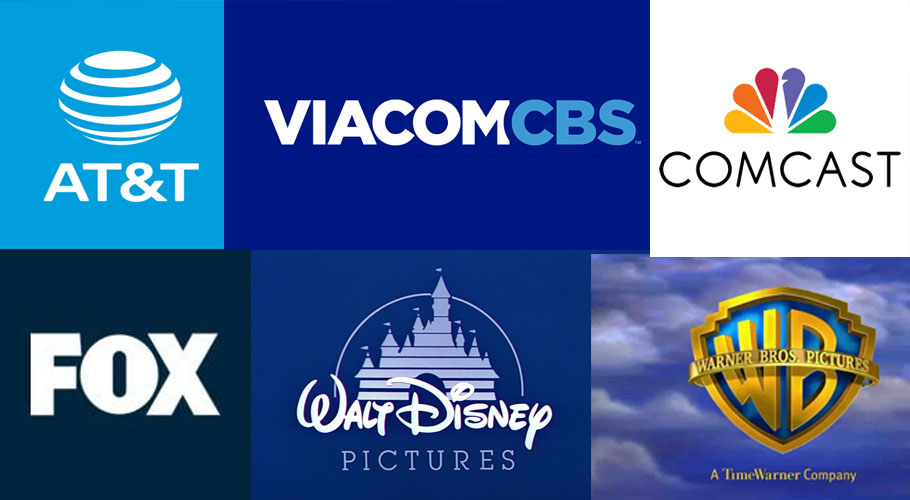 Foreign Minister Shah Mahmood Qureshi’s recently earned the ire on social after he claimed that Israel has “deep pockets” and controls the media.

The foreign minister’s appearance on US-based CNN has garnered attention after the anchor accused him of making an “anti-Semitic” remarks. However, several others jumped to his defence and are justified his statement as legitimate criticism of Israel.

While there has been intense debate on whether his comments can be deemed ‘anti-Semitics’, we need to visit the role on media monopolies, cross-ownership of media, and how it controls audiences in societies around the world.

Today, six media giants control a whopping 90% of what we read, watch, or listen to. They also control our minds or the decisions we make today.

The medium is the message – This is a phrase coined by communication theorist Marshall McLuhan in 1964 which is still relevant today in the digital era.

McLuhan proposes that a communication medium itself, not the messages it carries, should be the primary focus of study. He showed that media affects any society by its characteristics or content.

According to renowned academic Noam Chomsky, “propaganda is to democracy as the bludgeon is to a totalitarian state,” and the mass media is the primary vehicle for delivering propaganda in the United States.

In his book ‘Media Control’, Chomsky came up with two counter-posing definitions of democracy.

Democracy version #1: The public must be allowed to participate in a meaningful way in the management of their own affairs, and the means of information are open and free.

Democracy version #2: The public must be barred from managing their own affairs and the means of information are kept narrowly and rigidly controlled.

According to Chomsky, the second version of democracy is the “prevailing conception, both in theory and operation.”

The influence of media affects the presentation of the reports and issues made in the news that affects the public mind. The reports are presented in such a way that when a particular news report is given importance and attention, the audience will automatically perceive the most important news and information are given to them.

The priorities of which news comes first and then the next are set by the media according to how people think and how much influence will it have among the audience.

How do media monopolies work?

A large company, or corporation, such as News Corp or Walt Disney Company, buys many shares of a media source (i.e. news, radio, newspaper, billboards. etc.) so that they effectively own it.

The information broadcasted is then under the corporation’s discretion. Now when there is an event that may jeopardize the interests of the company the news source controlled by them is forbidden from reporting on the event.

The control and censorship of media is more effective through media cartels whereby different corporations agree to support one another through the content and slant of the news they control.

If media is controlled by corporations, pro-business perspectives can dominate. This will also inhibit marginalized groups from spreading their messages. When we allow these media sources to frame the way we view current issues then the way we respond to those issues is informed and manipulated by corporate interests.

Media monopolies try to ensure that the public thinks a certain way and that they are overwhelmed by a sense of superficiality and fear.

In the United States, six corporations control 90% of the media outlets in America. The largest media conglomerates are Comcast, The Walt Disney Company, News Corporation, ViacomCBS, and Time Warner and AT&T.

In 2013, News Corps owned by media tycoon Rupert Murdoch split into two firms while CBS and Viacom merged in 2019. Last week, AT&T and Discovery said they will combine their content to form a standalone global entertainment and media business.