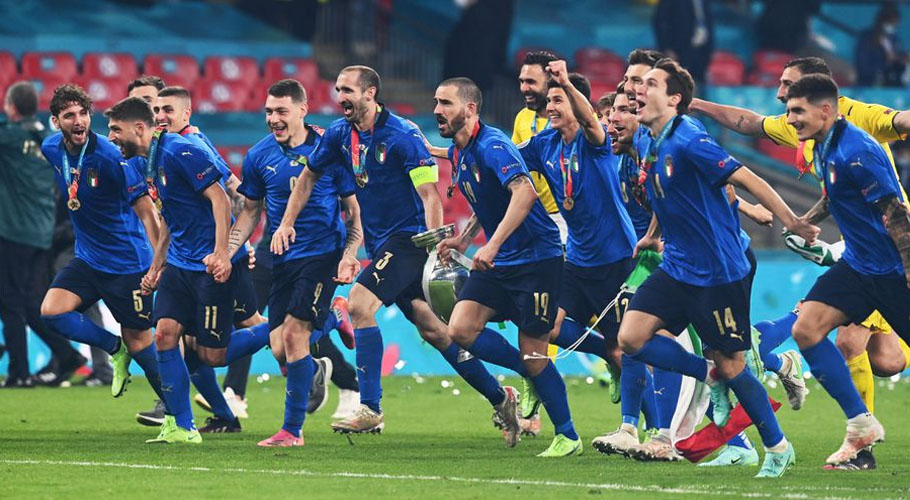 Italy inflicted heartbreak on England to win the Euro 2020 final after a penalty shootout at Wembley Stadium in London.

Millions of England fans had gathered to watch their side contest a major final for the first time in 55 years. They lost 3-2 on penalties after the match ended 1-1, leaving younger players who missed spot-kicks such as Bukayo Saka, 19, and Jadon Sancho, 21, sobbing on the shoulders and chests of their teammates.

Hundreds of fans charged security at Wembley before kickoff to try to enter the ground, with video clips showing fans fighting each other and officials. Police said after the game they had arrested 45 people while nineteen officers were injured in the riots.

Italy celebrates with the trophy after winning Euro 2020.

Italy celebrates with the trophy after winning Euro 2020

Italy celebrates after winning Euro 2020 after a penalty shootout.

Italy’s Federico Bernardeschi scores a penalty during a penalty shootout.

England fans with flares on Wembley way outside Wembley stadium ahead of the match.