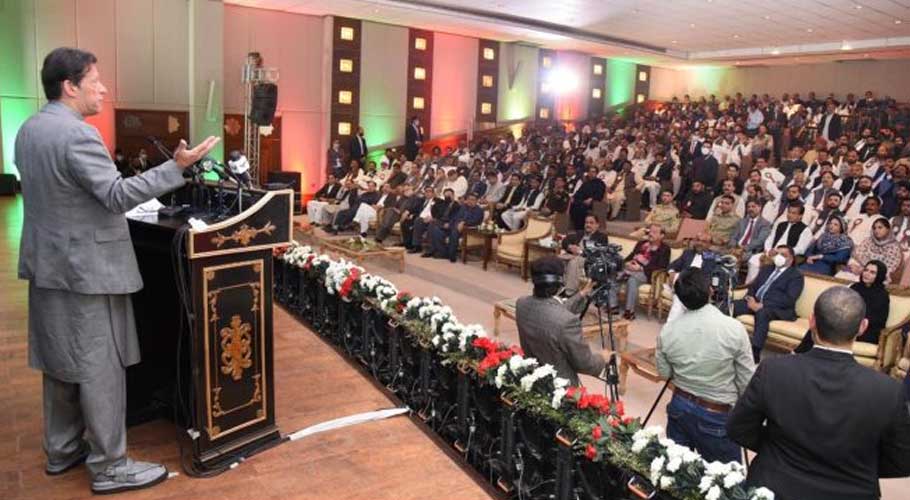 ISLAMABAD: Prime Minister Imran Khan on Tuesday said he was proud of his government to take initiatives with regard to saving the future of coming generations, instead of pursuing winning the next elections.

“From day one, the opposition wanted to topple my government because they fear that their ‘political shops’ will be shut after PTI’s performance,” said PM Imran, adding that nations progress when they think about their future generations, not the elections.

The premier made these remarks while addressing the ground-breaking ceremony of 128-kilometre Lilla-Jhelum dual carriageway, which will be completed in 30 months at a cost of Rs.16 billion and will connect Khushab, Mandi Bahauddin, Gujrat and Mirpur regions.

PM Imran pointed out that his government addressed the challenges of pollution, deforestation, water scarcity and food shortage compared with the previous rulers who had spent extravagantly on roads construction, which were aimed at winning polls.

He mentioned that after fifty years, the country was getting three big dams as the government realized the imminent challenge of shortage of water. He added that due to the apathy of previous governments, the ruthless tree-cutting had turned several cities into a concrete jungle. The prime minister said his government had planted around 2.5 billion trees with a target of 10 billion in coming years.

PM Imran said Economist Magazine ranked Pakistan as the top country in the world which handled the Covid-19 pandemic in a best possible way despite limited resources. He also quoted a World Bank report on how the poverty in Pakistan had been reduced during his government’s tenure.

However, the premier admitted that people were facing difficulties due to high inflation, saying that due to Covid-19 entire world was facing the same problem amid supply chain disruption.

The prime minister expressed confidence that the government would effectively overcome the passing phase of inflation as a result of the global situation. “In the coming days, we are going to announce a big package for common man,” he added.

The current wave of inflation, Prime Minister Imran said, was a result of external factors and prices were increasing in the international market. However, the problem caused by lockdowns across the world would persist only till winter, he added.

After completion of the five-year tenure, he said Pakistan Tehreek-e-Insaf (PTI) would emerge successful in the eyes of public by achieving the goals of development and prosperity.

Talking about the use of electronic voting machines (EVMs) in the 2023 general elections, the prime minister said that he found the opposition’s resistance to using EVMs surprising.

“Technology is being used across the world for voting so that elections can be held in a better and transparent manner, but I am surprised that our opposition is against it,” he remarked.

On Lilla-Jhelum road, he said the project would help promote tourism in the area, boost farm to the market supply of agricultural produce, enhance employment opportunities and strengthen economic development. 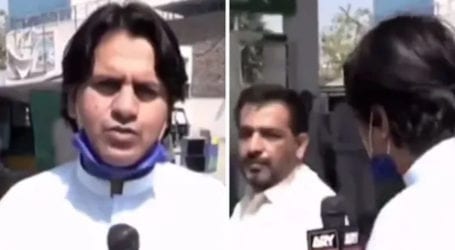 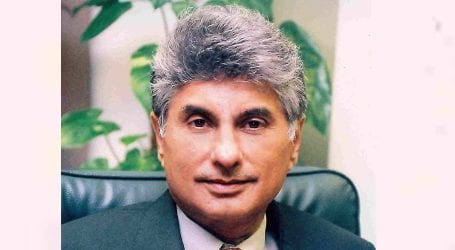 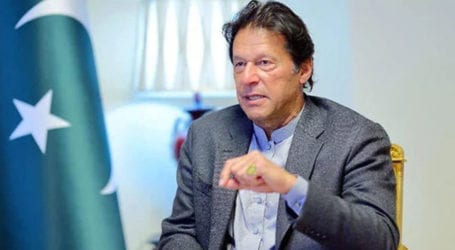