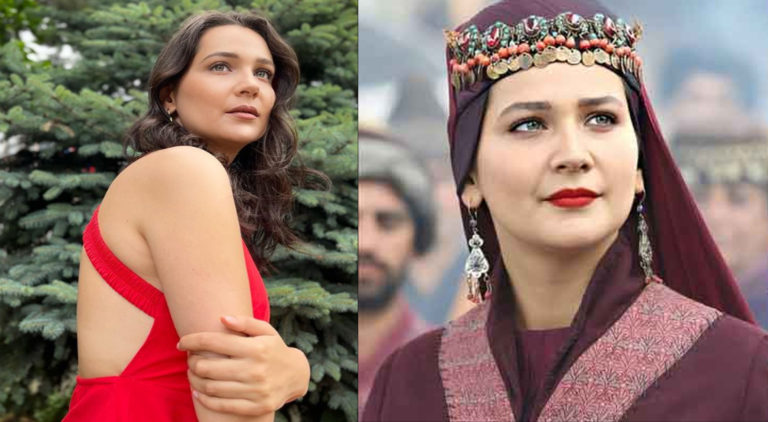 Turkish television actress Gulsim Ali has shared ravishing pictures on her Instagram accounts which have been adored by her fans.

The actress can be seen wearing a red backless gown posing with her hair flowing down. Pakistani fashion designer Maria B also praised the latest picture and called her “gorgeous girl”.

Gulsim Ali is a Turkish television actress and model who rose to immense fame after starring as Aslihan Hatun in the historical drama series ‘Dirilis:Ertugrul’.

Dirilis:Ertugrul received immense popularity in Pakistan and the drama was  widely appreciated.  Turkish beauty Gülsim Ali is a favourite amongst Ertugral fans as her enthralling performance as Aslihan Hatun in Diriliş: Ertuğrul won hearts.

A couple of months ago, the Turkish actress dressed up in Pakistani attire and left her fans bedazzled. Gulsim has posed in a pink dress by designer Maria B and as twirls happily with utmost grace in front of the camera. “I’m in love with @mariabofficial?” she wrote.

Earlier, Gulsim had stunned her fans with her appearance in fashion designer Maria B’s campaign alongside superstar Ayeza Khan. The two share a great bond and their adorable interaction on social media is quite popular among their fans.