American famous socialite Paris Hilton has deleted her tweet in which she spoke out about the attacks by Israel on Palestine.

Sharing an article by an international Website ‘The Guardian’ about Israel vowing to not put an end to the attacks on Gaza, the American media personality demanded the Israeli government stop killing innocent civilians in Palestine. 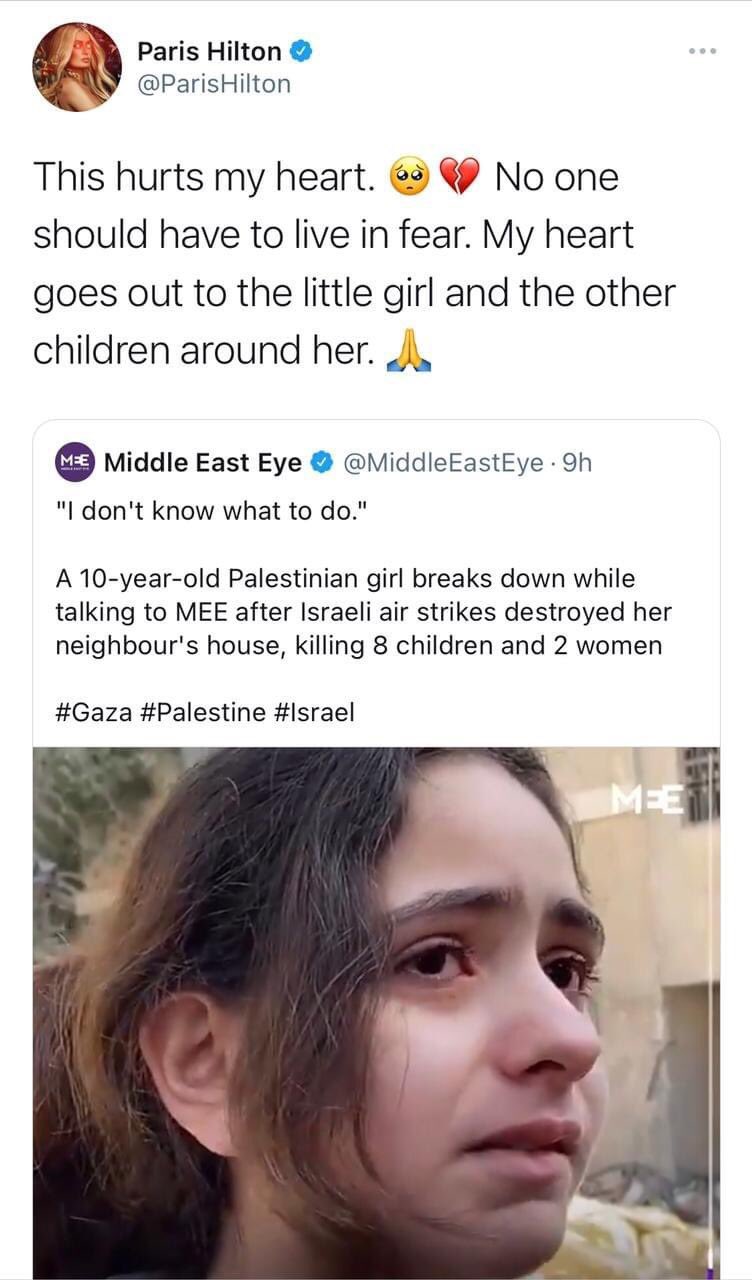 “This is so heartbreaking. This needs to stop! #SavePalestine #GazaUnderAttack #stopthegenocide,” she wrote. “This hurts my heart. No one should have to live in fear. My heart goes out to the little girl and the other children around her,” she said in another tweet accompanied with a video of a 10-year-old Palestinian girl breaking down after Israeli airstrikes destroyed her neighbourhood.

Sending love and light around the world. Praying for peace to make the world a better place for all. 🙏

However, Hilton later deleted the tweets in which she condemned the bombing of Gaza without explaining why. She put out a new, carefully-worded neutral stance. “Sending love and light around the world. Praying for peace to make the world a better place for all,” she wrote.

Celebrities and high-profile media figures have been wading in on the ongoing situation in Israel-Palestine. Most recently, the Palestinian-heritage model Bella Hadid was falsely accused of calling for Jewish people to be thrown into the sea by an official Israeli account..

Israeli air strikes in Gaza have now killed over 200 people, including 59 children, while rocket and anti-tank attacks from the besieged enclave have claimed the lives of 10 people in Israel. In the occupied West Bank, at least 12 Palestinian protesters have been killed by Israeli forces and settlers.