Directed and written by Sharmeen, Sitara: Let the Girls Dream take the viewers on a trip through Lahore’s historic town where Pari, a 14-year-old girl, hopes to become a pilot one day.

Her story is narrated from the view of her six-year-old sister, Mehr, unaware of her family’s culture and limitations.

It is a fable of a family, where the societal pressure and cultural limitations restrict women from realizing their dreams. Sitara is a silent, dialogue-free movie that represents the oppression of family and society.

“Young girls everywhere still face considerable hurdles in achieving their dreams. Sitara embodies that struggle, it is a story of Pari, a young girl who dreams of becoming a pilot and is robbed of it.” 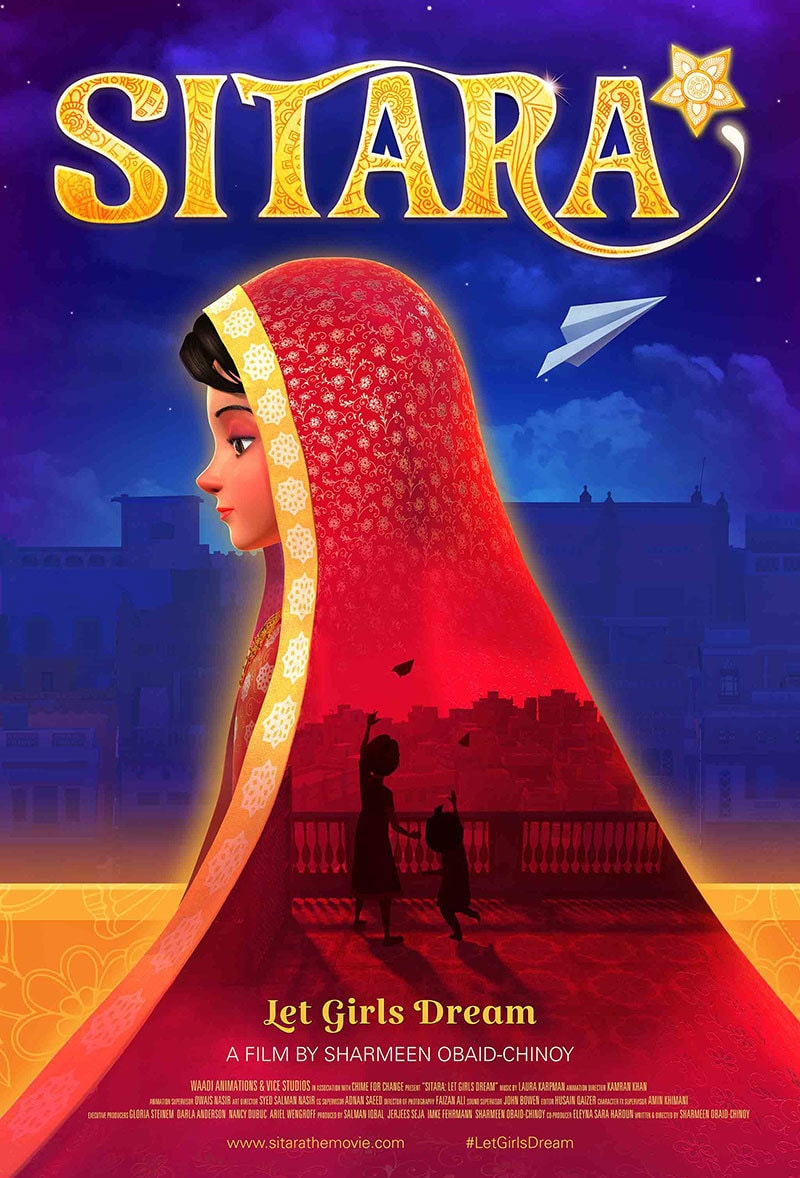 “For me, Sitara is more than a film, it is a movement that we want to start across the world, that encourages parents to invest in their girls’ dreams, encouraging them to free their girls from the burdens of early marriage,” said Obaid-Chinoy.

Each year, globally 12 million young girls are married off as child brides, refusing them the right to education and a chance to achieve their dreams