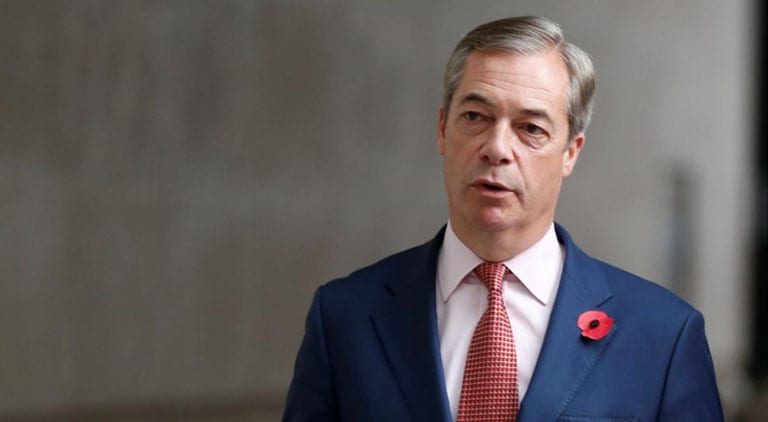 LONDON: Nigel Farage, the leader of Brexit Party, said he would not stand in next month’s election, choosing instead to campaign countywide against Prime Minister Boris Johnson’s EU divorce deal.

“I have thought very hard about this: How do I serve the cause of Brexit best?” he told BBC’s Andrew Marr on Sunday.

“Do I find a seat and try to get myself into parliament or do I serve the cause better traversing the length and breadth of the United Kingdom supporting 600 candidates, and I’ve decided the latter course is the right one.”

Farage, an anti-EU campaigner, set up the Brexit Party just this year and swiftly won the most votes in Britain in European elections in May.

His announcement this week that the party would field candidates in all constituencies in next month’s snap election was seen as a potential setback for Johnson, risking splitting the vote of Brexit supporters.

Farage previously led the UK Independence Party (UKIP). The threat that it might siphon off Conservative votes played a major role in persuading then-Prime Minister David Cameron to hold the 2016 referendum in which Britain voted to quit the EU.

Farage, who has stood for parliament unsuccessfully seven times, said his party was contesting so many seats, and potentially splitting support from leave voters, because Johnson’s EU divorce deal was “not Brexit”.

“If Boris (Johnson) was going for a genuine Brexit, we wouldn’t need to fight against him in this election,” he said.

He has criticised Johnson’s withdrawal agreement as a treaty that binds Britain to EU political objectives and says Britain should seek a free trade deal instead. The government says the criticism is inaccurate and a withdrawal deal is the best way to smooth the transition to a future free trade deal.

Johnson’s Conservatives are leading in the polls ahead of the Dec. 12 snap election, but with the country still starkly divided over Brexit, the outcome is highly unpredictable.

Voters opposed to Brexit are divided among several opposition parties, while Johnson has aimed to rally supporters of Brexit behind his Conservatives.

Farage, whose party is supported by between 7% and 13% of voters according to recent surveys, said he had wanted to create a “leave alliance,” but his appeals to the Conservatives had gone unheeded.

“I still hope and pray it happens, but it doesn’t look like it will,” he said.

Johnson, who played a leading role in the 2016 referendum campaign to leave the EU, became prime minister in July after Theresa May resigned having failed to persuade parliament to accept an agreement on exit terms she had reached with the EU.

Johnson confounded his critics by agreeing a deal with the EU in October, which differs from May’s deal mainly by allowing many EU rules to continue to apply in British-ruled Northern Ireland while the rest of the United Kingdom goes its own way.

He has called an early election, arguing that he needs a new mandate to enact his deal.

Johnson said he had ruled out a pact with every other party because it would only make it more likely that Labour leader Jeremy Corbyn would become prime minister.

Johnson’s own failure to deliver Brexit by his Oct. 31 deadline was a “matter of deep regret”, he told Sky News, but his deal was now the only way to get Britain out of the bloc.

“The only way out of the EU now, the only way to get Brexit done, is to go with the deal that we’ve got,” he said. 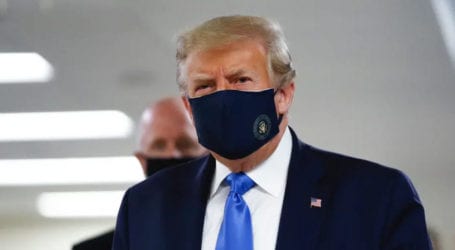 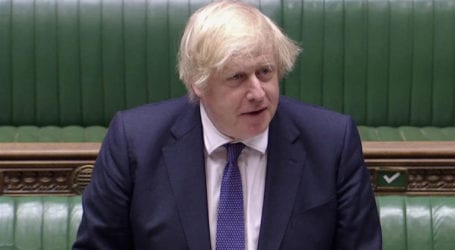