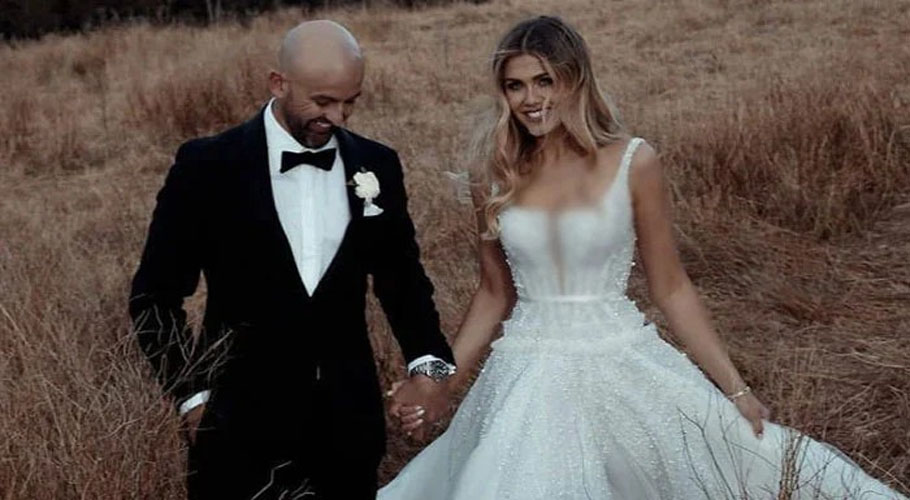 According to media reports, the Australian spinner shared his wedding photo and video on Instagram. It can be seen in the picture that on the occasion of their wedding, he is wearing a black pant coat while his bride is wearing a white gown, both of them were looking very charming together. While sharing the picture on Instagram, he wrote in the caption ‘Mr and Mrs’.

Moreover, Former and current players of the Australian cricket team congratulated the newlyweds and expressed their best wishes. It might be possible that Nathan Lyon was last seen in action in the recently concluded Test series against Sri Lanka. Thirty-four years old off-spinner took 468 wickets while representing Australia in 141 international matches.