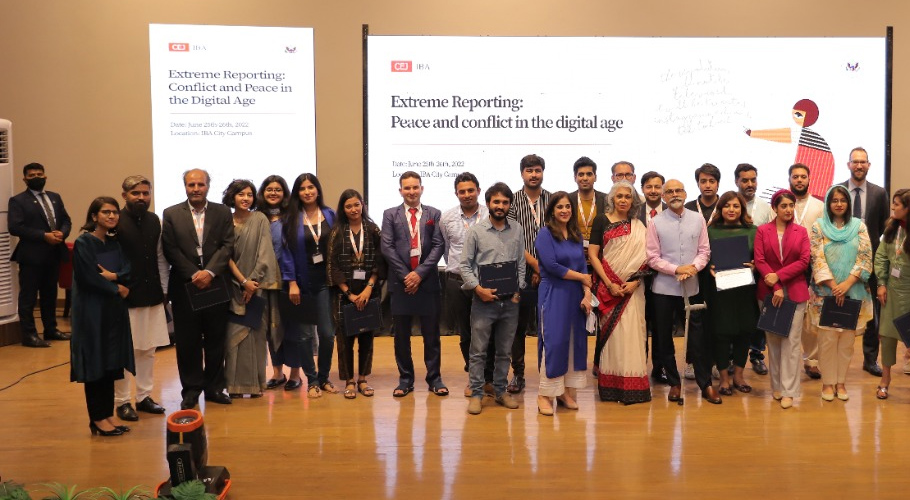 KARACHI: Social media has erased the line between truth and lies, and this is in my view is extreme reporting. Where facts, reality are manufactured but only if you have sufficient manpower and resource, you can alter reality, said Federal Minister of Power Khurram Dastagir Khan at the keynote address on the second day of the two-day conference on ‘Extreme Reporting: Conflict and Peace in the Digital Age’ held at the Centre of Excellence in Journalism at the Institute of Business Administration (CEJ-IBA) on Sunday.

“Extreme reporting is an endeavor that requires bravery and strength and courage. If you look at Pakistan’s history there have been courageous men and women who have tried to express the truth and they have suffered for it. For example, Journalists have been shot in broad daylight, kidnapped and what not.

“But the media has failed to save the public from lies. It has put us in a difficult position. It might be an exaggeration to say so but this erasure of the line between truth and lies is endangering democracy worldwide. But in this country, where democracy is a one leaf plant, is crushed every so often. The media’s challenges are immense – almost the same as those as elected representatives because there are certain truths that cannot be said in this country and that is a fact. Just look at Balochistan…why are we not allowed to talk about its truth,” he added.

The federal minister touched upon the civil military relationship and how it impacts the economy, the 2018 elections, ownership of media outlets, evolving technology and what is the truth. He also recited a couplet by Allama Iqbal.

Speaking at the award ceremony, US Consul General Mark Stroh said: “It has been a really fascinating couple of days. The US is supporting this Centre and training because we are committed to supporting journalists in Pakistan. We are proud to support this training programs at the CEJ-IBA. A strong professional press is important – especially in conflict – and it is through such trainings and conferences where journalists can play their role in shaping the discourse.”

The day ended with dinner and a musical performance by The Sketches.

The panel discussed at length the dangers of reporting from a conflict zone and shared their personal experiences. They talked about the importance of safety trainings and mental health check ins.

‘Woman have to think about additional safety measures when reporting in conflict zones’, said Ms Saifi.

“You are never prepared enough to be in a conflict zone, regardless of how well you know the region or how much you’ve studied or learnt over the years,” said Mr Malick.

BBC Urdu correspondent Sahar Baloch agreed with Mr Malick and said that anything can happen in the field.

Talking about the pressure from the desk while reporting in a conflict zone, Ms Baloch said that there is a style guide but “we are still told what to say. There is a lot of pressure. In print, it is easier as you can write it but on TV or on camera it is different. It sets a tone for your entire coverage. Also look at social media which does set another narrative. Each and every situation, however, is different,” she added.

The second session of the day, ‘Beyond Conflict?’ was moderated by media personality and lawyer Ayesha Tammy Haq. She was joined on stage by journalist and researcher Iftikhar Firdous, author and communication specialist Shahzad Sharjeel, journalist and writer Umber Khairi and journalist Zia Ur Rehman on the panel.

The panel discussed reporting in a post-conflict world and the need for media houses to invest in their reporters.

Talking about how the panel and participants were born in times of conflict and are products of conflict, Ms Khairi said that conflict is everywhere, the entire country is in conflict. “Yesterday at a session, we saw two politicians who had so much conflict in their tones and what they were talking about. I think it is important that when you look at conflict, you need to have some form of a reconciliation process as well.

For journalist Zia Ur Rehman, he only remembers conflict. “I was born in Karachi, my entire upbringing – school and university, everything was and still is in conflict. I don’t think conflict has ended, I think it has transformed and has a new face,” he said.

“If you look at Karachi, the conflict might look like its gone away but it has just been pushed into the background. The political, ethnic and sectarian conflict still exists but is not mainstream right now. We haven’t tried to understand or investigate why,” he added.

The last session of the day was ‘Is The Future Now?’ which was moderated by Dawn.com’s editor and chief digital strategist, Jahanzaib Haque. He was joined on stage by policy analyst and editor of The Friday Times and Naya Daur Raza Rumi, Balochistan Voices’ Adnan Amir, TV producer and co-founder of The Current Mehmal Sarfaraz and the founder of The Centrum Media, Talha Ahad.

For journalist and researcher Adnan Amir, when he started his career in journalism in Quetta, there was no space for him to contribute and mainstream media was not interested in covering Balochistan much.

“So me and a few other journalists got together and started our own platform ‘Balochistan Voices’ to get the news out. It is in English so our news would be accessible to a wider audience. We focus on different stories. For example, we did a data journalism piece on highway deaths in Balochistan and found out that more people die on the highway than terrorism,” he said.

This conference is a part of the Peace Journalism program, held by the CEJ in collaboration with US Consulate Karachi, that began in May 2021 and will conclude this month. The program included online workshops on peace and conflict reporting, mobile journalism, data journalism, social media & photojournalism. The program also offered a mentorship with senior journalists.

The participants of this program were mentored by senior journalists Shahzad Sharjeel, Lok Sujag’s Badar Alam, Beena Sarwar and Ayesha Tanzeem. Under the guidance of these mentors, the participants worked on their stories which were published on different media outlets and platforms. 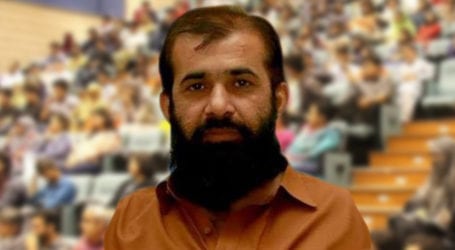 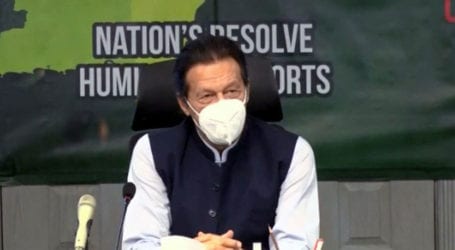 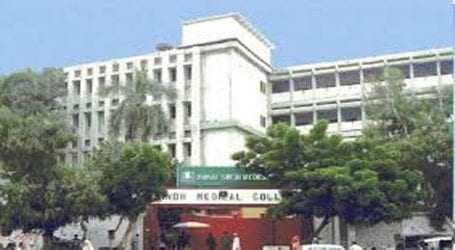