TEHRAN: Senior Iranian nuclear scientist Mohsen Fakhrizadeh-Mahabadi and his bodyguard were killed in a suicide attack near the Damavand area of Tehran on Friday.

According to media reports, the  52-year-old  scientist, a high-profile figure in the country’s nuclear energy program,  was killed along with his bodyguard on Friday in a suicide attack in the Absurd region of Davamand. The state TV of the country also confirmed the assassination of the scientist.

A professor of physics at the Imam Hussein University, he was a senior scientist at the Iranian Ministry of Defence and Armed Forces Logistics. No one has yet claimed responsibility for the assassination. Fakhrizadeh is said to have been at the helm of the so-called Project Amad – Iran’s efforts to obtain nuclear weapons.

According to the UN nuclear watchdog, the nuclear project was closed in 2003, but Israeli officials have repeatedly warned that Iran is yet to quit on the idea of obtaining nukes. In 2013, he reportedly traveled to North Korea under a fake identity to witness a test missile launch.

In 2018, Israel’s PM Benjamin Netanyahu disclosed Fakhrizadeh’s face to the world for the first time in a televised presentation based on troves of documents exfiltrated by the Mossad from Tehran. He was reportedly been described as the “father of the Iranian nuclear weapons” by diplomats.

News of the killing comes amid fresh concern about the increased amount of enriched uranium that Iran is producing. Enriched uranium is a vital component for both civil nuclear power generation and military nuclear weapons.

Iran insists its nuclear program is exclusively for peaceful purposes. Between 2010 and 2012, four Iranian nuclear scientists were assassinated and Iran has accused Israel of complicity in the killings. 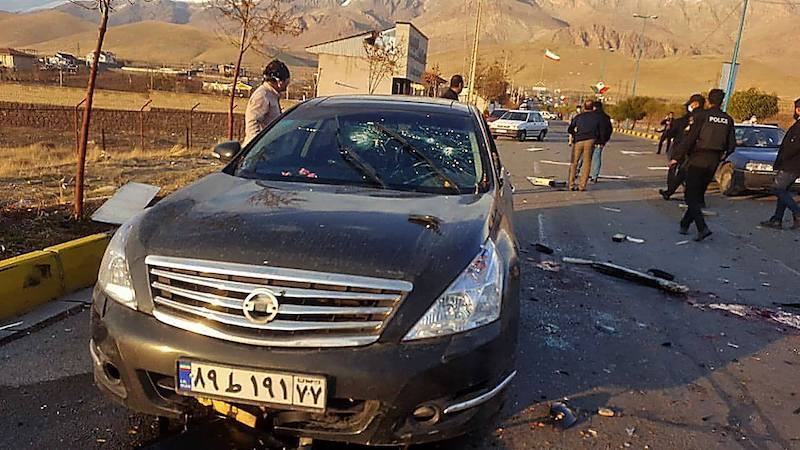