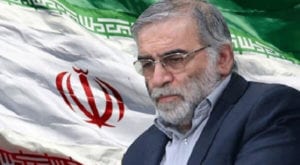 TEHRAN: Senior Iranian nuclear scientist Mohsen Fakhrizadeh-Mahabadi and his bodyguard were killed in a suicide attack near the Damavand area of Tehran on Friday. According to media reports, the  52-year-old  scientist, a high-profile figure in the country’s nuclear energy program,