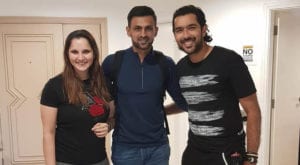 DUBAI: Indian tennis star Sania Mirza donated her signed racquet to Pakistani tennis player Aisam-ul-Haq to raise funds for his charity foundation. Mirza was recently in Karachi to meet her in-laws and watch a cricket match of the Pakistan Super 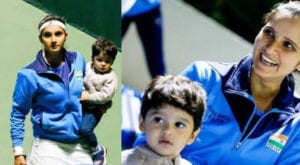 DUBAI: Sania Mirza, a renowned Indian tennis star and wife of Pakistani cricketer Shoaib Malik, has shared an adorable video with her son Azhan that has gone viral on social media. In the video, Sania Mirza is asking questions to 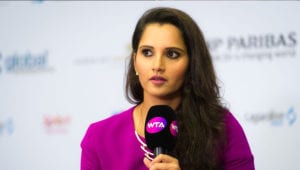 MUMBAI: Sania Mirza has become the first Indian to win the Fed Cup Heart Award for her successful return to the tennis court post motherhood. Sania won the award for Asia/Oceania zone after securing 10,000 plus votes out of the

DUBAI: Renowned tennis star Sania Mirza has expressed displeasure that there is a ‘cultural issue’ at play that makes people in the subcontinent blame women for men’s failures. While talking to Indian women cricketers Smriti Mandhana and Jemimah Rodrigues in 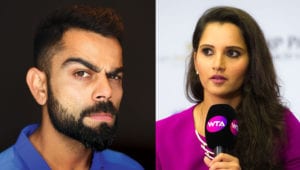 MUMBAI: India cricket team captain Virat Kohli, cricketer Rohit Sharma and tennis star Sania Mirza were among sports personalities who took part in an online concert to raise funds to fight the COVID-19 pandemic. As part of the initiative by 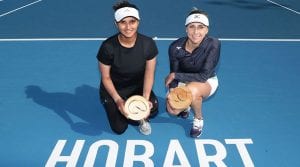 MELBOURNE: Indian tennis star Sania Mirza said her son had his own “entourage” and was waking her up at night as she heads into her first Grand Slam tournament as a mother at the Australian Open. Mirza, who will play 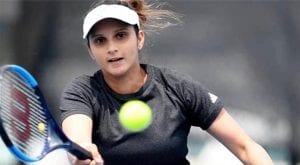 KARACHI: Famous Tennis star Sania Mirza returned to the tennis courts with a success after over two years of break. The first match of Sania in October 2017, on Tuesday Sania and her partner Nadia Kichenok from Ukraine dominated Oksana 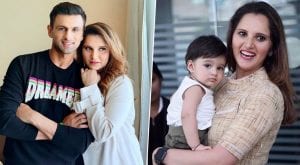 NEW DELHI: Indian tennis star Sania Mirza has opened up about her first meeting with former Pakistan cricket team captain Shoaib Malik. Speaking about how she met her future husband, the tennis ace spilled the beans in an interview with 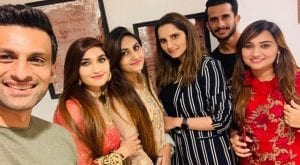 DUBAI: Sports celebrity couple Shoaib Malik and Sania Mirza hosted a dinner for newlywed cricketer Hasan Ali and his wife Samiya Arzoo. Both Shoaib and Sania hosted the party at their residence in Dubai. Hasan Ali  shared a picture of