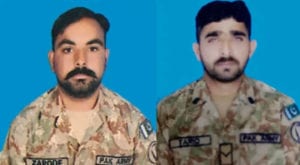 RAWALPINDI: Two Pakistani soldiers were martyred when Indian troops initiated ceasefire violations in Khuiratta Sector along the Line of Control. According to a statement by Inter-Services Public Relations (ISPR), Pakistan Army troops responded befittingly and inflicted heavy losses on the 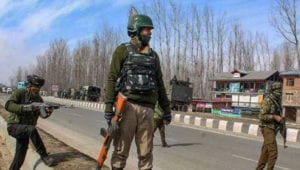 SRINAGAR: Indian troops in their fresh acts of state terrorism on Saturday martyred four more youth in occupied Kashmir. The troops martyred two youth each in South Kashmir’s Kulgam and Islamabad districts during cordon and search operations. Indian police and 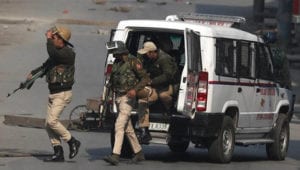 SRINAGAR: Indian troops in a fresh act of state terrorism martyred four more Kashmiri youth in Shopian district of occupied Kashmir, raising the toll to nine in the past 24 hours. The youth were killed by the troops during a 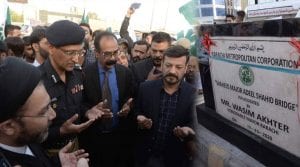 KARACHI: A bridge on the Main Rashid Minhas Road in Karachi has been renamed after martyred army officer Major Adeel Shahid who sacrificed his life for the country. On this occasion, Chairman Municipality East Moeed Anwar said the sacrifices by