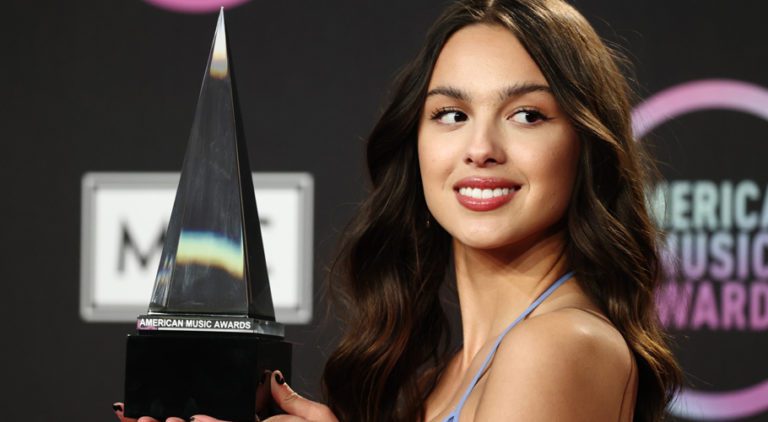 LOS ANGELES: Singer-songwriter Olivia Rodrigo has earned the title of Billboard’s 2022 Woman of the Year in her breakout year.

The former teen actor turned pop star will be honored as the 2022 Woman of the Year at the Billboard Women in Music Awards on March 2. Previous honorees also include Cardi B, Billie Eilish, Ariana Grande, Taylor Swift and Lady Gaga.

Rodrigo became 2021′s biggest breakout star with her confessional debut album, breaking chart records and racking up awards and nominations. Rodrigo’s exploration of heartache, jealousy and insecurity on ‘SOUR’ broke streaming records and led to all 11 tracks landing in the top 30 of Billboard Hot 100 chart, making her the first female artist to achieve the feat.

“Olivia’s trajectory to superstardom is the stuff of pop music legend,” said Billboard’s Editorial Director Hannah Karp in a statement. “Her talents as a storyteller and songwriter have made Olivia one of the most authentic and exciting new artists to explode onto the scene in years.”

“Connecting with audiences across generations through emotionally charged songs about heartbreak, jealousy and growing up, she’s achieved absolutely incredible chart success for a debut artist. We are thrilled to celebrate her unique voice and the enormous impact she’s had on fans around the globe in such a short time.”

Other award recipients at the Billboard Women in Music Awards include Gabby Barrett, Phoebe Bridgers, Doja Cat, Karol G, Bonnie Raitt, Saweetie and Summer Walker. The awards show will be held at the YouTube Theater at Hollywood Park in Los Angeles, hosted by Ciara on March 2.