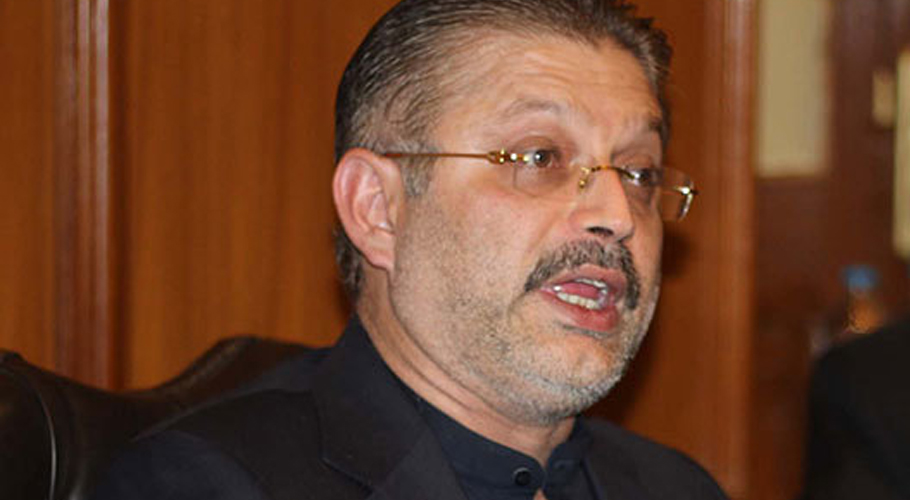 Sharjeel Memon has been given charge of Transport and Mass Transit Department. Source: Dawn.
May 4, 2022

KARACHI: The Sindh government has handed a second ministry to Sharjeel Inam Memon after completing official proceedings on the day of Eid.

The Sindh government administration has issued a notification on the first day of Eid-ul-Fitr (May 3), giving Sharjeel Inam Memon additional charge of Transport and Mass Transit Department.

The notification issued by the order of Chief Secretary Sindh Dr Muhammad Sohail Rajput states that Sharjeel Inam Memon along with Sindh Ministry of Information now has additional responsibilities of Ministry of Transport.

On April 22, Sharjeel Memon took the oath after he was notified by the chief secretary a day earlier as part of the Sindh cabinet. Memon was assigned the portfolio of the provincial information ministry.

The provincial government had de-notified Sindh Transport Minister Awais Qadir Shah as a member of the provincial cabinet to make place for Sharjeel as the Constitution limits the strength of cabinet to 18. 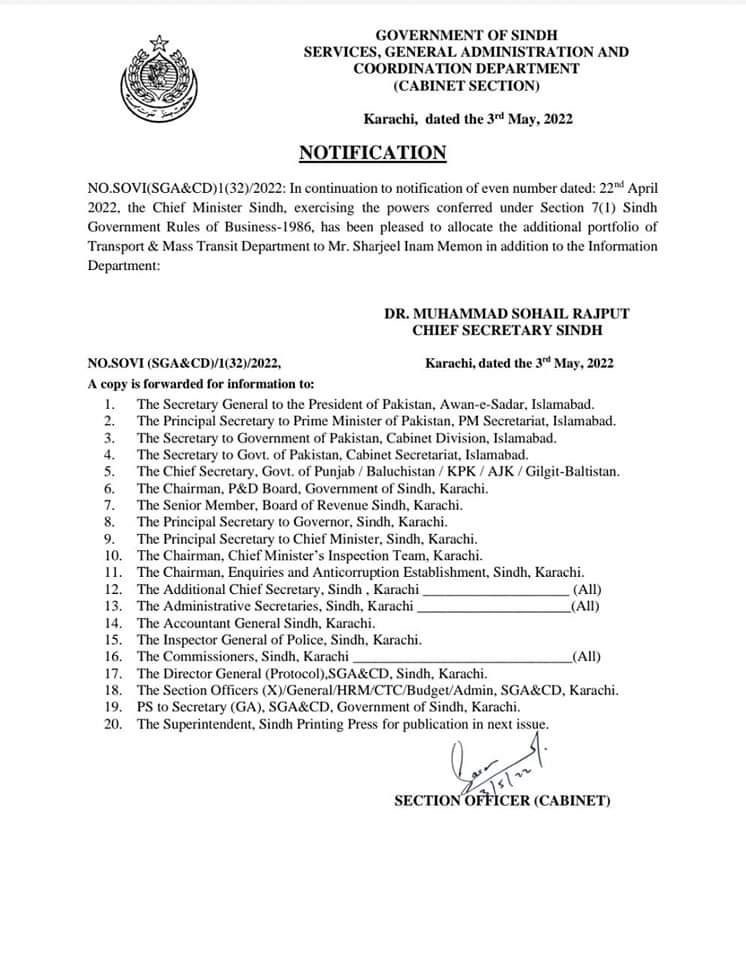 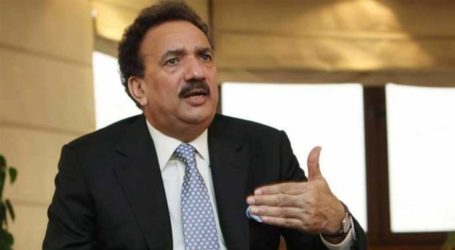 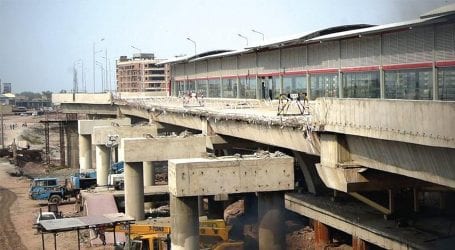 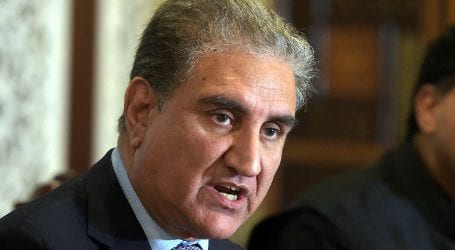