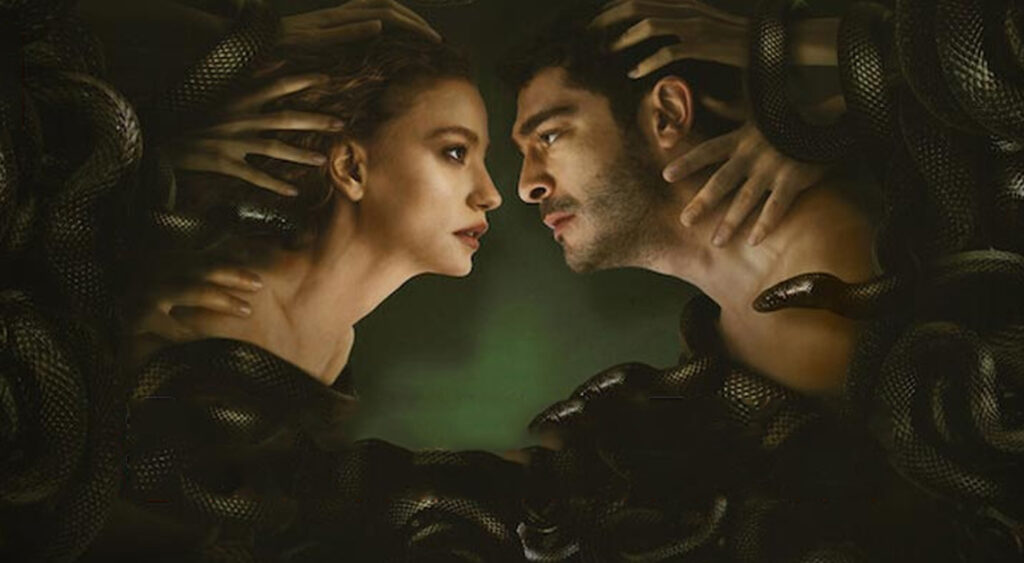 Shahmaran is a 2023 Turkish supernatural thriller drama streaming on Netflix.

Shahmaran is a new series in the fantasy, adventure, thriller, mystery, and drama genres. The story is fascinating, and the scenario is based on an actual mythological creature well-known in Iran.  Each episode is around an hour long and there are eight episodes to the series, but there is a lot of story to cover.

The plot follows a college lecturer named Shahsu as she visits the Adana province of the country from her native Istanbul to conduct a semester of special classes and also to meet her estranged grandfather.

The supernatural slowly drips in as she finds herself amidst the Mar community, which believes in the legend of Sahmaran, the ancient queen of snakes.

As a thriller series, though, “Shahmaran” falters at its pacing, as it stores all the information for the very last minutes. Ultimately, there is also the feeling that the purpose of the first season of “Shahmaran” was to build up to a grander second iteration.

Will there be a season 2?

Unfortunately, for the time being, Netflix has not renewed Shahmaran for a second season. The streaming platform would rather wait a few months to learn the details of its original creation.

STREAM IT. Apart from episode one which was quite slow, the eight-series drama is indeed thrilling to watch. And who does not want Serenay Sarikaya’s striking presence as Sashu, along with Maran and more intriguing twists to witness in the mystery drama?

Season 1 of Shahmaran is streaming on Netflix since January 20, 2023. 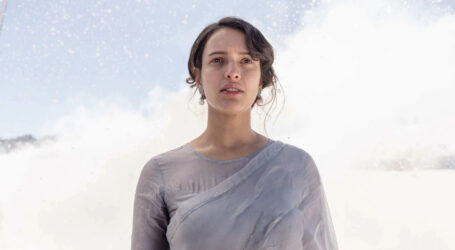 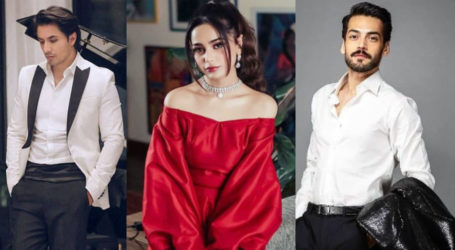 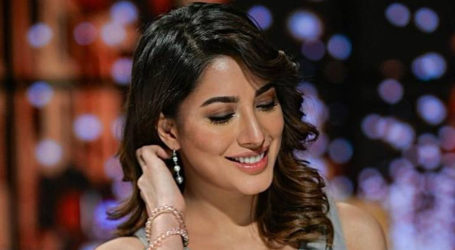