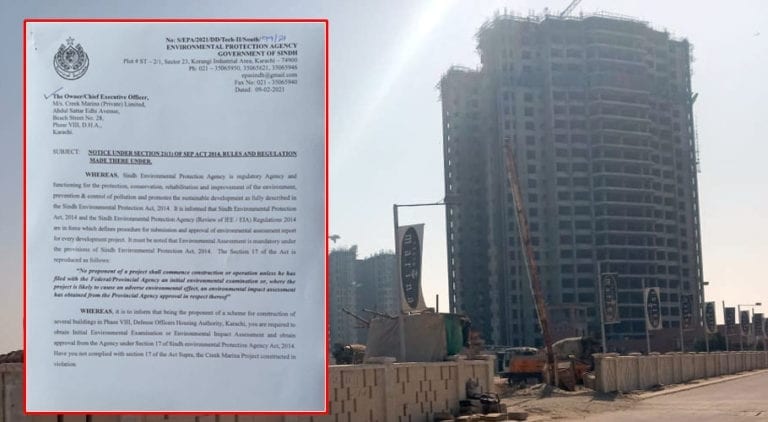 The long-delayed Creek Marina, a six-star residential and commercial high-end development, started construction in the early 2000s and was meant to be finished in 2010. The project has been approved by Defence Housing Authority (DHA) and has been developed by Singapore-based Meinhardt, a leading designing and architectural company.

SEPA Deputy Director Imran Sabir has written a letter to Owner/CEO of Creek Marina for violations under Section 29(1) of the SECP Act 2014.  The SEPA 2014 Act defines procedure for submission and approval of environmental assessment reports for every development project which is mandatory for every project.

According to the notification, Section 17 of the act states “No proponent of a project shall commence construction or operation unless he has filed with the Federal/Provincial Agency an initial environment examination of, where the project is likely to cause to cause an adverse environment effect, an environmental impact assessment has obtained from the provincial agency.”

SEPA informed that Defence Officers Housing Society are required to obtain initial environmental examination or environmental impact assessment and obtain approval from the agency. It said the Creek Marina project is in violation is not complied with the SEPA Act.

SEPA has directed the owner/CEO of the project to appear for personal hearing on February 15 to clarity their position regarding non-compliance of SEPA rules along with the approval and building plans. It said the legal proceedings will be undertaken over failure to appear.

A case was also lodged against the management of the Creek Marina project. The court restrained CEO Shehzad Naseem from buying and selling in the project but the management has refused to comply with the court’s order.

In October 2020, Sindh High Court has issued notices to SEPA, DHA and others on a petition against the construction of Creek Marina project and stopped the sale of properties.

SHC’s division bench after preliminary hearing of the petition had issued notices to the SEPA, DHA, creek marina, Clifton cantonment board and others and called their comments within two weeks. 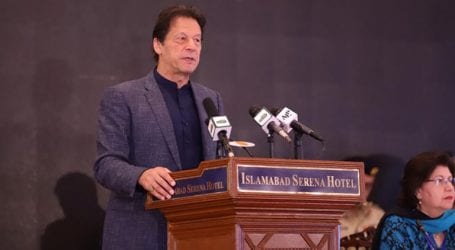 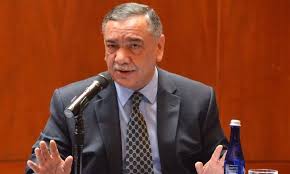